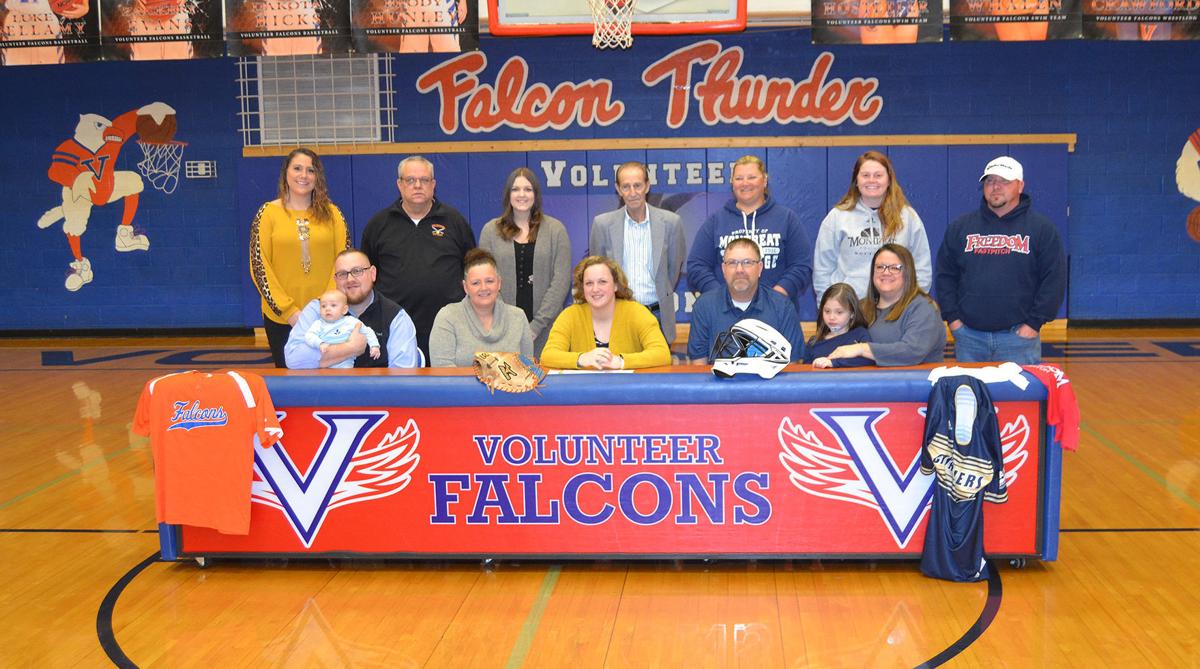 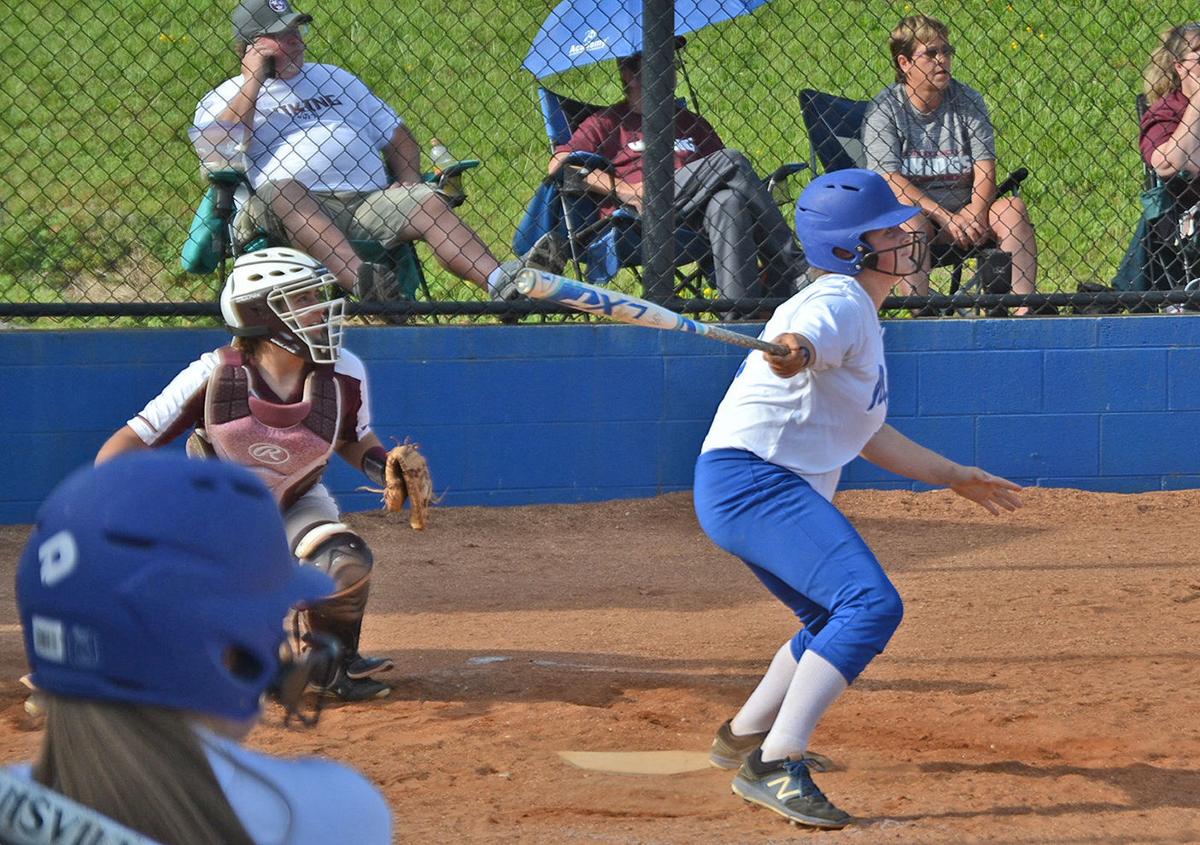 “I’m excited,” said Lawson, a four-year starter at catcher for Volunteer. “Playing travel ball this year for Freedom Fastpitch, the coach helped us out finding colleges that best fit us. I know girls that play over there and I know a few that have signed to go.”

“Oh boy, I’m excited about her,” said Montreat head softball coach Heather Maston. “She’s a great kid, great catcher, great athlete. We’re excited about her behind the plate, her speed on the bases, her bat. I’m pumped about her.

“I’ve watched this kid the last couple years and to finally have her sign is exciting. We’ve actually followed her travel team the last few years and we’ve had a couple of kids come from that team, so we had a good relationship there,” said Maston.

“Aleah Smith is playing for us right now. She’s from Maryville. Brie Shoemaker picked up with them a little bit. She’s from Alcoa. I’ve recruited a couple of kids who ended up going elsewhere, but they’re doing great.”

“She’s probably one of the better defensive catchers around,” Strickler said. “I’ve only had two freshmen to come in and start as catchers and that was Kelly Kirk and Myrtle. Myrtle has had an outstanding career.

“When she came in, she was an outstanding defensive player. She did all the things right and worked at it. We’ve even played her in the outfield. The team we were playing had hit a bunch of home runs and I told her, ‘You’re going to right field.’ She said, ‘I’ve never played out there.’ I said, ‘I don’t care. We’re going to pitch out there and they’re going to hit it.’ She made as good a catch as I’ve ever seen, a diving catch,” Strickler recalled.

NFL draft will be in ‘fully virtual format,’ leaving Packers GM Brian Gutekunst and staff to work from home

“I guess her biggest thing is how much she’s improved hitting in her last couple years. Last year, she hit .357, made all-conference, had some big games where she went 3-for-4, and things like that. Her defense has always been there. She’s gotten better and better as time has gone on from her freshman year when she hit under .300 until now .357 last year.

“We expect bigger things out of her this year. She can slap, she can do it all. She can hit 4 or 5, but you can also put her up there at No. 2, because she controls the bat really well,” Strickler said.

“She comes from a good family. Her sister Alix played four years for me. They’ve done what they’ve needed to get Myrtle where she’s at. She’s had a lot of adversity. She had gall bladder surgery. One year she had a shoulder injury. But she’s always worked through it. Now, you’re starting to see a leadership quality that I have never seen. She has really stepped up as a leader. She’s going to be hard to replace,” Strickler said.

She dabbled in other sports, but softball was always for her.

“I’ve been playing travel softball since I was five years old,” Lawson said. “It’s exciting. I have older siblings that have always played and I really liked the game watching them when I was little and I picked it up.”

“I’m going to go over there to be a catcher,” said Lawson, who likes being the backstop because “you’re able to see the whole field and you’re always in the game and in the action.”

Asked if she has any area in need of improvement, Lawson said, “My only goal is to be able to hit better by the time I go over there.”

Lawson said what she’ll remember most about her time at Volunteer would be “definitely my memories of the games with the girls, being able to have friendships throughout the game.”