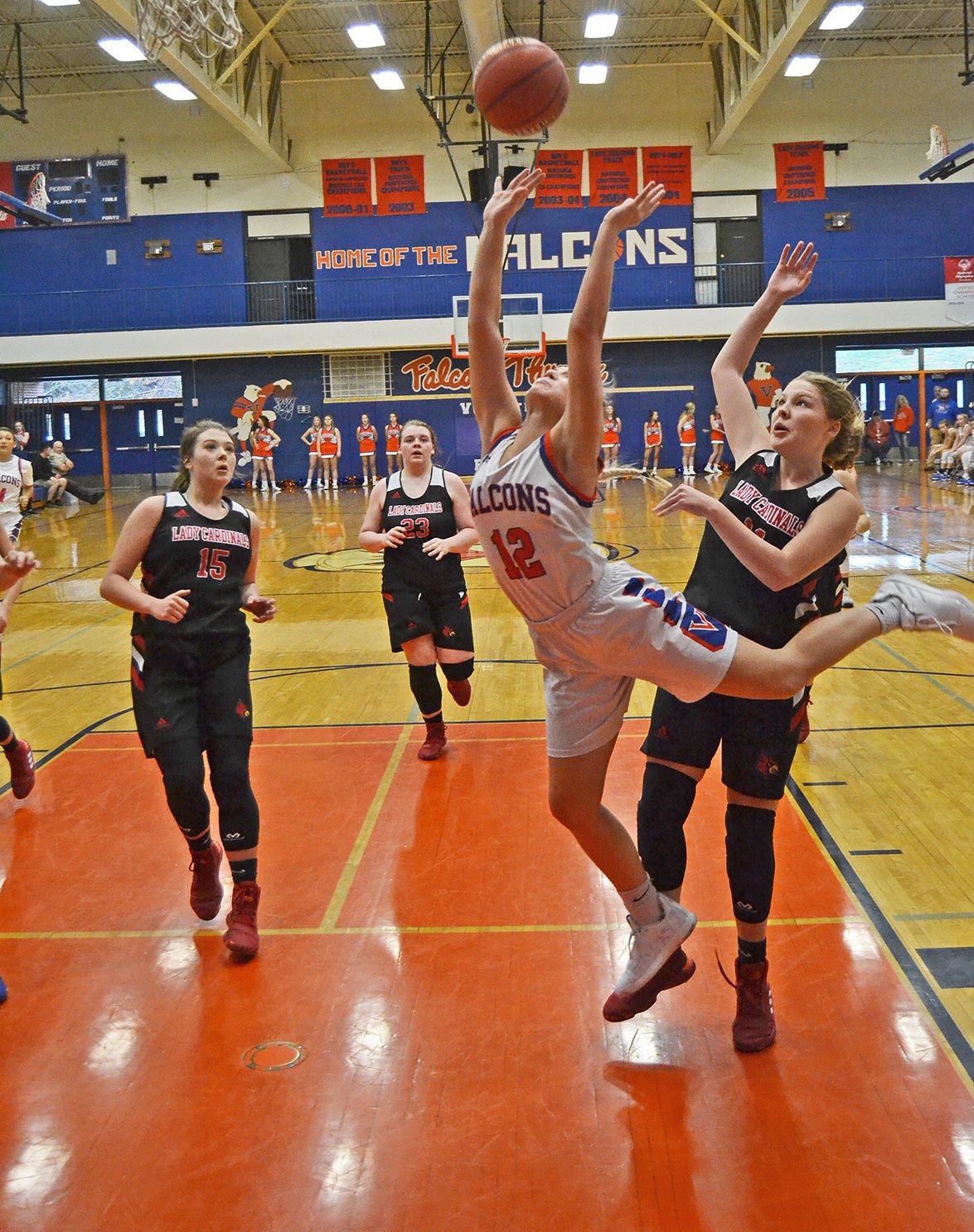 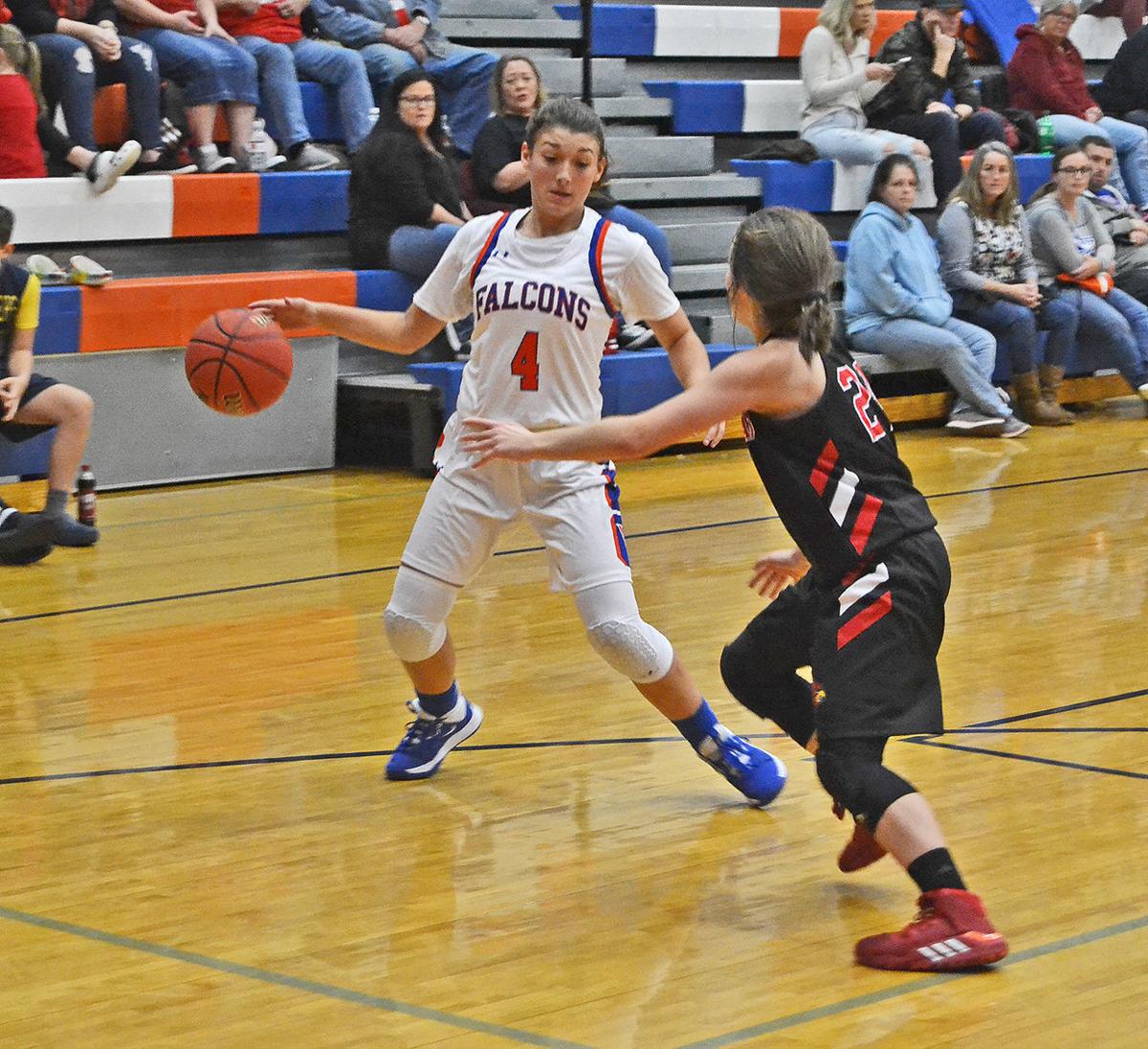 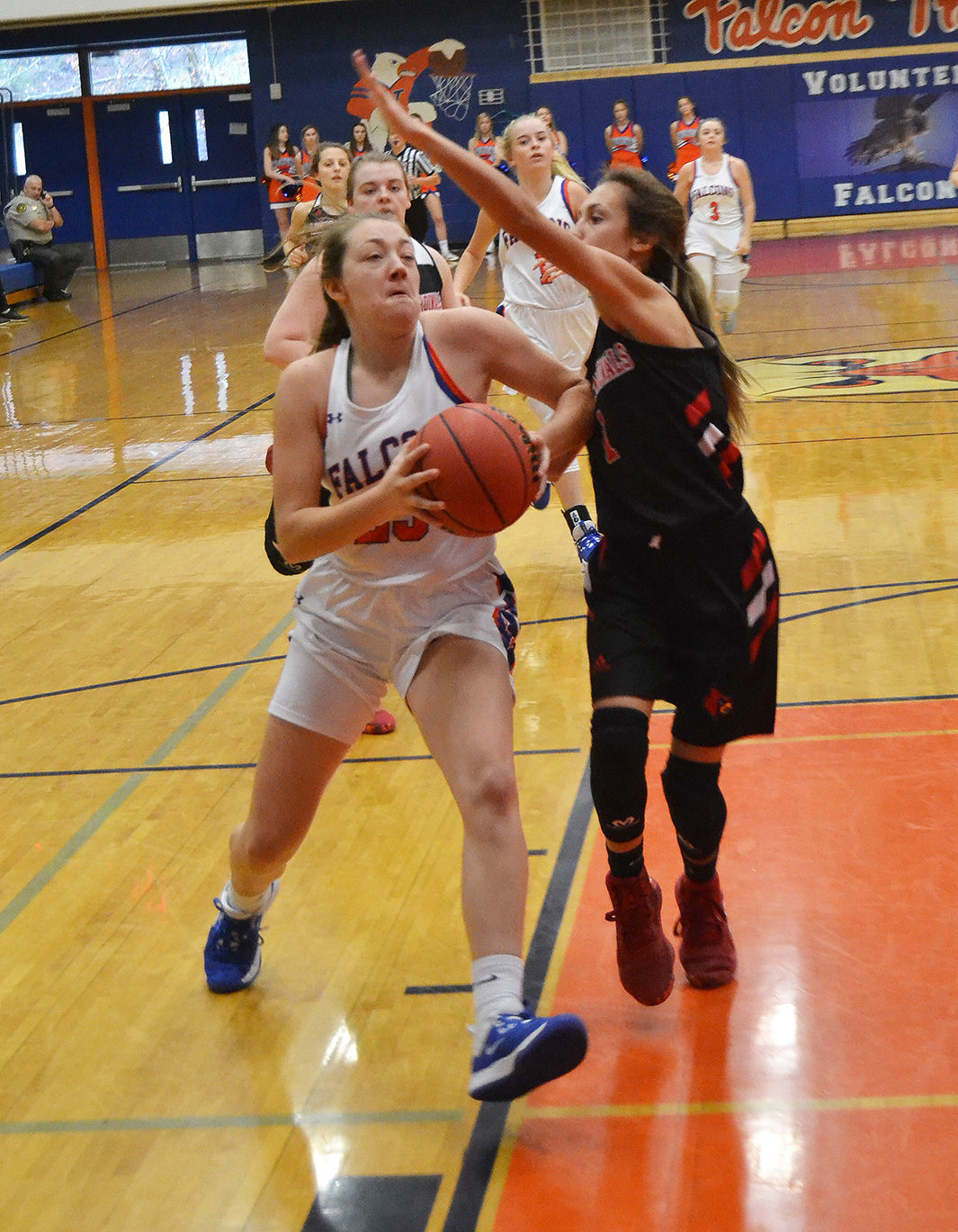 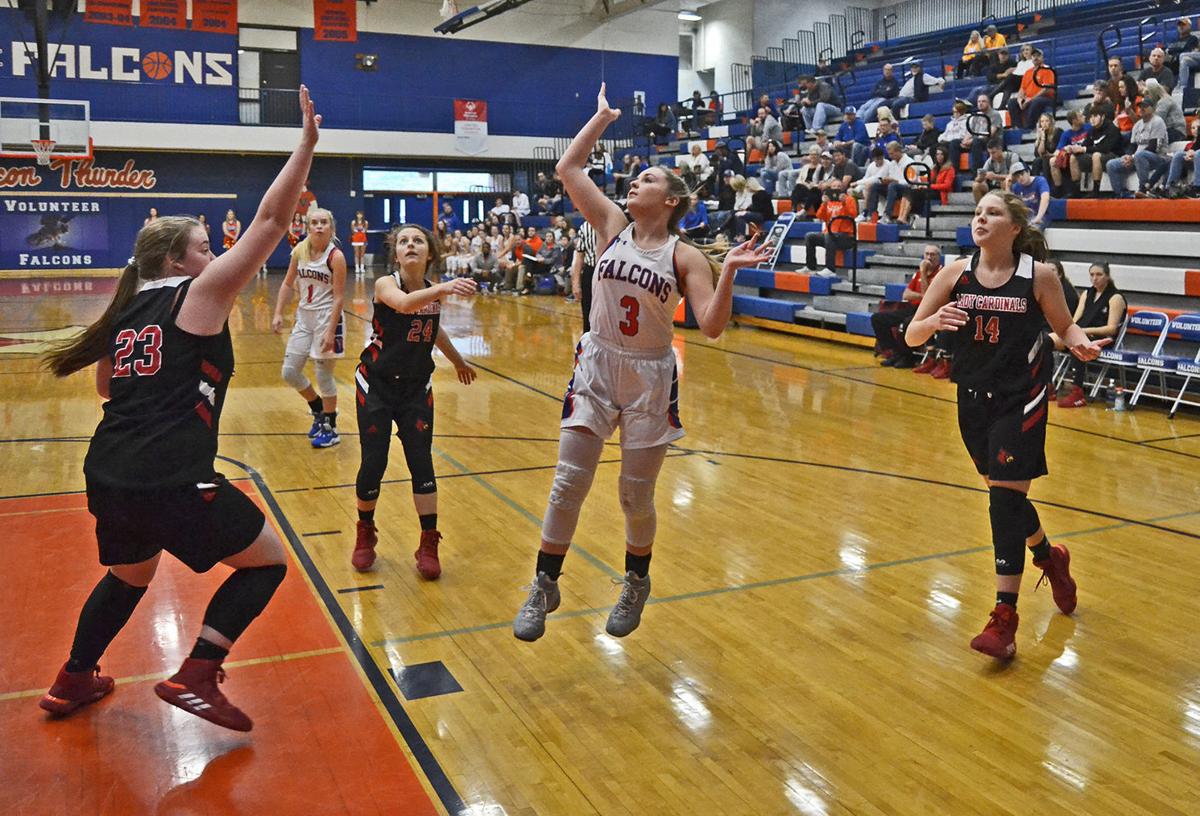 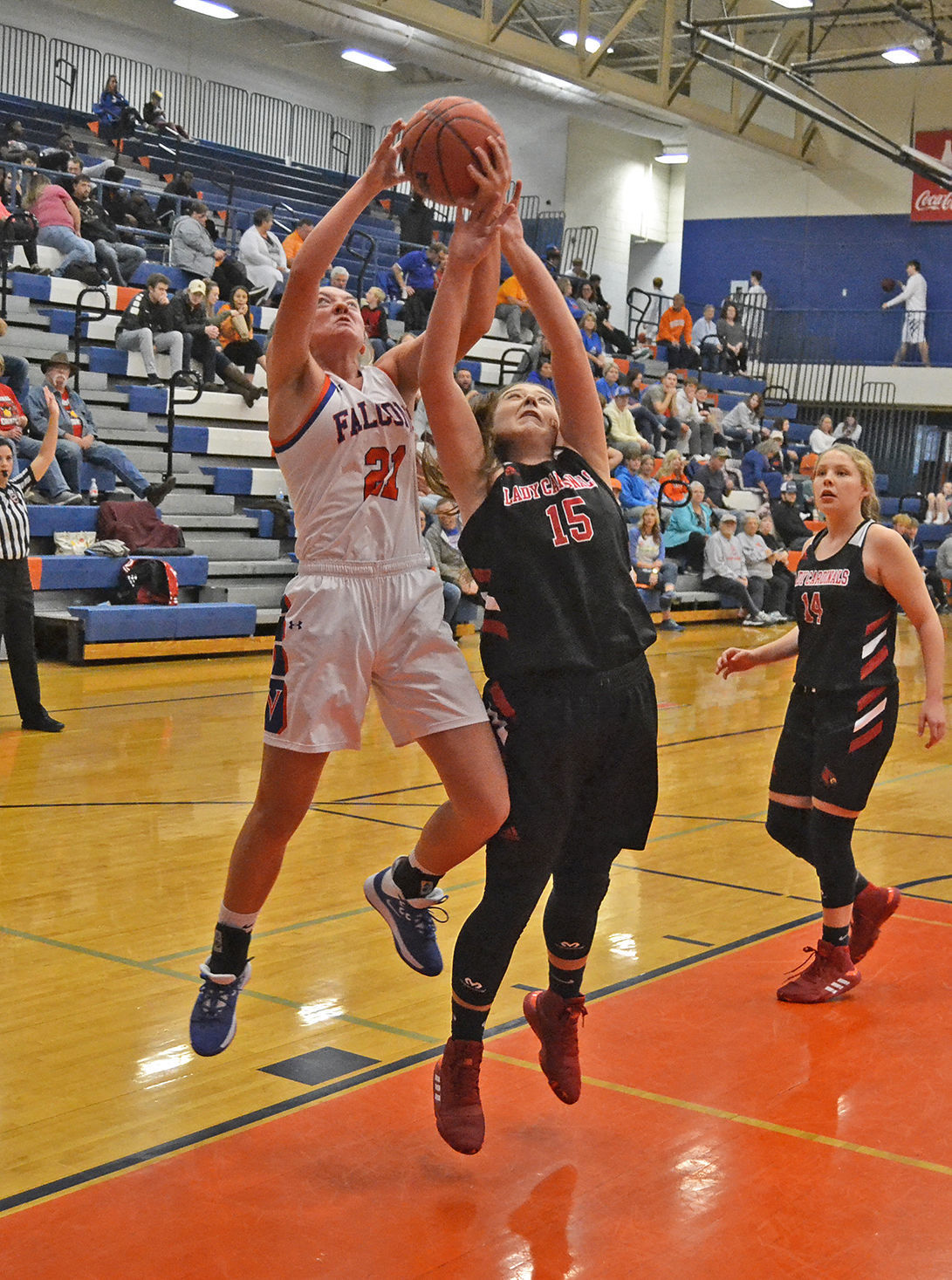 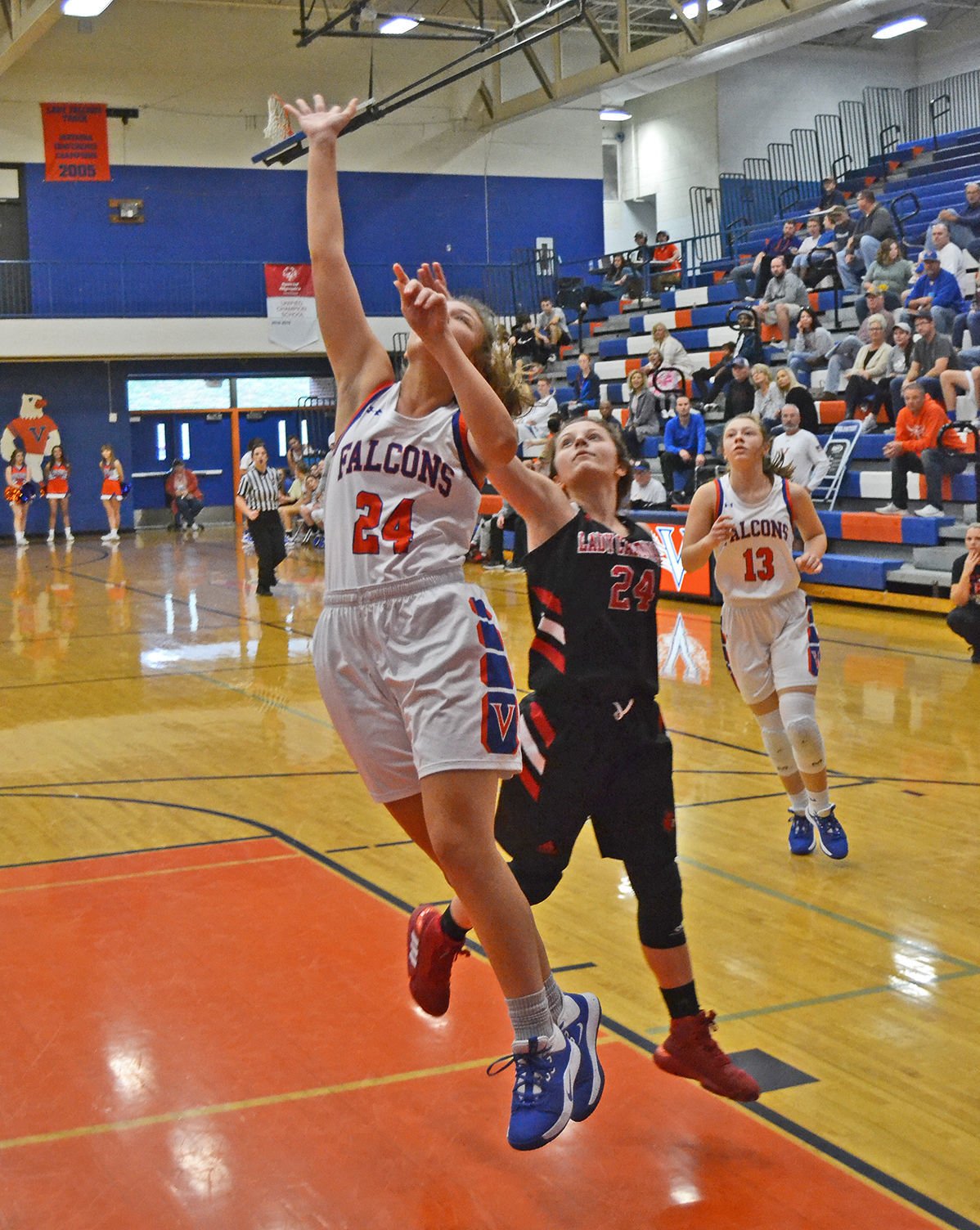 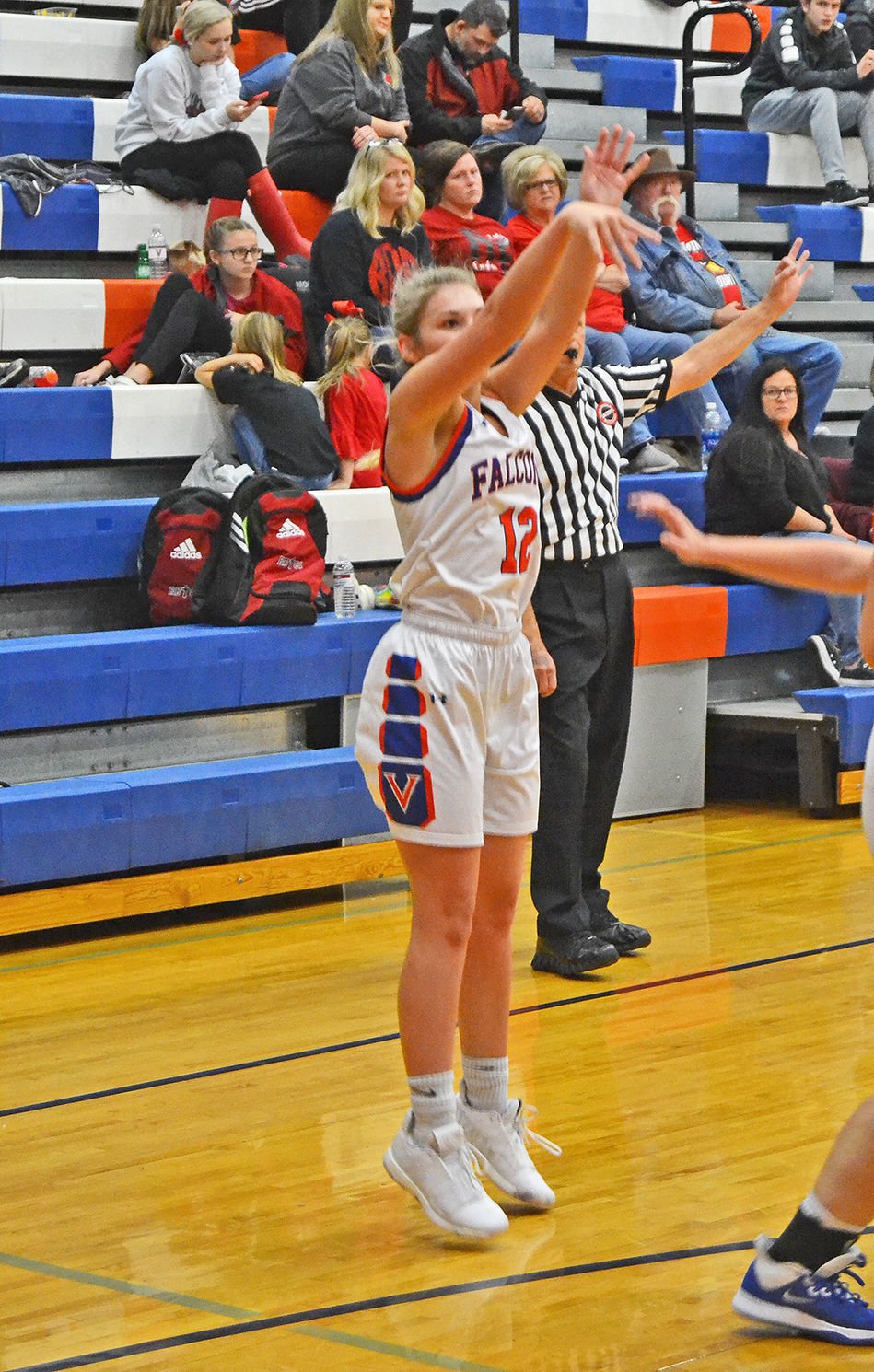 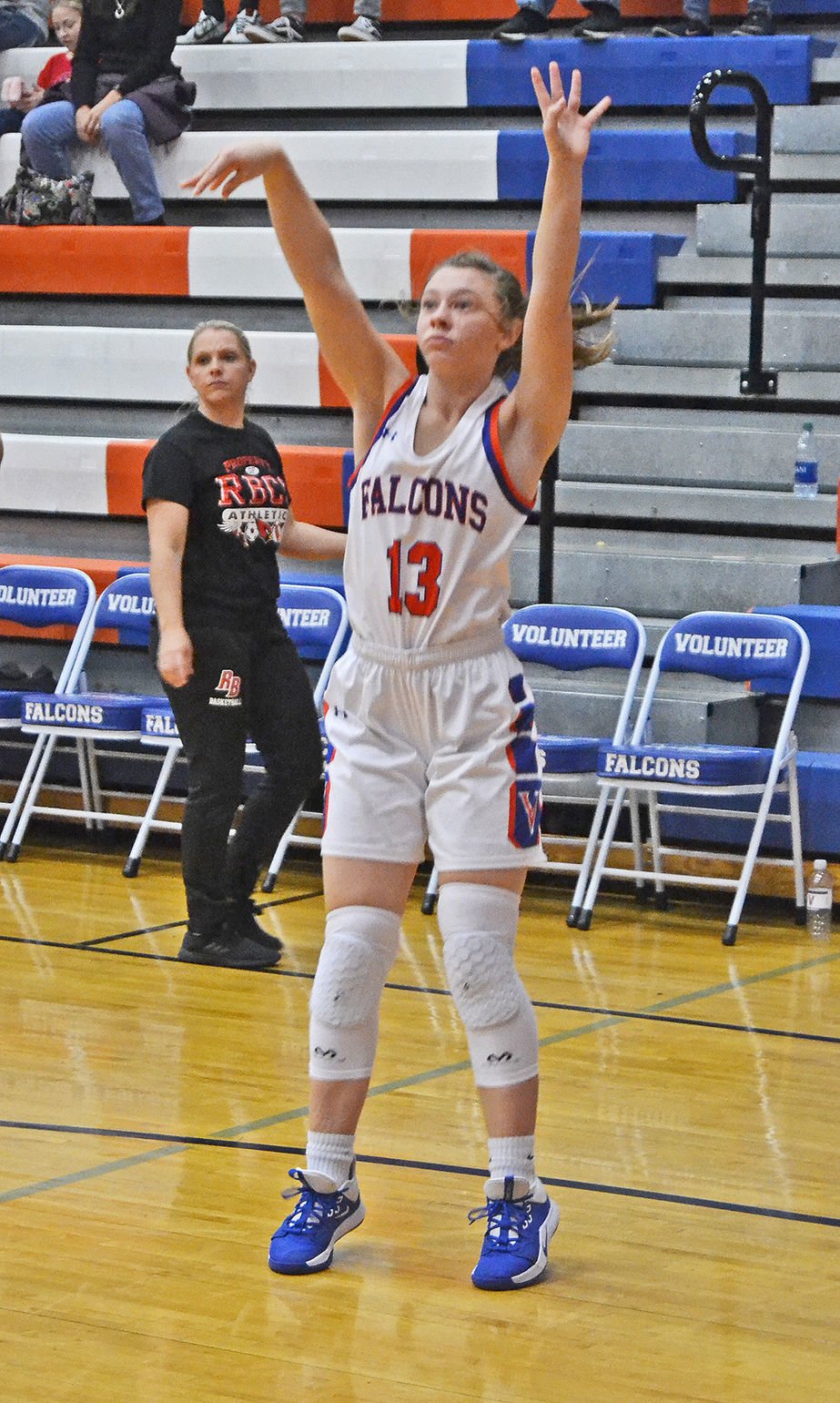 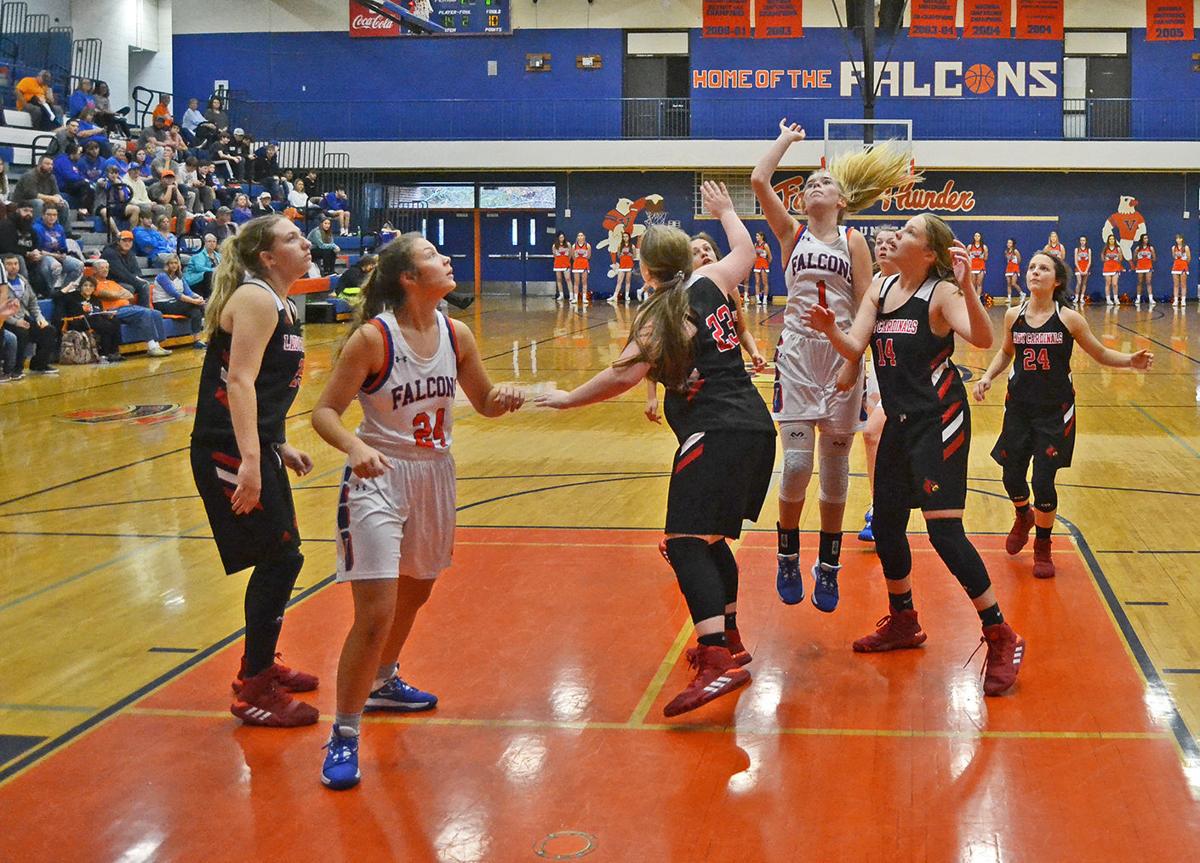 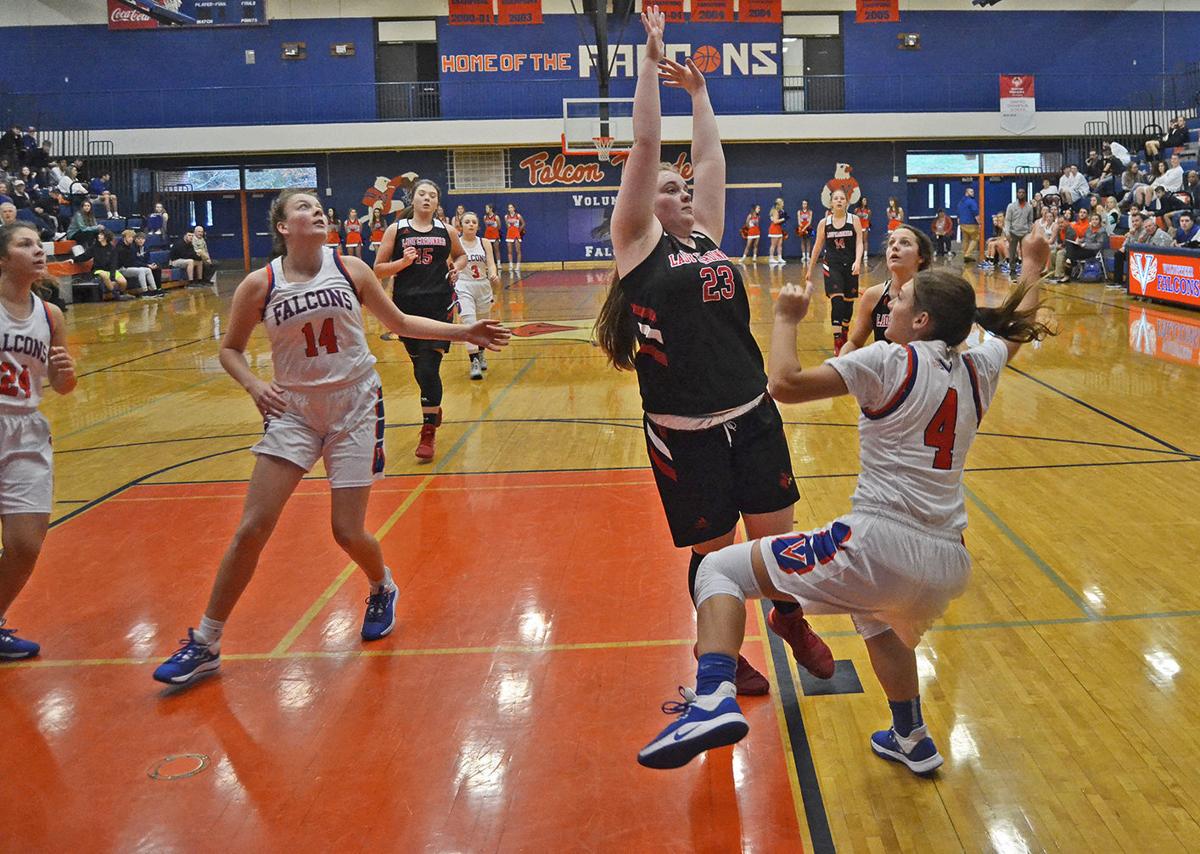 CHURCH HILL – Volunteer jumped out to a 24-5 lead then coasted to a 61-43 victory over Red Bird Christian (Ky.) Saturday afternoon at the Falcons Nest.

The Lady Falcons shook off flat performances in two Hall of Fame games Thursday at the Nest, a 65-38 loss to Unicoi County and 59-36 loss to Johnson County.

“I don’t know what team that was on Thursday,” Volunteer coach Tyrone Smith said. “I was shocked. I wouldn’t say that we’re not good, because I think we are pretty good when we play the right way. I just think it was excitement and our shots weren’t falling.

“Unicoi County and Johnson County are two veteran teams that played good basketball – give credit to them,” Smith said, adding it was the first real game competition for his newly-assembled Lady Falcons this season.

“That’s what we’ve got to do as coaches. We will take our bruises right now. I don’t care if we win by half a point. By January, when it counts, we will be ready. We will be disciplined and ready to play,” Smith said.

“We watched a lot of film (Friday) and learned from our mistakes,” Smith said. “The girls played well today. We executed our plays the right way. They worked. We shot off the rhythm. It’s something to build off.

“I don’t dwell over a loss. A loss is a loss. You just get better. Get to the drawing board and fix the next problem. We have 30-something games left to play, so I’m not dwelling on Thursday. They’re not even in our conference. Those are preseason games to me. I’m focused on the regular season and our regular season started today,” Smith said.

Junior Kenady Knittel and sophomore Audrey Evans had strong games, leading the Lady Falcons in the first quarter and overall in scoring. Knittel had nine of her team-high 20 and two of her four three-pointers in the first, while Evans scored five of her 12 and one of her two threes in the opening period as Volunteer forced numerous turnovers.

“That’s what I wanted to do,” Smith said. “This year, I want to be aggressive. I can deal with fouls if they’re aggressive fouls. That’s why I was okay with it.”

Despite getting into the bonus with 5:29 left in the second period, Red Bird couldn’t take advantage, shaving just one point off Vounteer’s 24-5 first-quarter lead to close within 37-19 at the break, and one more to trail the Lady Falcons 51-34 after three periods.

“We were very aggressive from the beginning like we should be,” Smith said. “We got into some foul trouble very early. My whole starting five had three fouls going into the second half, so I had to play some young bucks in the second half.”

The Lady Falcons stayed afloat, keeping the Lady Cardinals at bay the rest of the game relatively unchallenged. Red Bird got to within 13 twice, but that was it.

“With the experienced being out with foul trouble and the inexperienced playing, they made some runs. But at the end of the day, all I care about is us having more on the scoreboard than the other team. We pulled out a win, so I’m very happy about that,” Smith said.

Alyssa Gibson led Red Bird with 22 points, including three from beyond the arc. Emily Roark added 11, one three-pointer and 8-of-14 from the foul line.

Volunteer will be among eight schools playing the first-ever girls bracket in the 30th Annual Hardee’s Classic Thanksgiving week at David Crockett. The Lady Falcons will get three games between Monday and Saturday.

“It’s a good one to start off with, going into the Hardee’s Classic on Monday,” Smith said of the Red Bird win. “It’s something to build off of. I’m very excited for these girls. They needed it. They wanted it. I’m very happy for them.”

Smith likes the holiday tournament competition for his young team.

“When you’re playing at a neutral site it’s different,” he said. “I like it, because you never know if you make it far. Also, playing in a different environment than playing at home. I like that, too.

“Just being in that tournament environment over the holidays, I like it. I’m excited about it. We’ll just take them one game at a time. We’re not looking ahead. We’re just looking on to the next opponent,” Smith said.