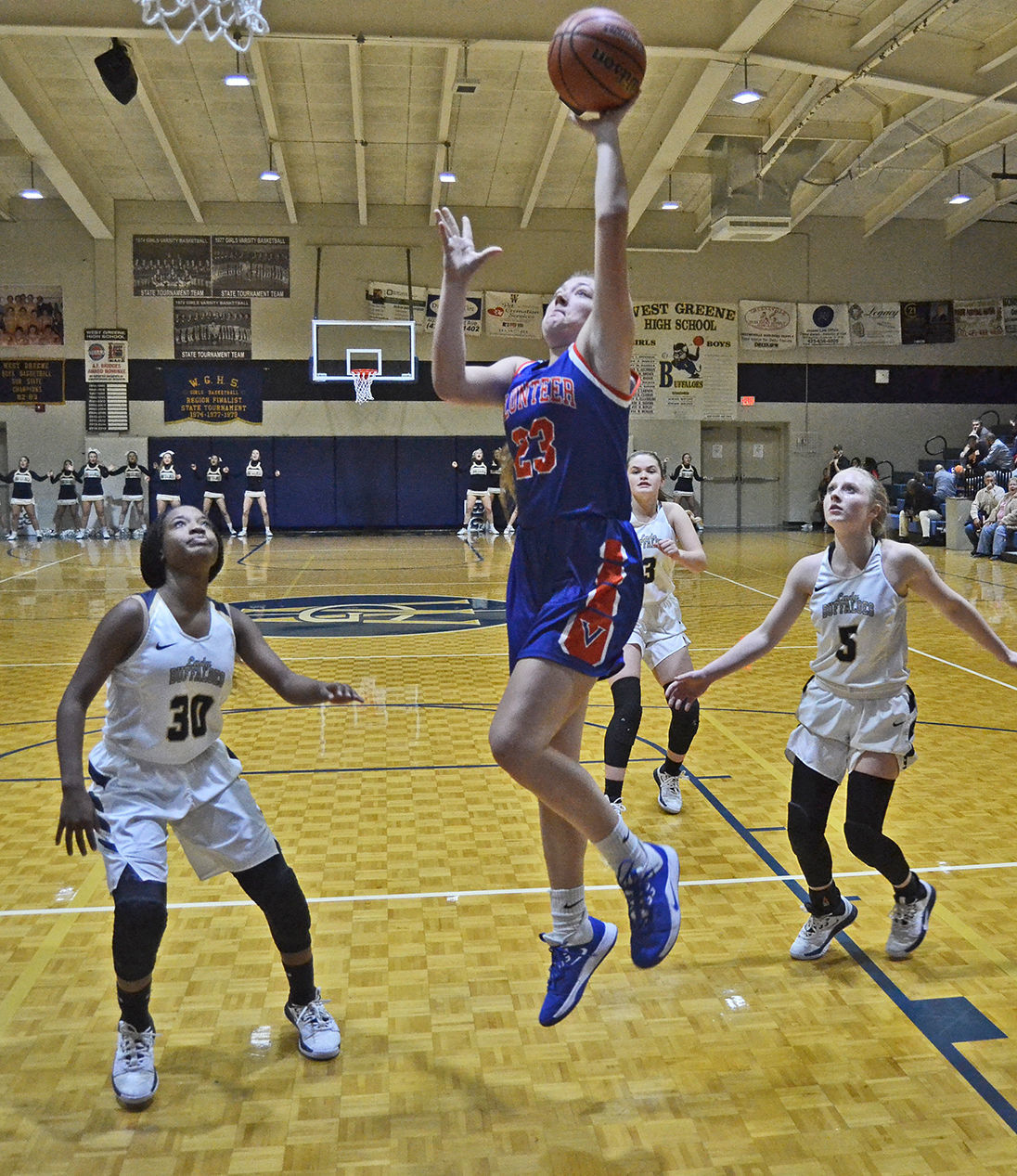 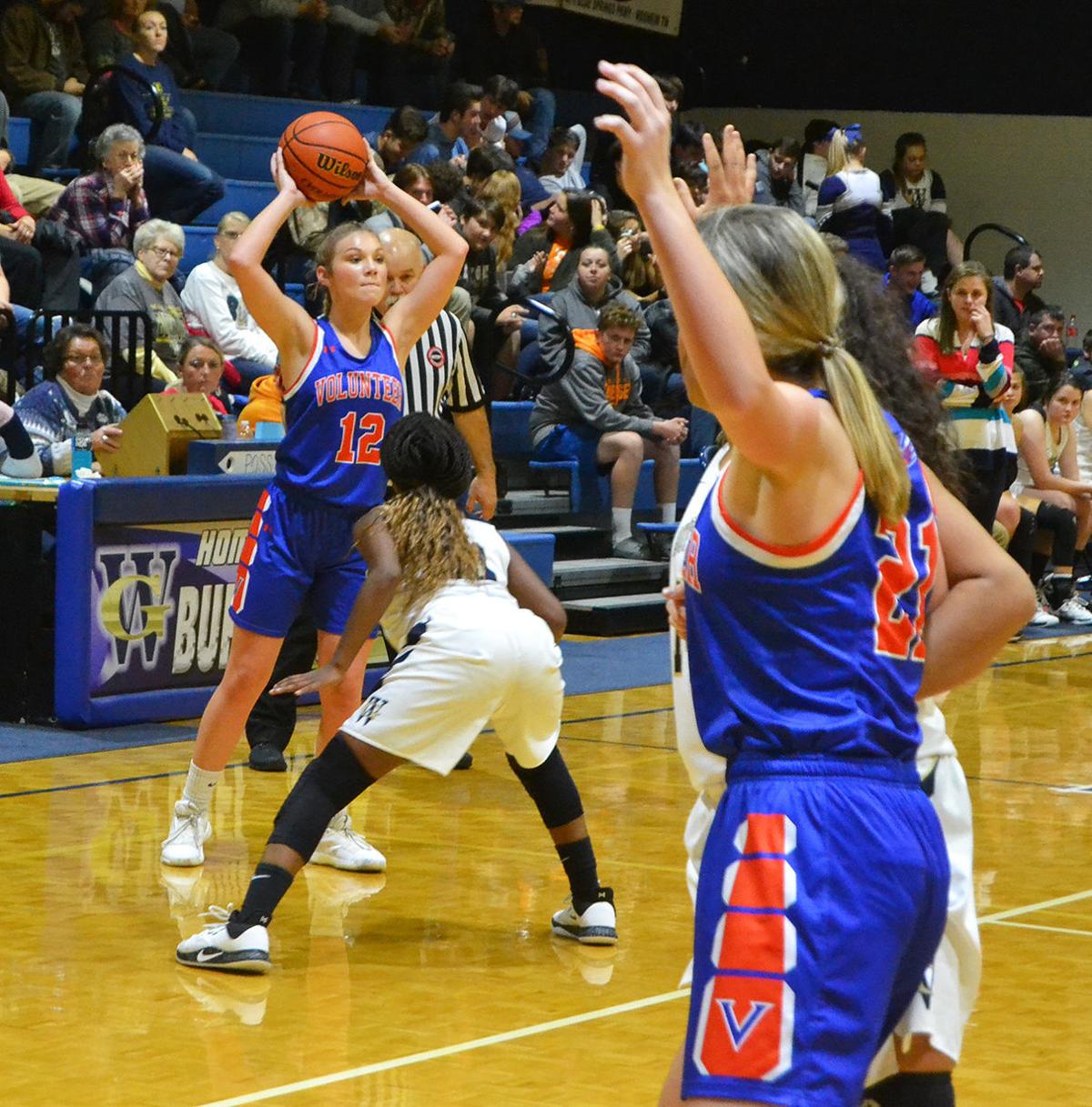 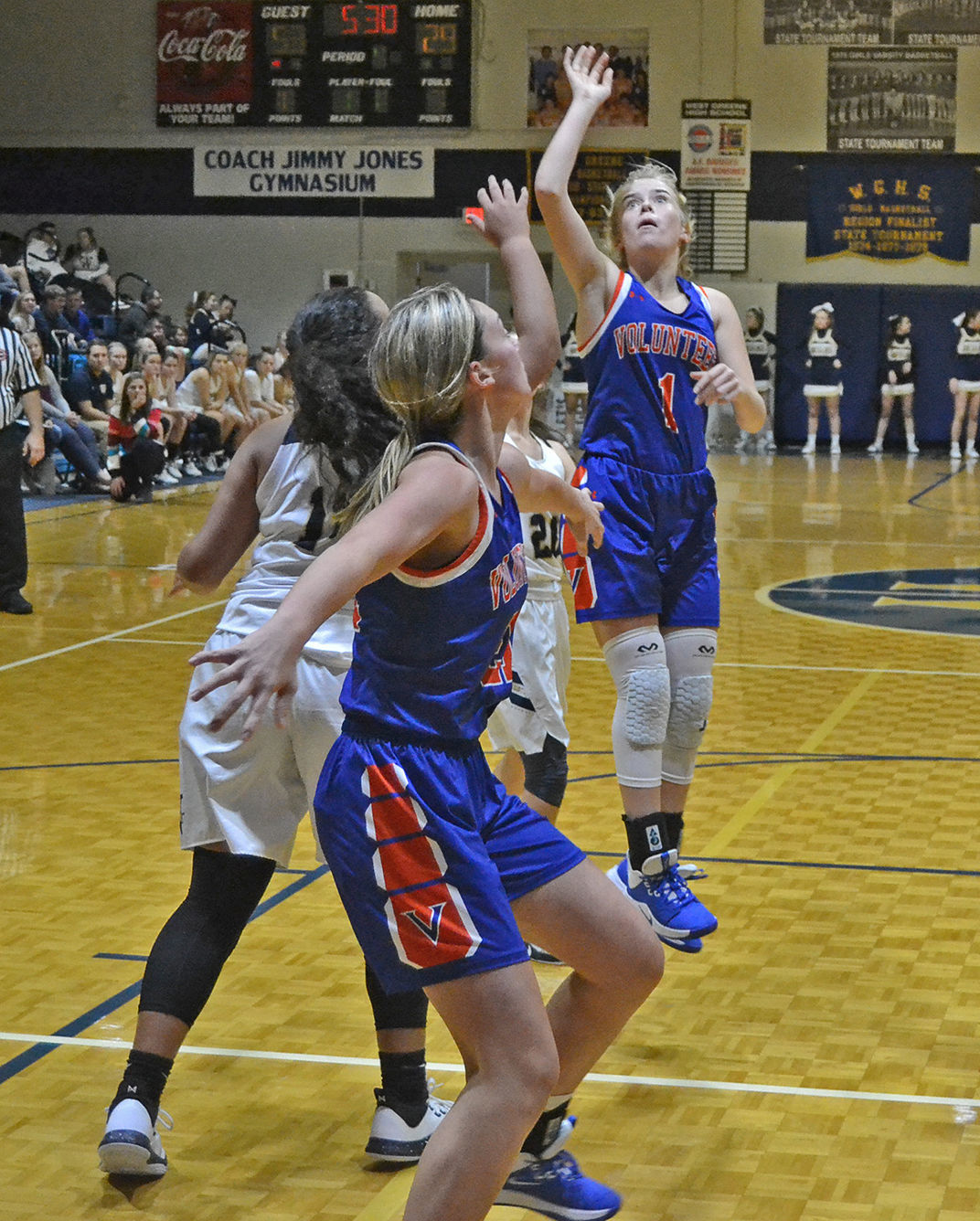 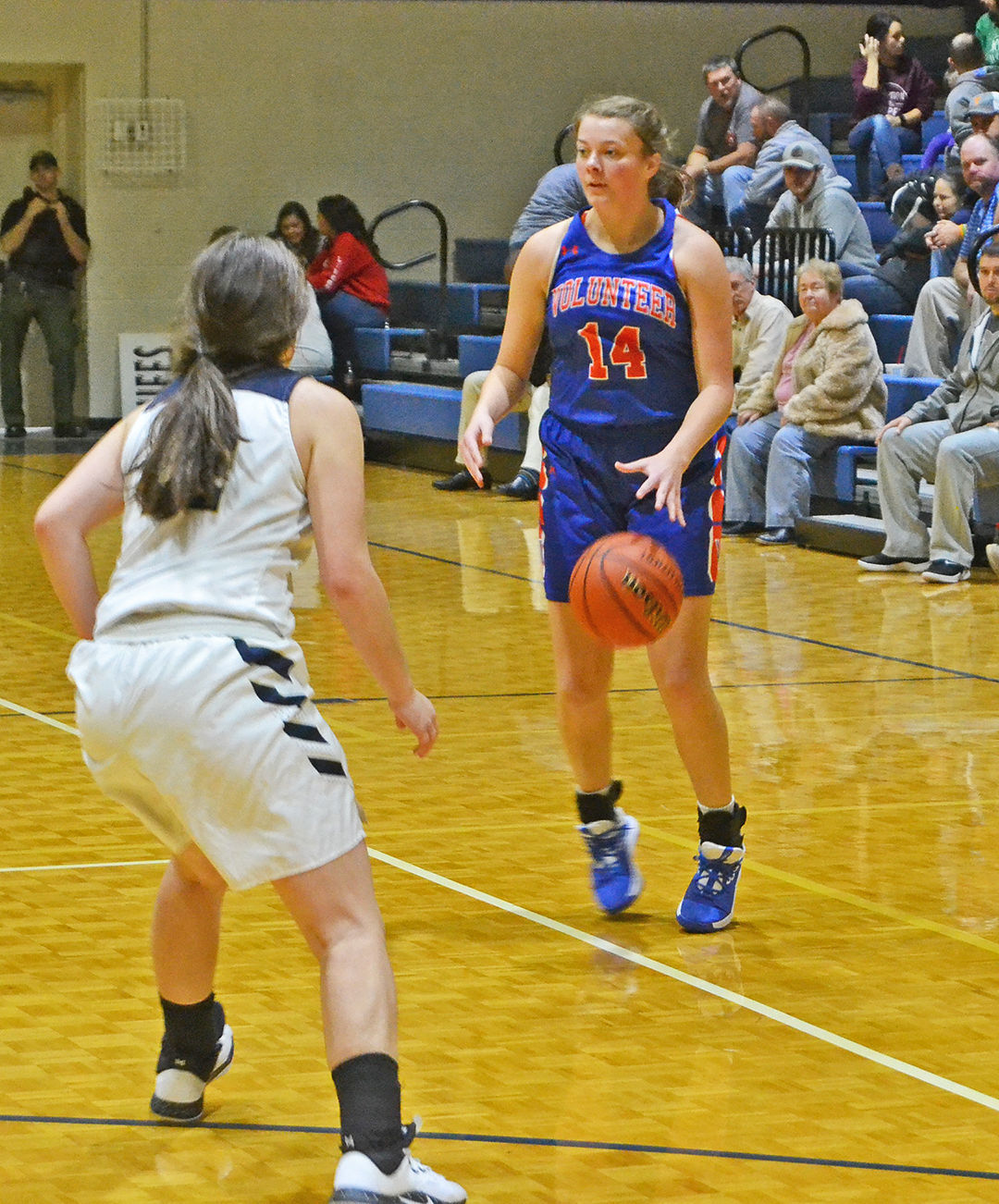 Raenah Barton (14) looks for a teammate. 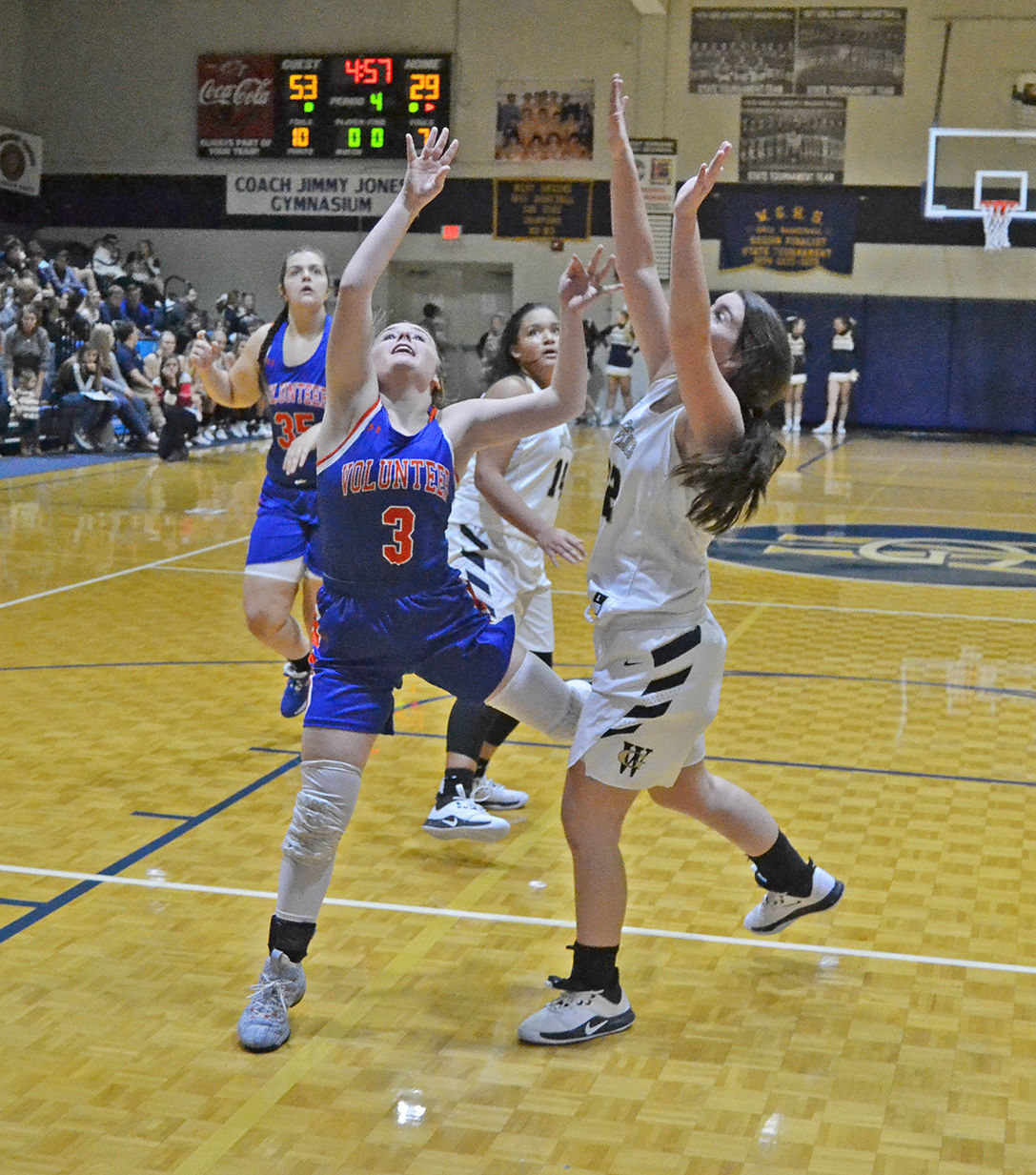 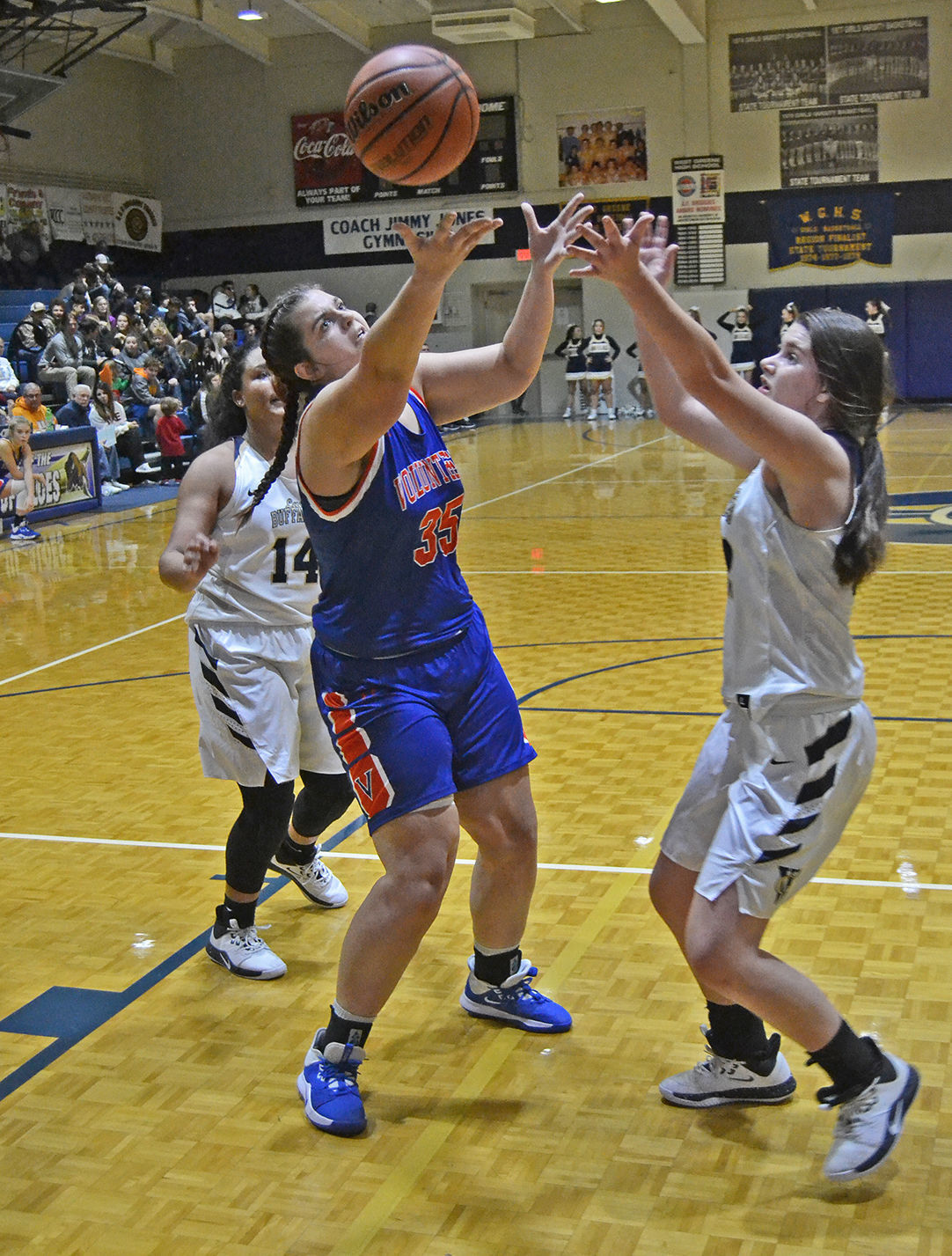 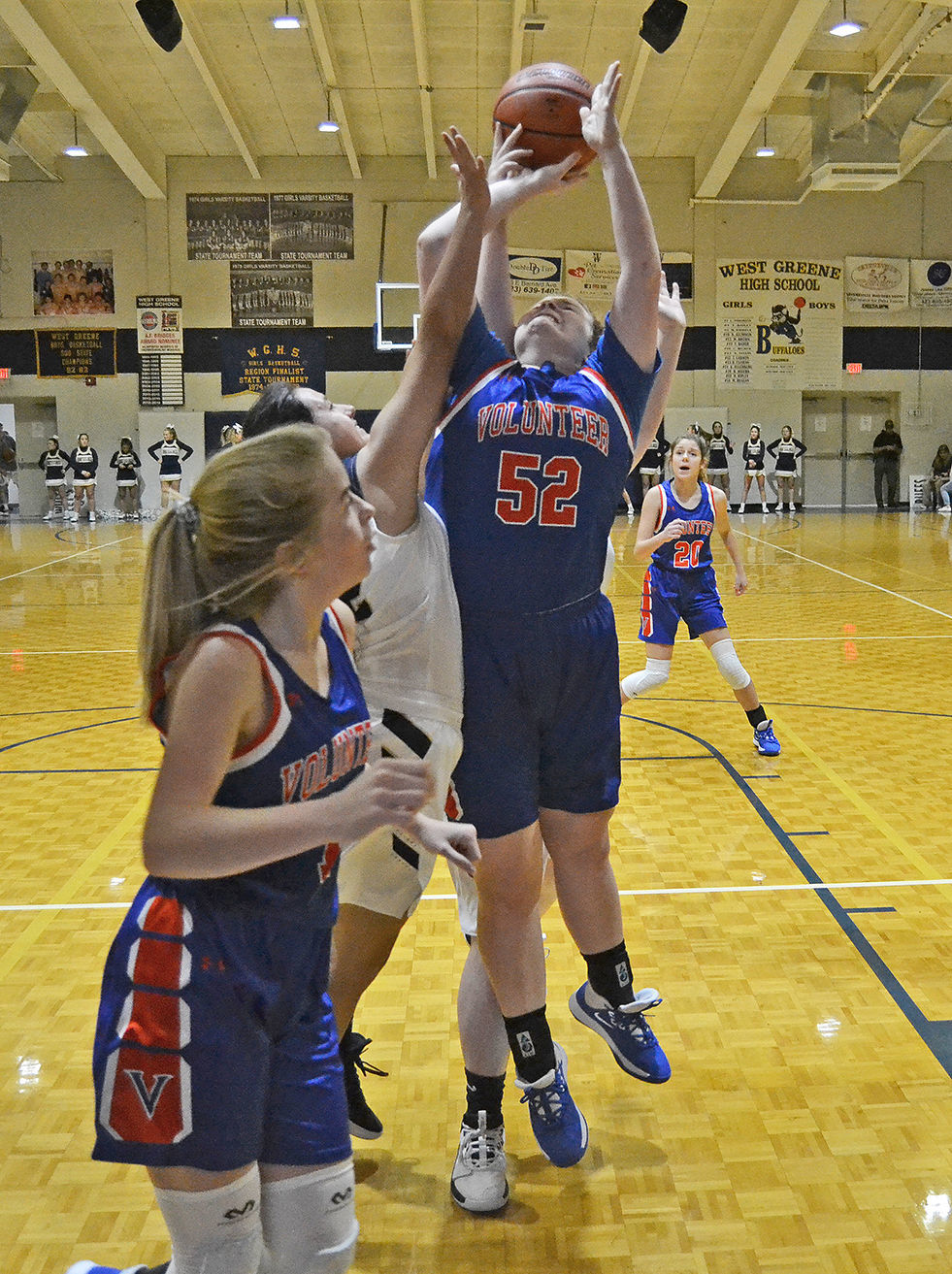 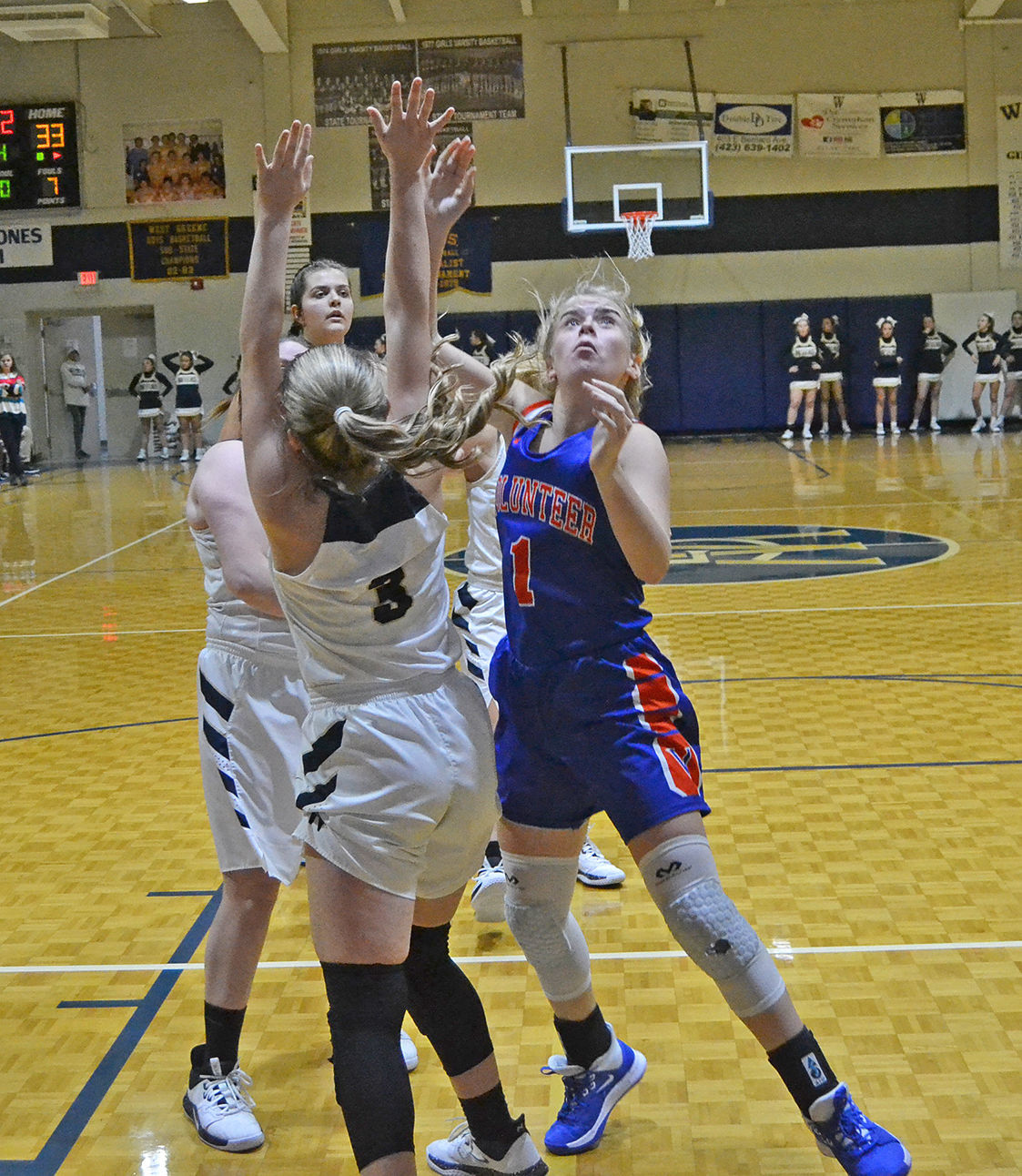 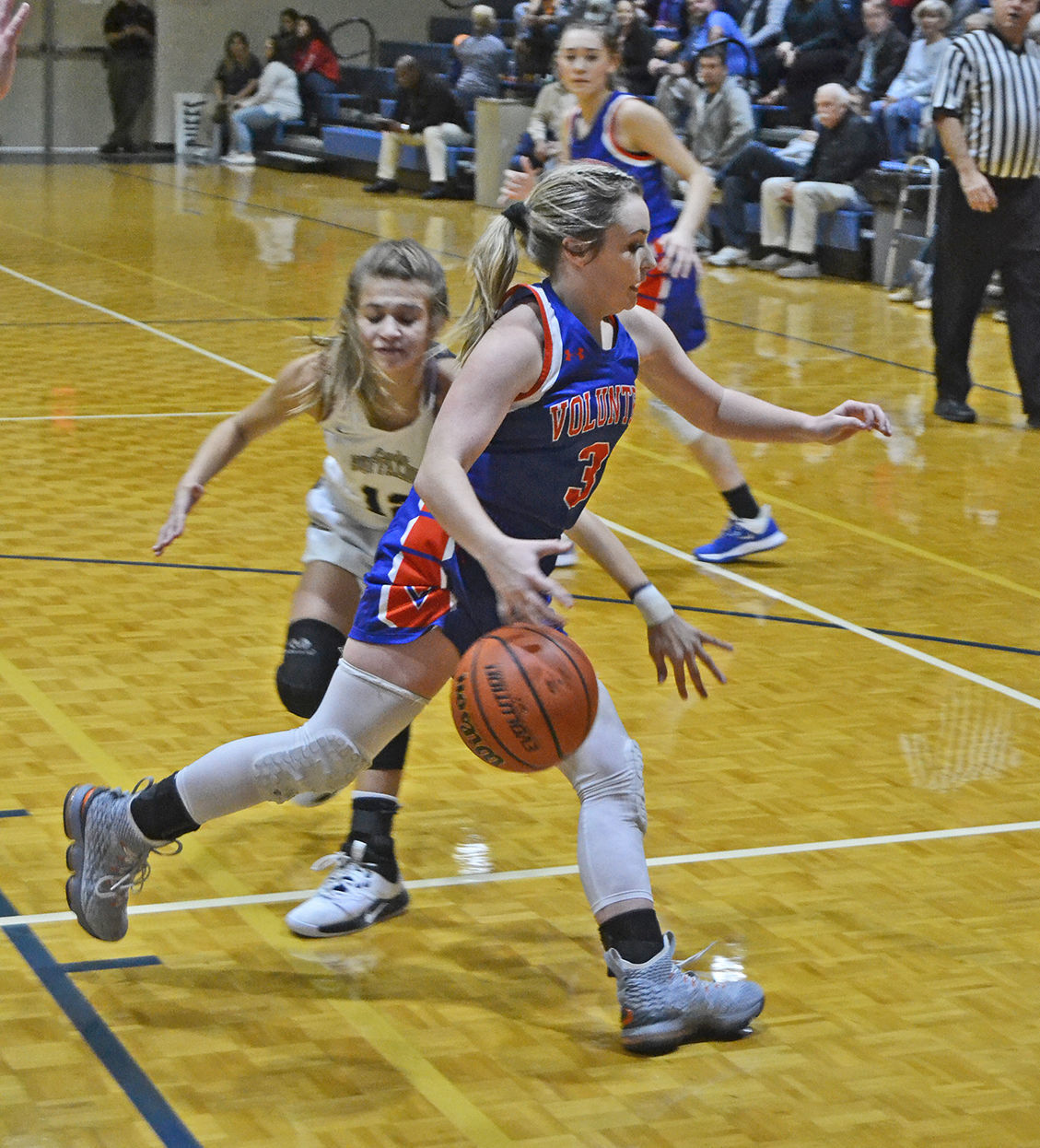 Raenah Barton (14) looks for a teammate.

MOSHEIM – Volunteer’s Lady Falcons played a strong game from start to finish in a 56-36 win at West Greene.

“All the girls played well defensively,” said Volunteer coach Tyrone Smith. “Kenady Knittel got going and hit some shots early. That’s always good to see. Our bigs came in – Raenah Barton and Maddie Sanderlin – and held it down. The freshmen came in and played some good minutes. I was proud of them.”

Knittel hit two three-pointers in the first quarter, the second giving Volunteer a 10-2 lead with 2:32 remaining. Kendra Huff then added five points in the final 2:19 to send the Lady Falcons into the second with a 17-5 lead.

The Lady Falcons kept the pressure on in the second, taking a 31-16 lead into the break.

Audrey Evans keyed Volunteer’s 15-9 third-quarter advantage, pouring in nine points in the period, including a three-pointer, while Aliyah Crawley scored 11 of her 15 in the second half, including seven straight down the stretch that gave Volunteer a 53-29 lead.

“Aliyah played great,” Smith said. “She played within our offense. We’ve been talking about that a lot. She moved without the ball. She did a lot. She saw a mismatch and took a girl off the ball to the rack.”

“We went into halftime and I had settled for a couple threes and I wasn’t making them,” Crawley said. “We came back out and I was like, ‘I’m just gonna go back to being me. I’m not going to shoot any threes. I’m just going to slow it down and drive it in.”

“We communicate really well,” Crawley said. “Sometimes I can give her a look and she just knows where I’m going. It’s all up to her when I can get points because she’s the one passing it to me.”

“You can’t really do anything without a point guard,” Smith added. “My point guard settled it down when we needed to. She ran the plays and made sure everyone was in the right position. The quarterback did her job and we got a win.

“I always tell my point guard: I give you the keys, don’t crash the car. She hasn’t crashed the car yet. She plays hard. You need a good point guard to run your ball team. I don’t care what type of basketball team you have. You can have shooters but you’ve got to have a point guard to get your shot,” Smith said.

Besides Crawley’s 15, Volunteer got 11 from Evans, nine from Knittel and eight from Huff.