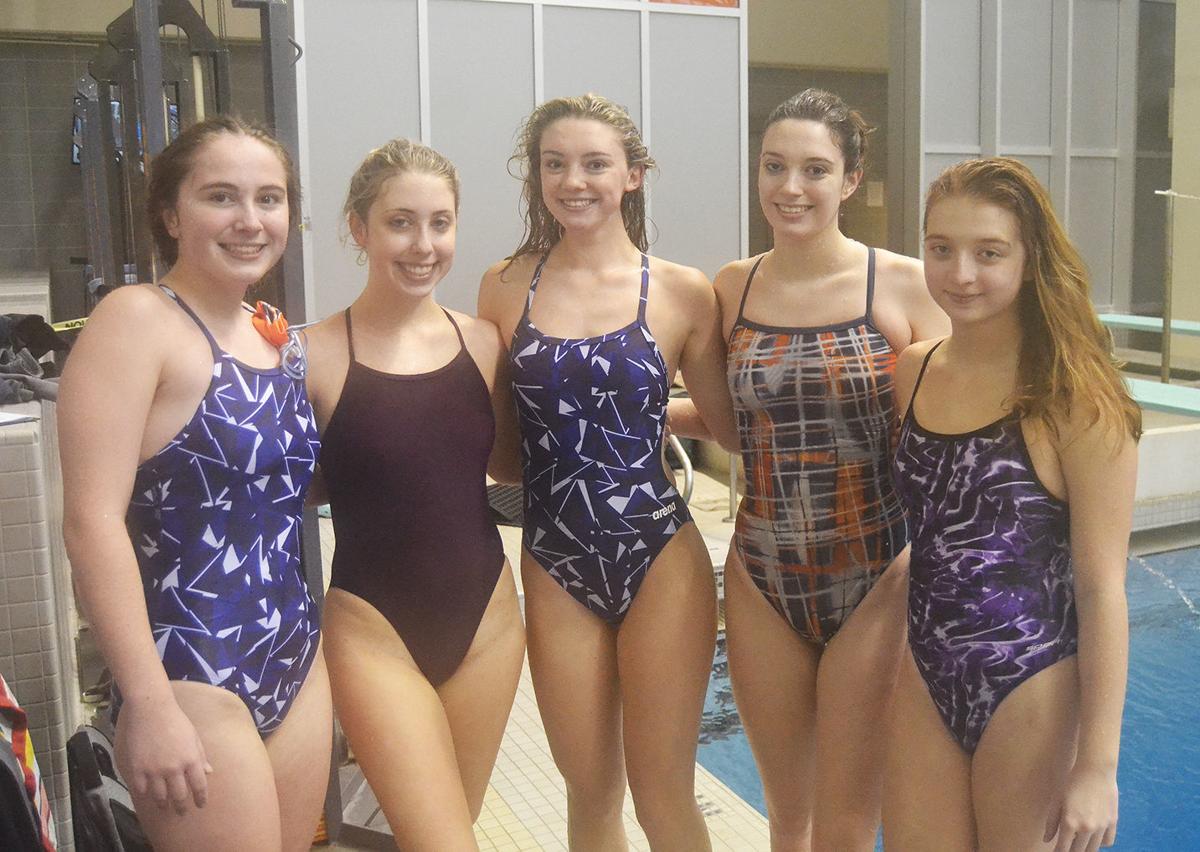 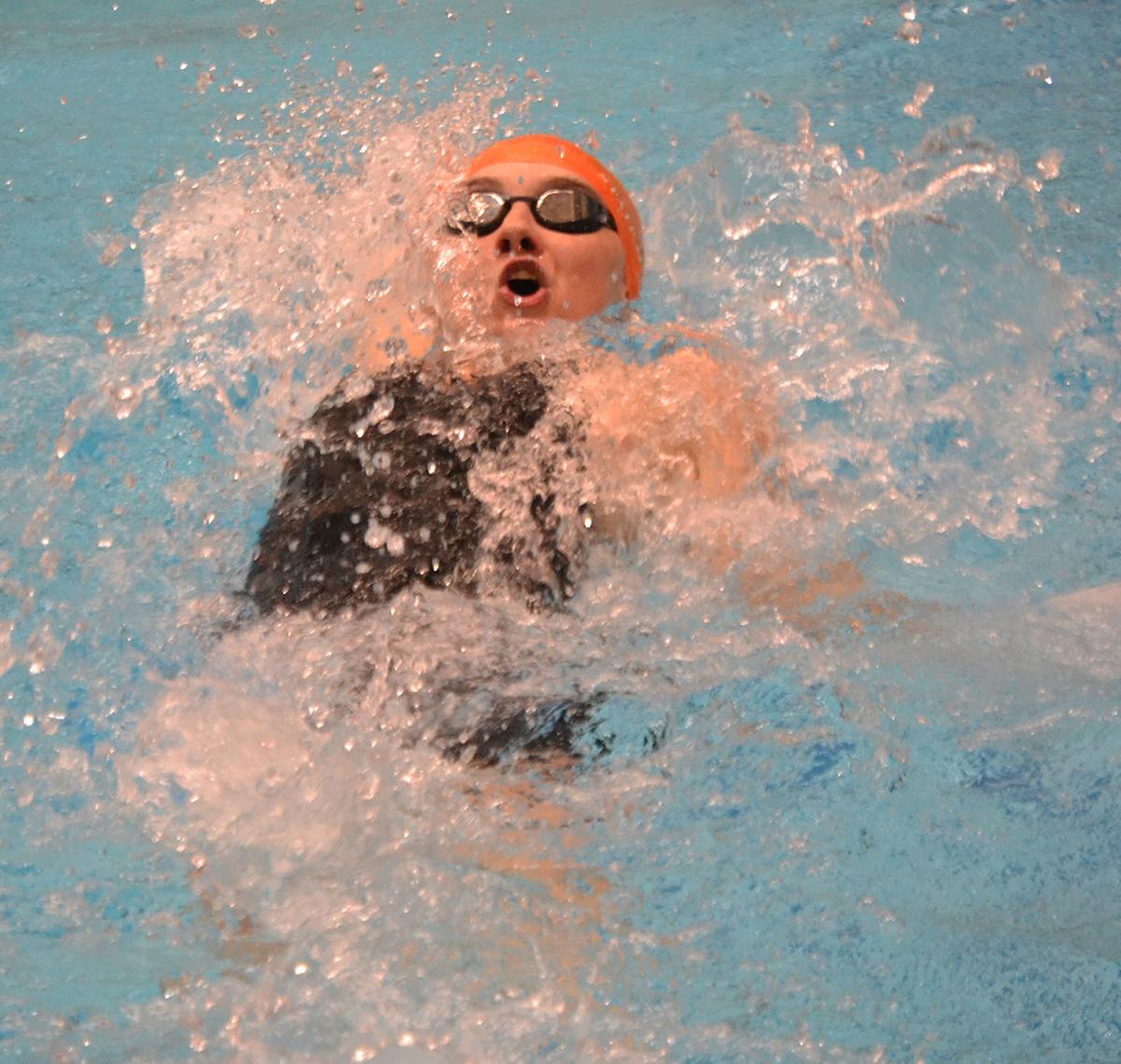 Tinsley Whalen swims the backstroke in the 200 medley relay. 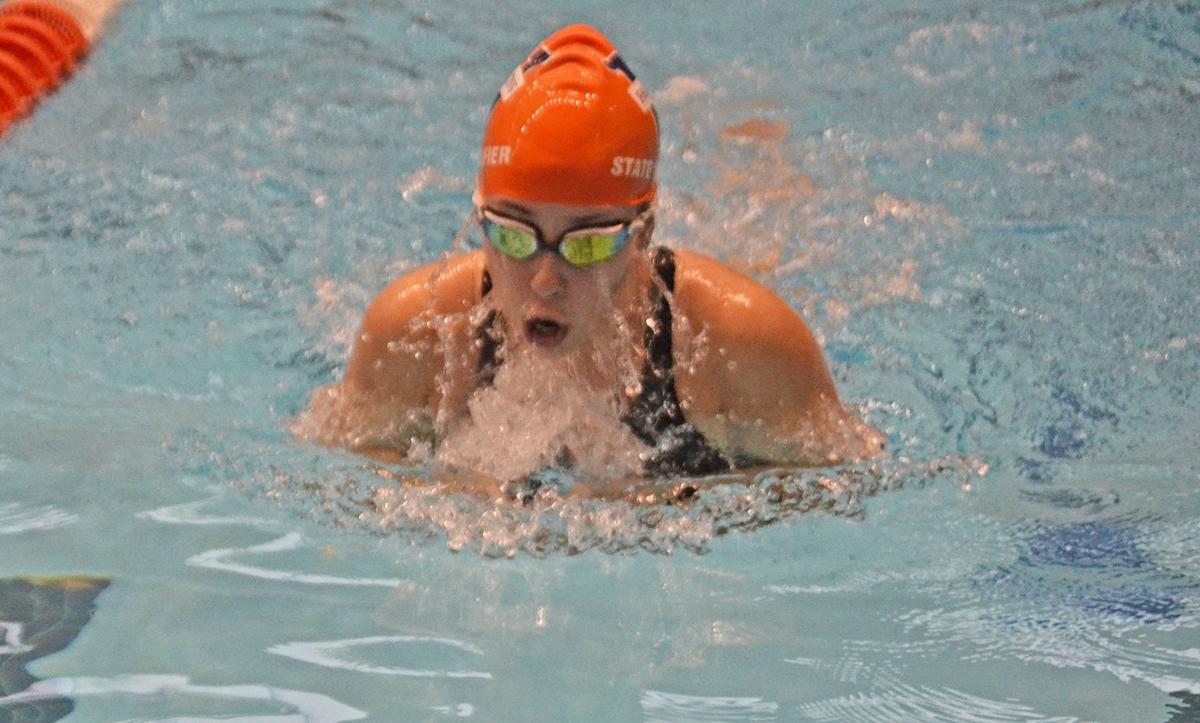 Ellie McLain swims the breast stroke in the 200 medley relay. 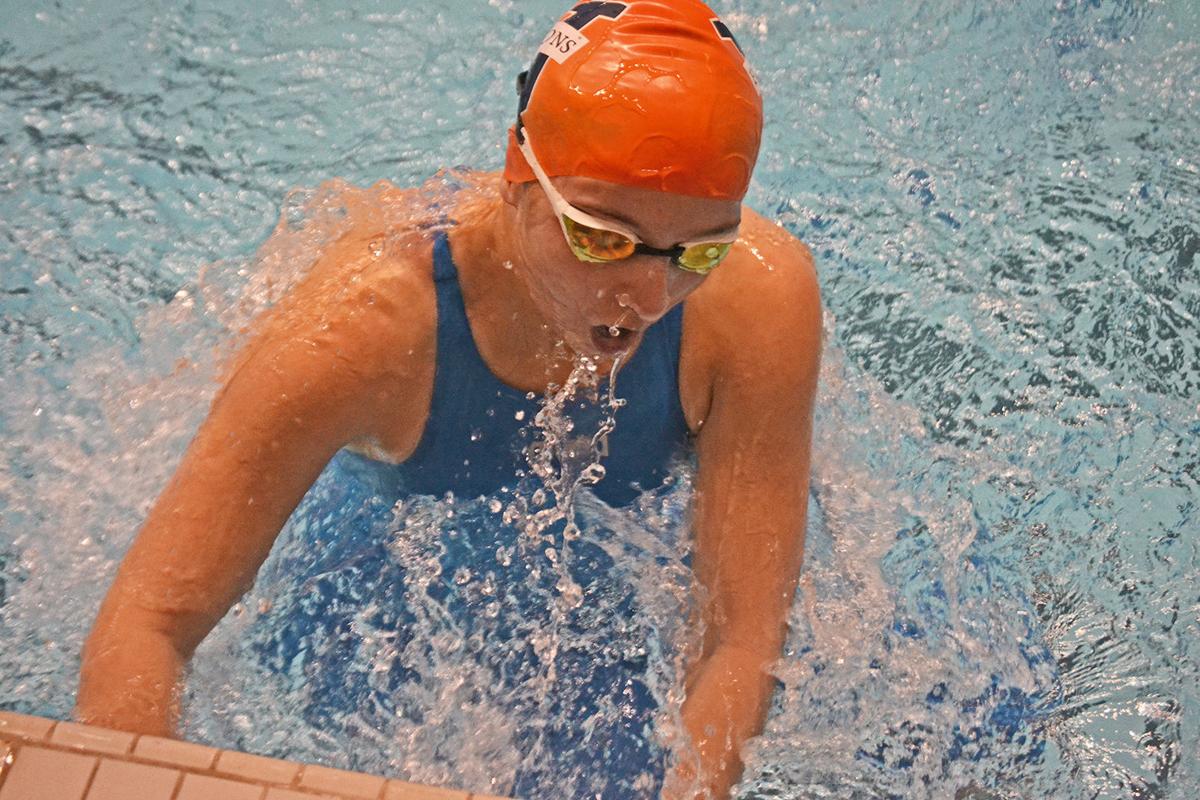 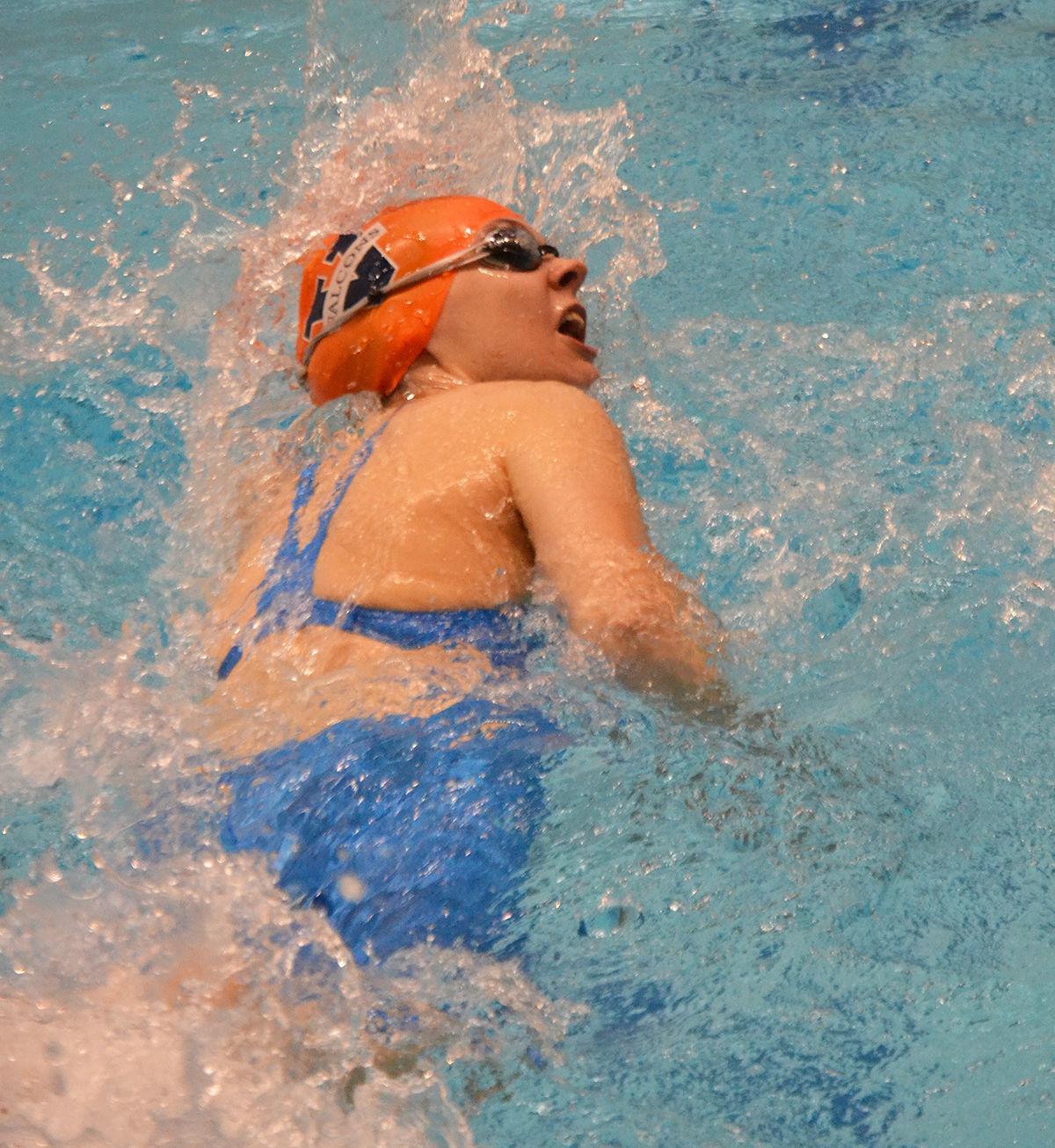 Leah Hostetler swam the free style in the 200 medley relay. 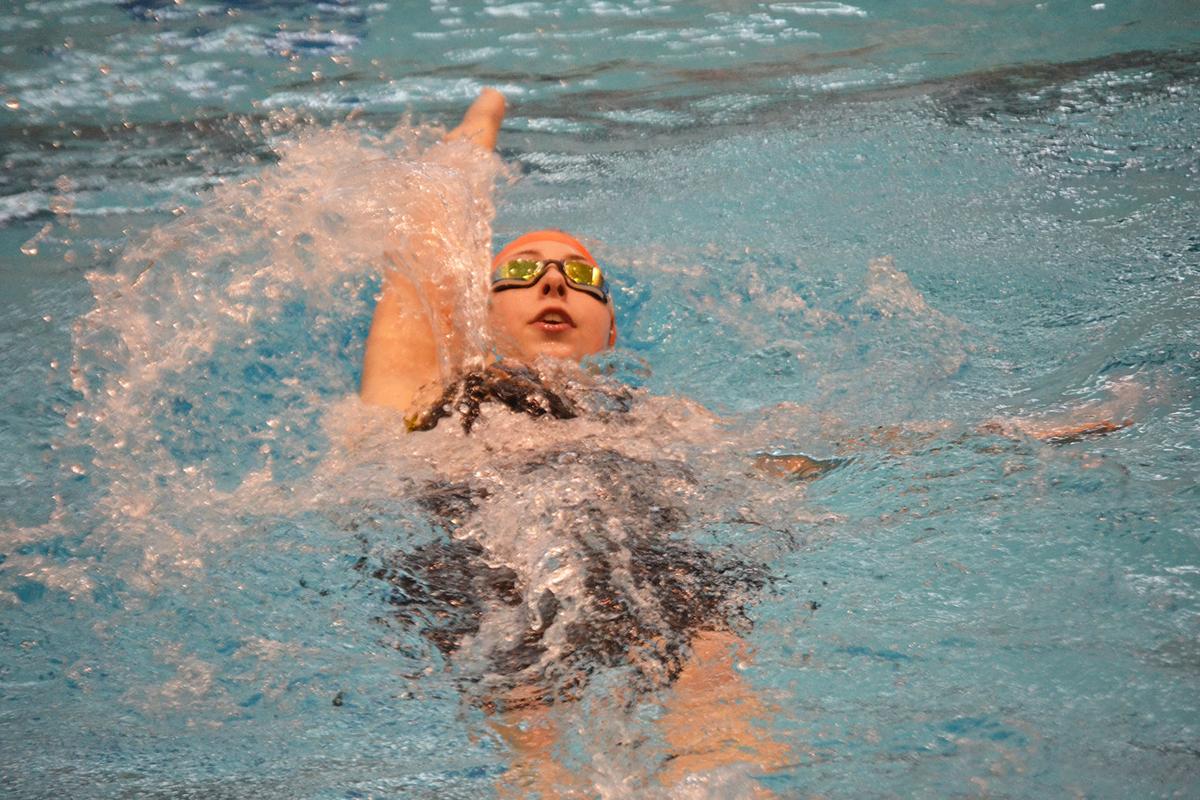 Ellie McLain swims the backstroke leg of the 200 individual medley.

Tinsley Whalen swims the backstroke in the 200 medley relay.

Ellie McLain swims the breast stroke in the 200 medley relay.

Leah Hostetler swam the free style in the 200 medley relay.

Ellie McLain swims the backstroke leg of the 200 individual medley.

Volunteer’s 200 medley relay team, seeded 40th out of 58 in the event, was the first to compete in Friday’s morning preliminaries session. Tinsley Whalen swam the first leg, the backstroke. McLain followed with the breaststroke, followed by Henriott in the butterfly. Hostetler swam the final leg in the freestyle.

“Friday was so-so,” said Volunteer swim coach Jim Whalen. “I thought our relay team on Friday did about as well as they could. We swam kind of normal. Leah Hostetler did a good job of cutting time on the anchor for us.”

“I thought Ellie did a great job on the 200 IM,” Whalen said. “She cut time in a hard race. She didn’t start out really well on that race, but she finished it really well. She cut just a little under a second on that race.”

Next, Whalen swam her best event, the 50 free. Seeded 26th out of 86, Whalen represented Volunteer’s best shot at making the finals. Unfortunately, trouble at the start and the turn doomed the finish for a less-than-desired time.

For starters, Whalen was placed in Lane 0, against a wall, instead of one of the middle lanes against faster swimmers.

“For us, we were a little disappointed in the 50 with Tinsley,” Coach Jim Whalen said. “It’s like horse racing. She got a bad lane. You want to be in lane 4 or 5. There’s a little physics to it. There’s also the waves that come off somebody, too, and the drag that you hit. The farther you are outside, the more drag that you’re hitting. She was in lane 0 which is the farthest away.”

Not only that, but Whalen’s timing was thrown off when she didn’t hear the signal to get up on the blocks.

“She was the furthest lane away and there were people hollering behind her, so she didn’t hear to jump up (on the block) right away. When she didn’t get up on the blocks the first time, she was kind of rushed,” Whalen said.

Whalen had to dive without her normal time on the blocks, then experienced a mishap on the turn.

“She had a bad turn,” Coach Whalen explained. “She said her foot slipped off the turn and kind of pushed to the side. That added about two-tenths of a second.”

“We were wanting to be in the 24’s, so we were a little disappointed there,” Whalen said.

On Saturday, Tinsley’s 100 free was Volunteer’s first event of the day.

Next was Volunteer’s 200 free relay. McLain started things off, followed by Henriott, then Bice, then Whalen. Volunteer was seeded 43rd out of 50 in the event.

Volunteer’s final event was the 100 breast, in which McLain was seeded 54th out of 76.

“So, we were pleased and tickled about how it ended,” Whalen said. “Out of the six races that we had, I think we cut time or set PR’s on four of them.”