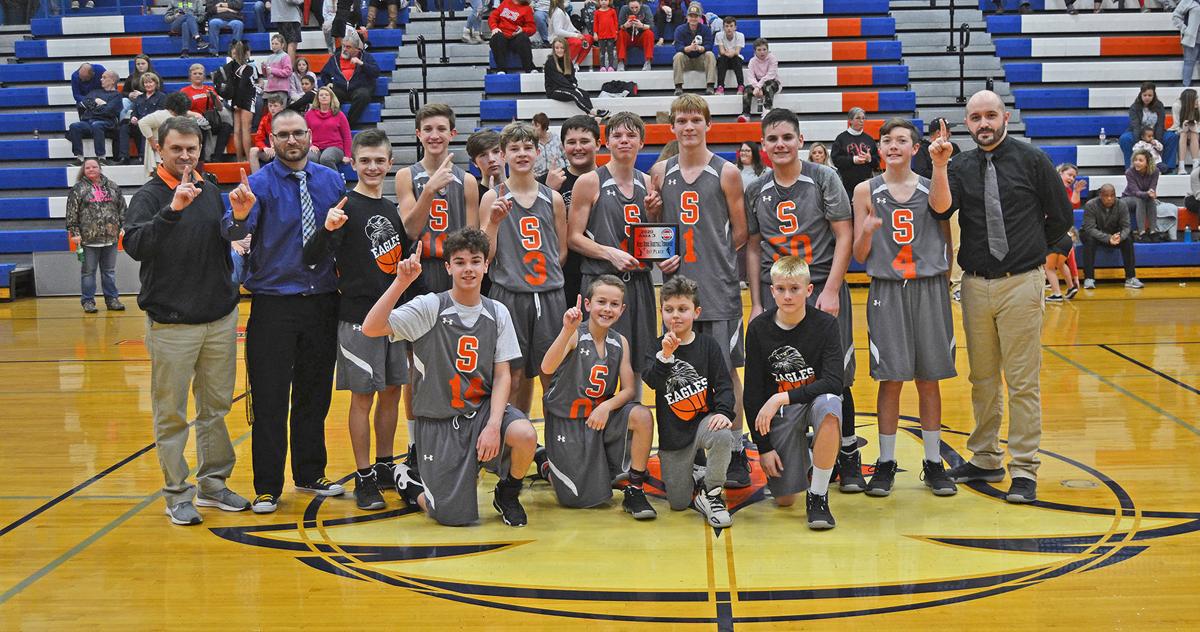 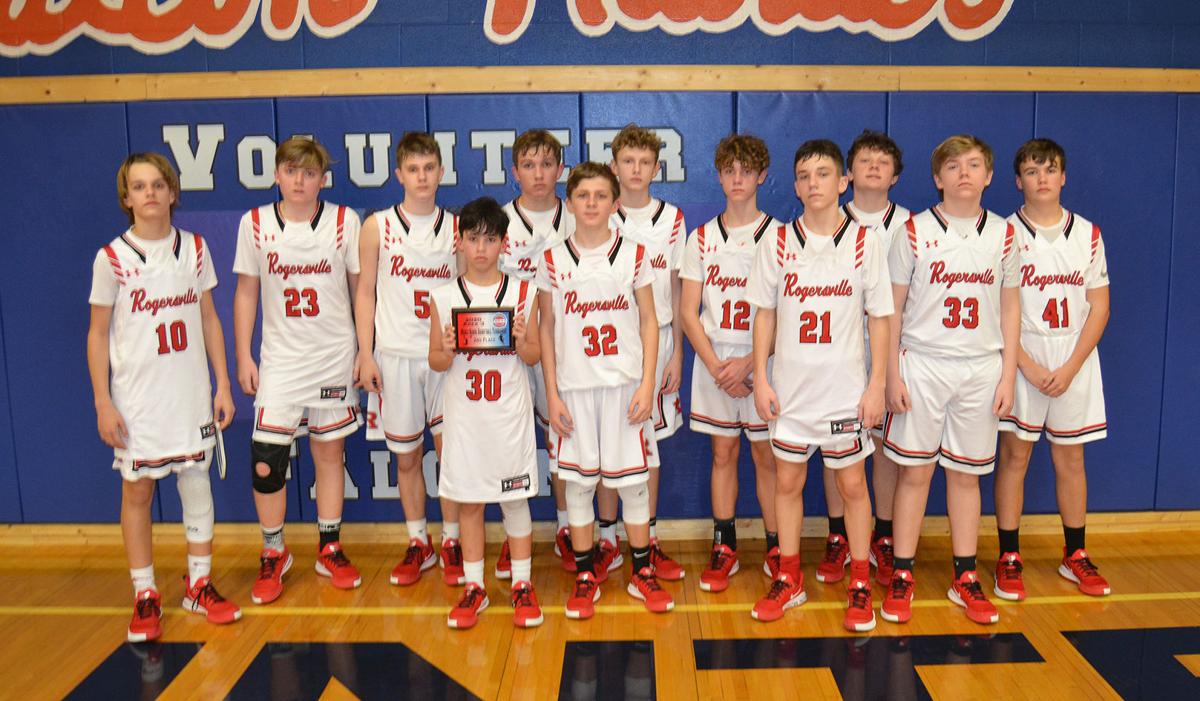 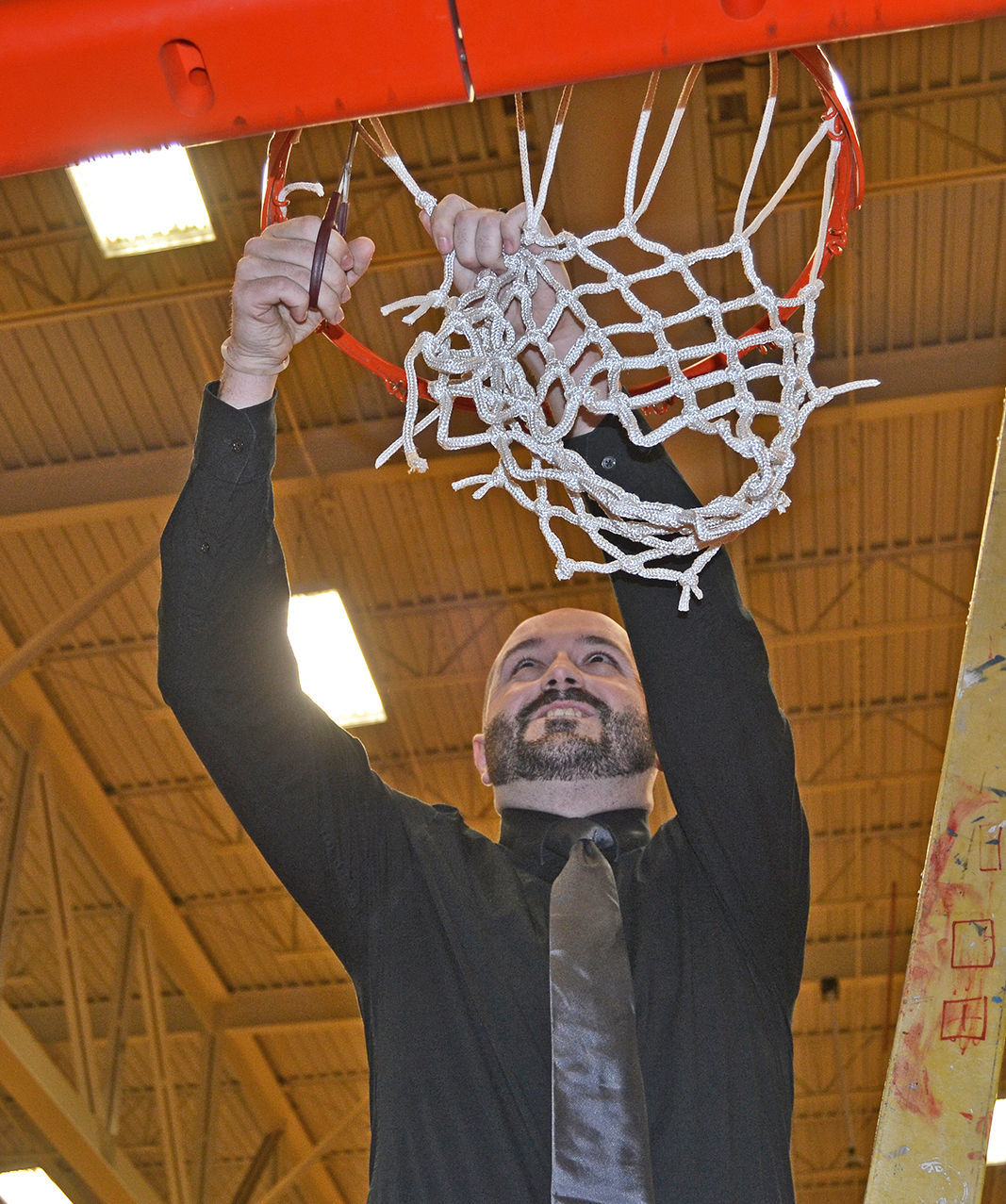 SMS coach Cody Sauceman cuts down the nets after winning the Area 3 title Wednesday at Volunteer. 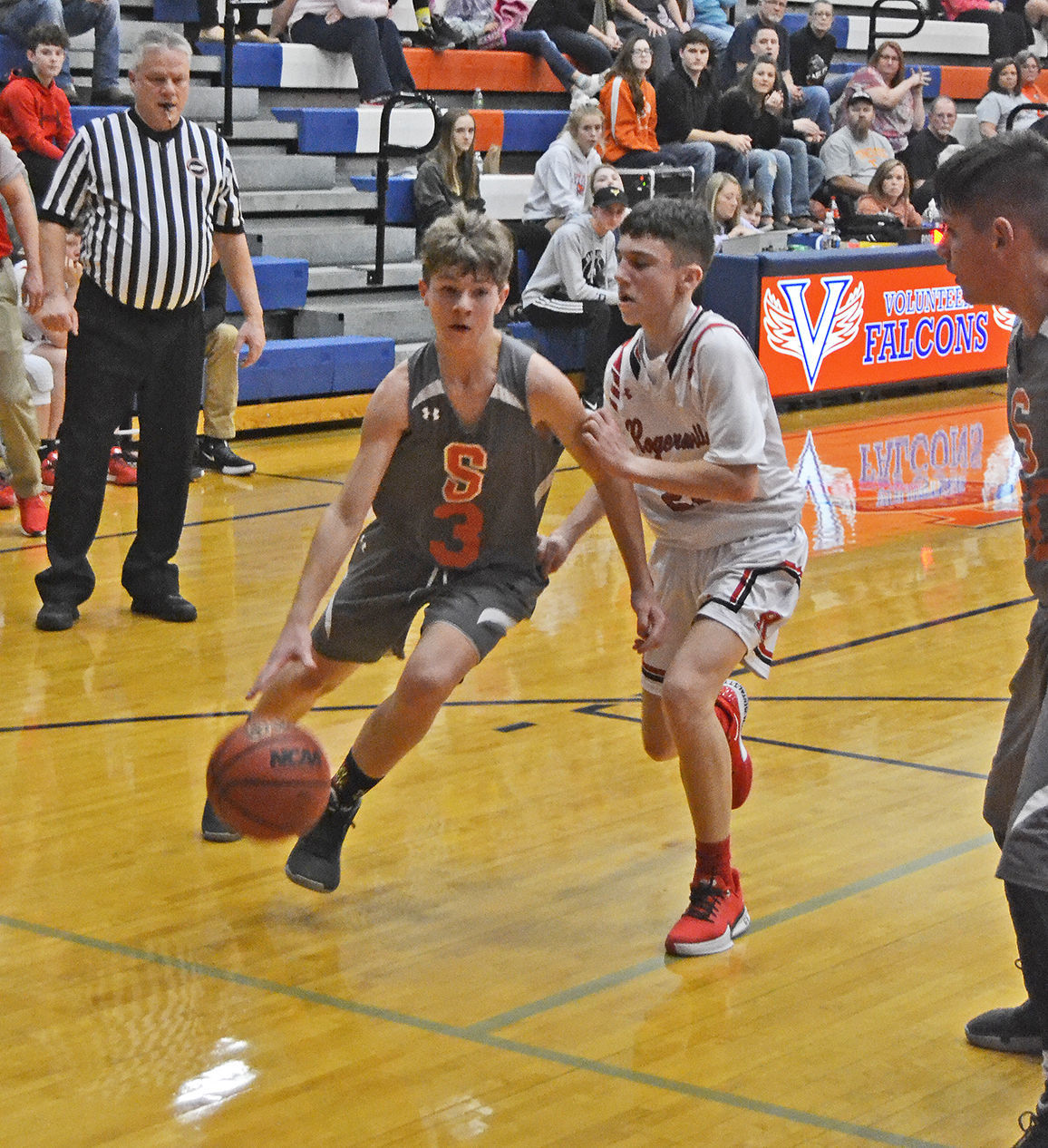 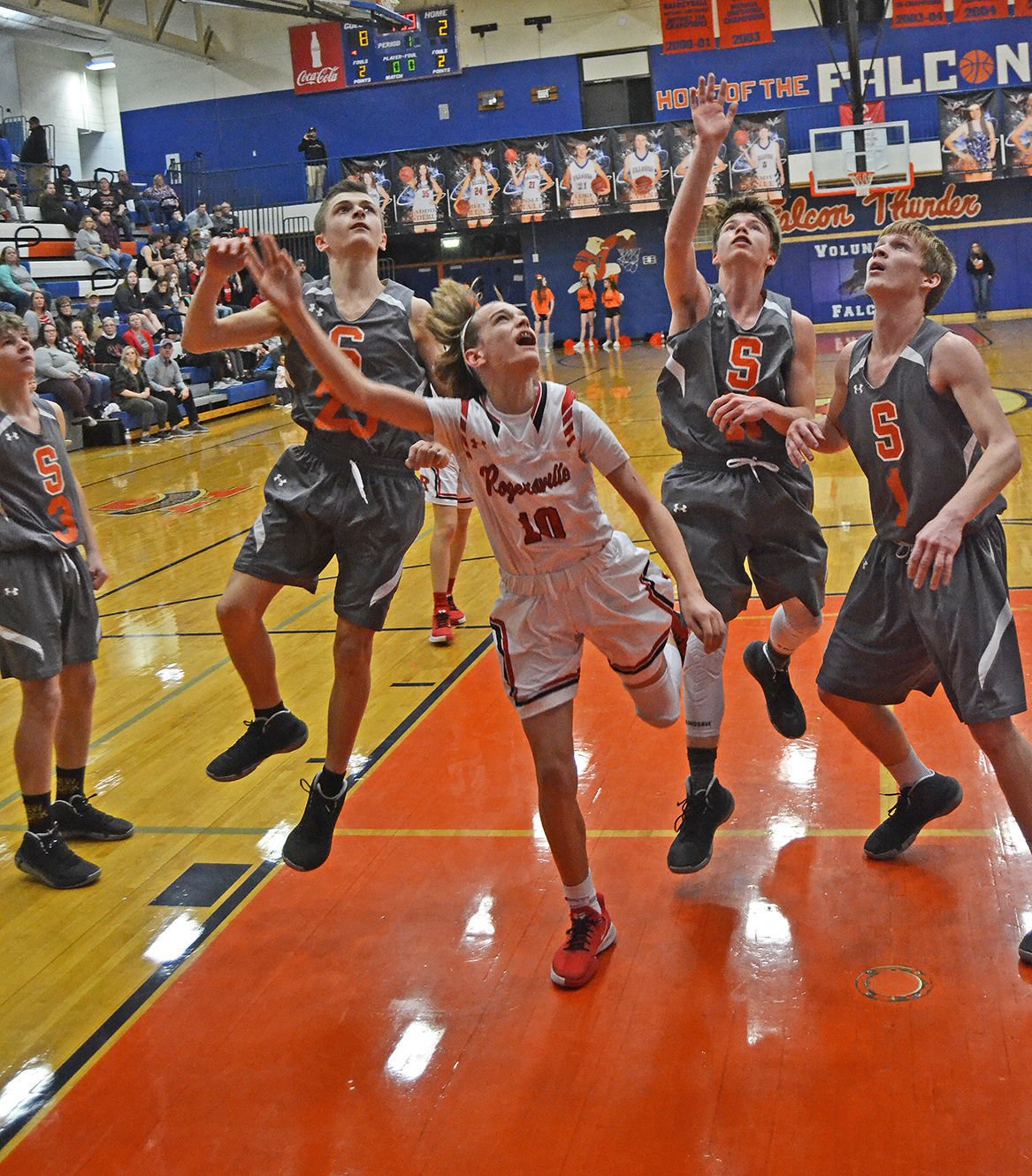 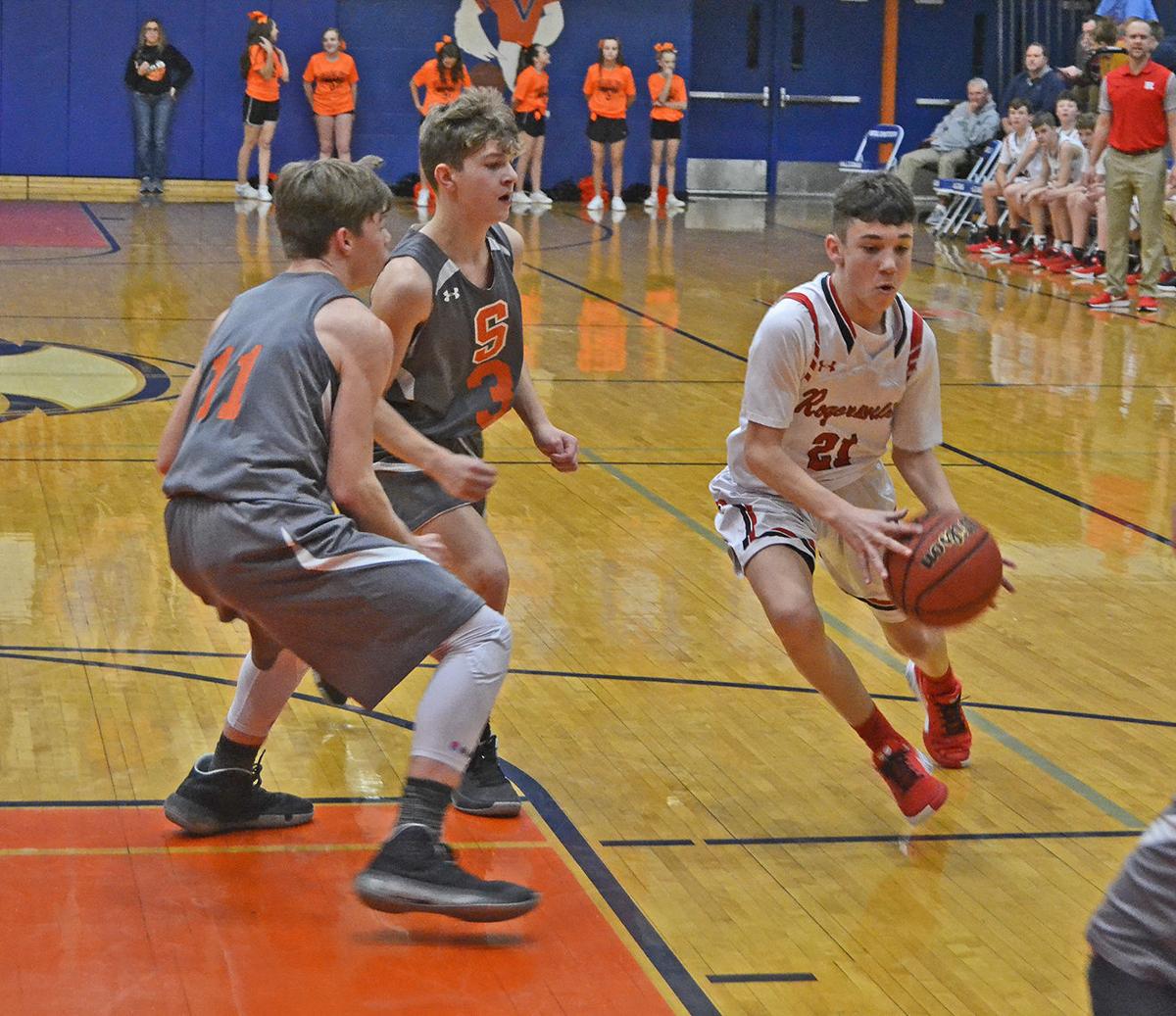 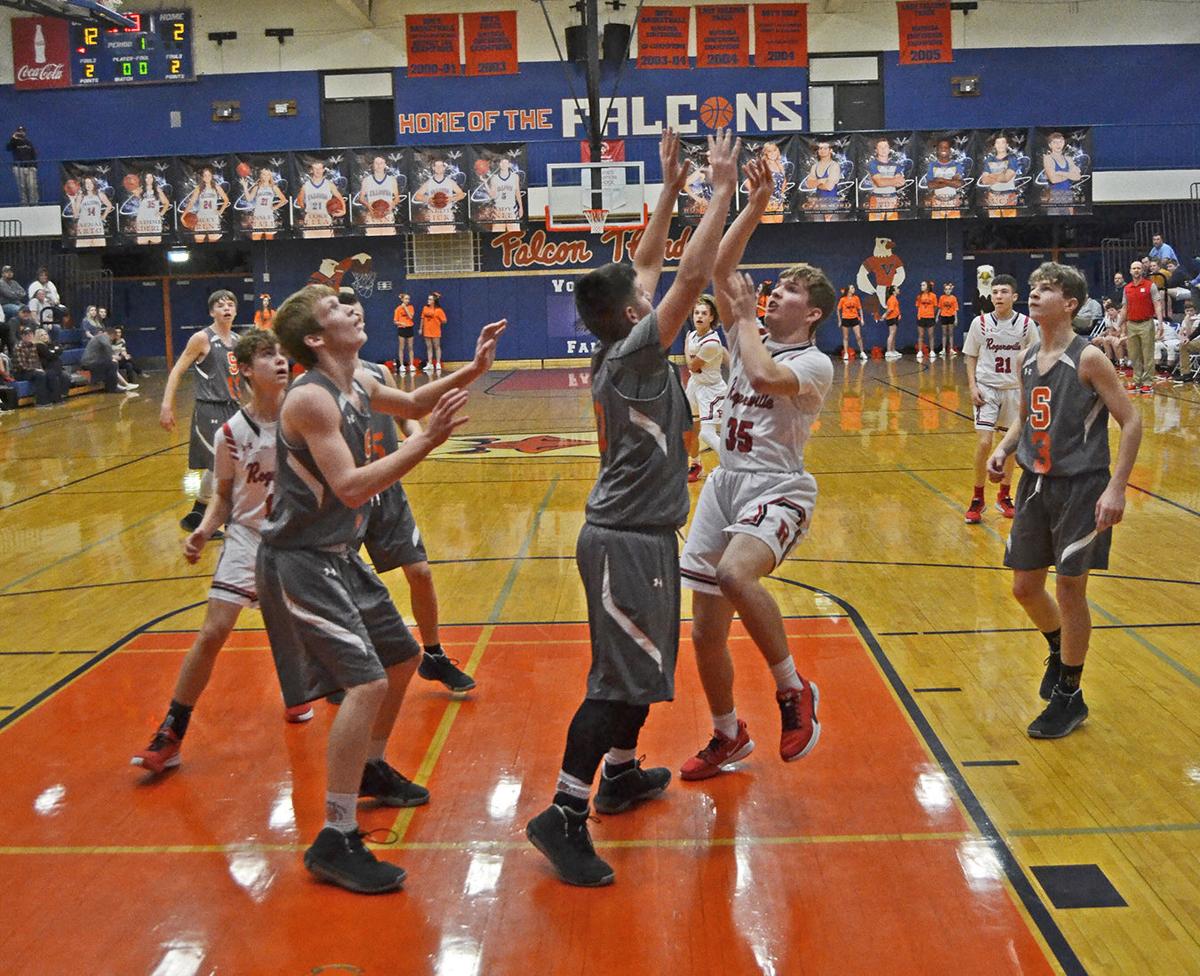 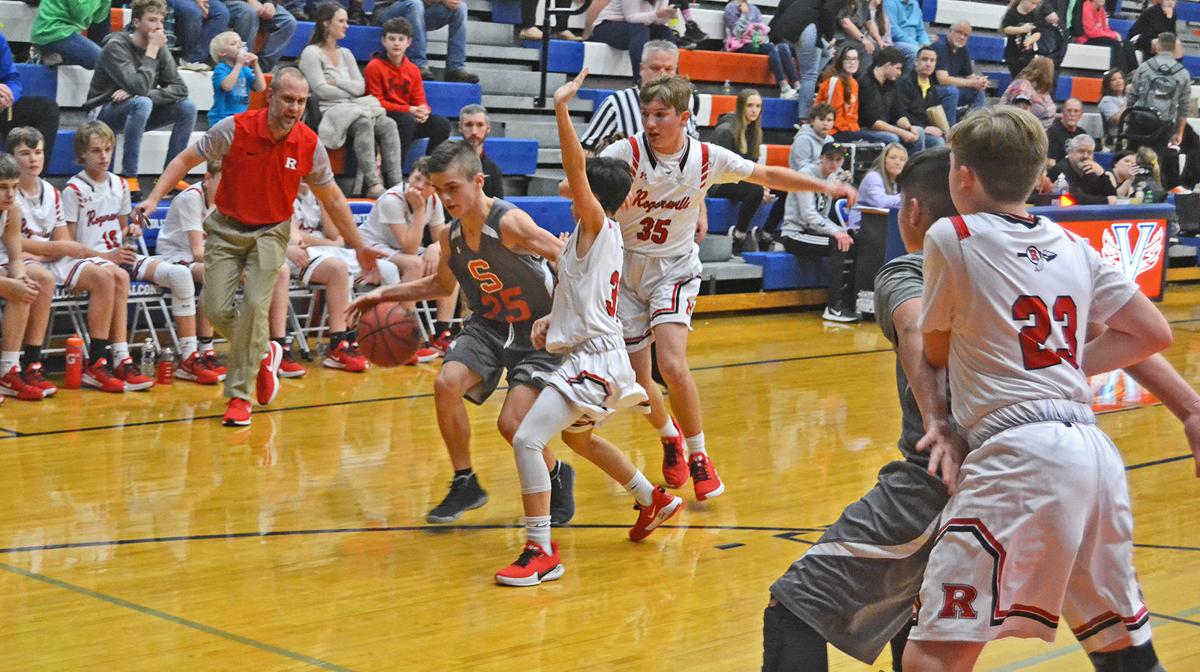 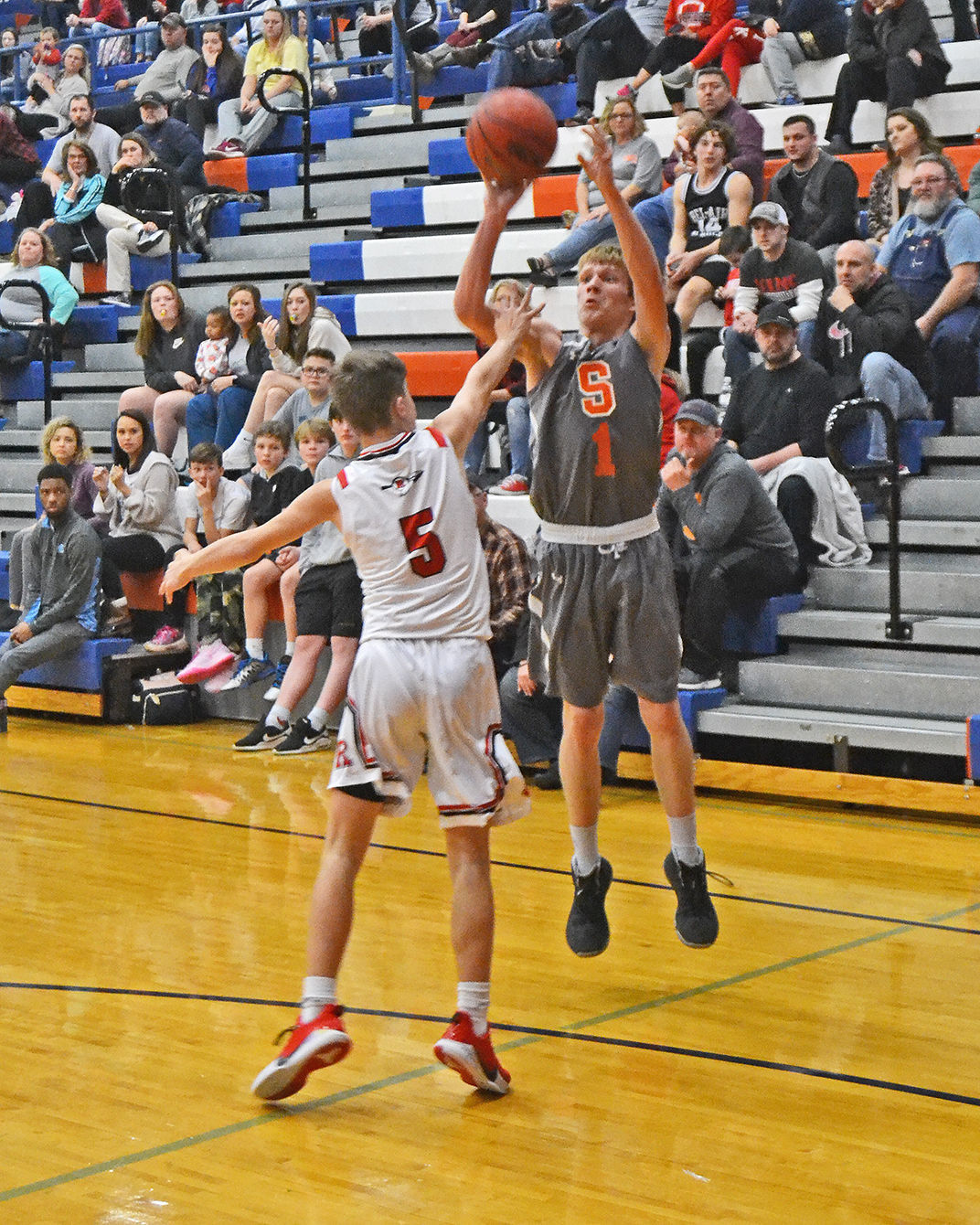 Surgoinsville's Logan Johnson (1) goes up for a jumper against RCS's Jayden Ward (5). 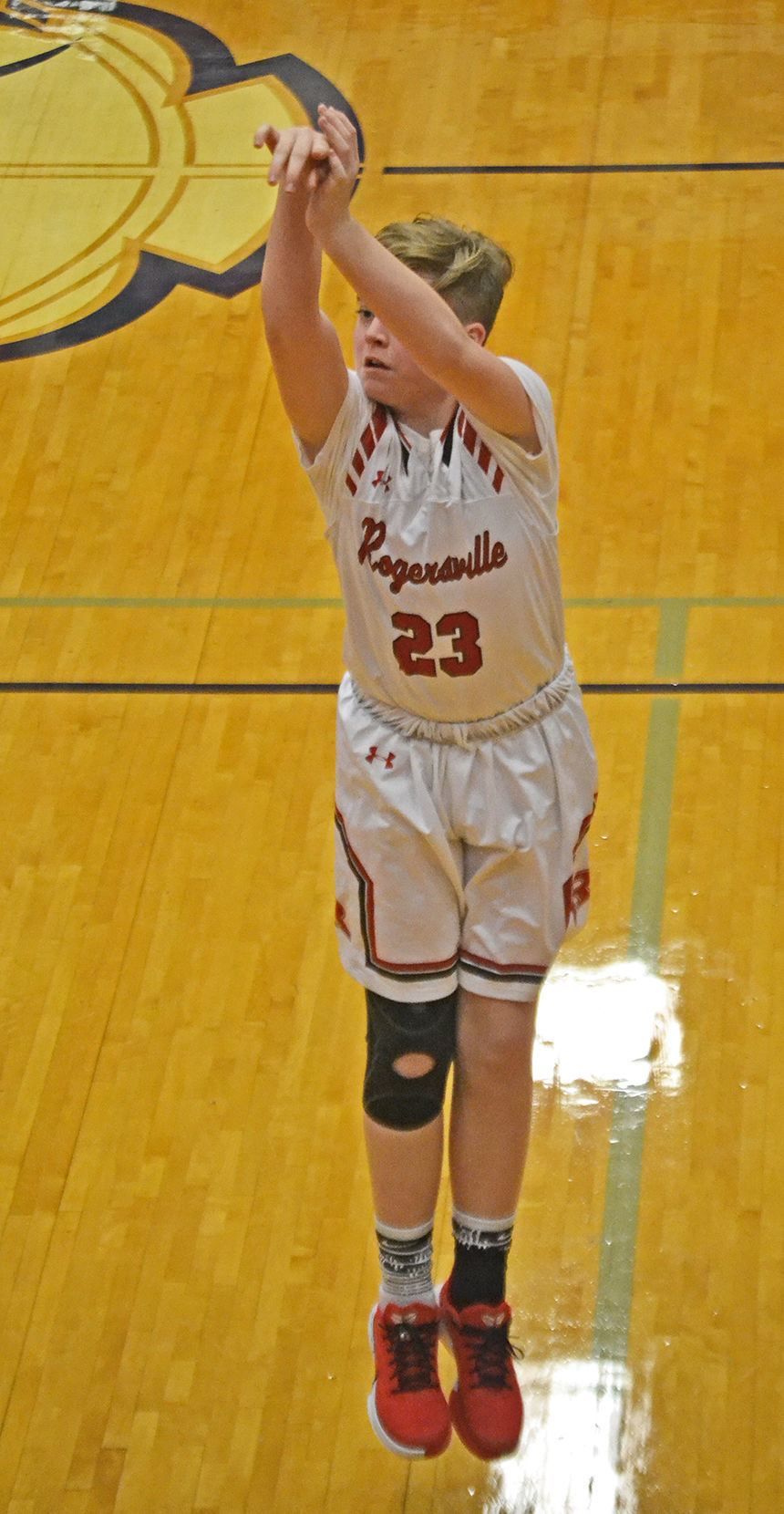 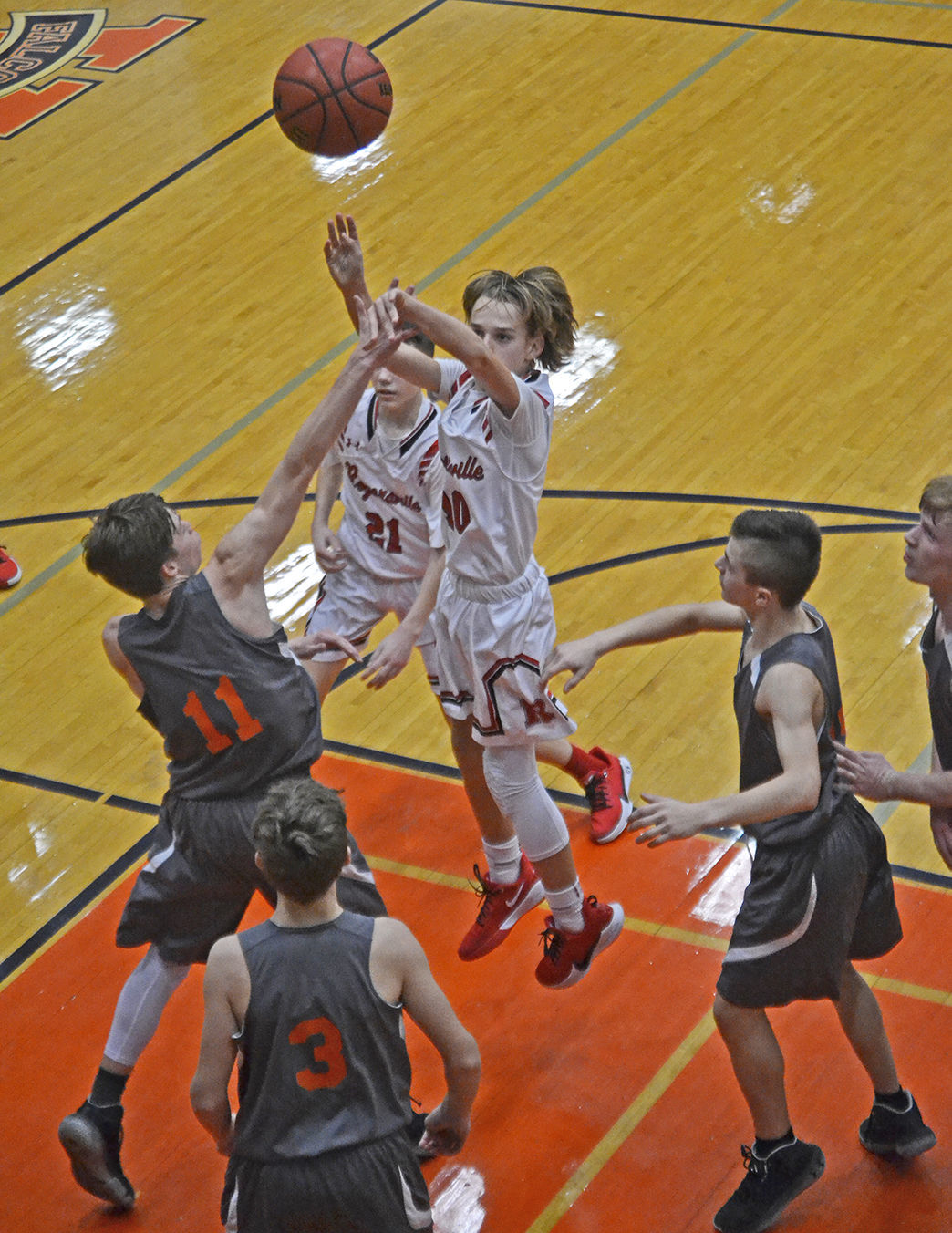 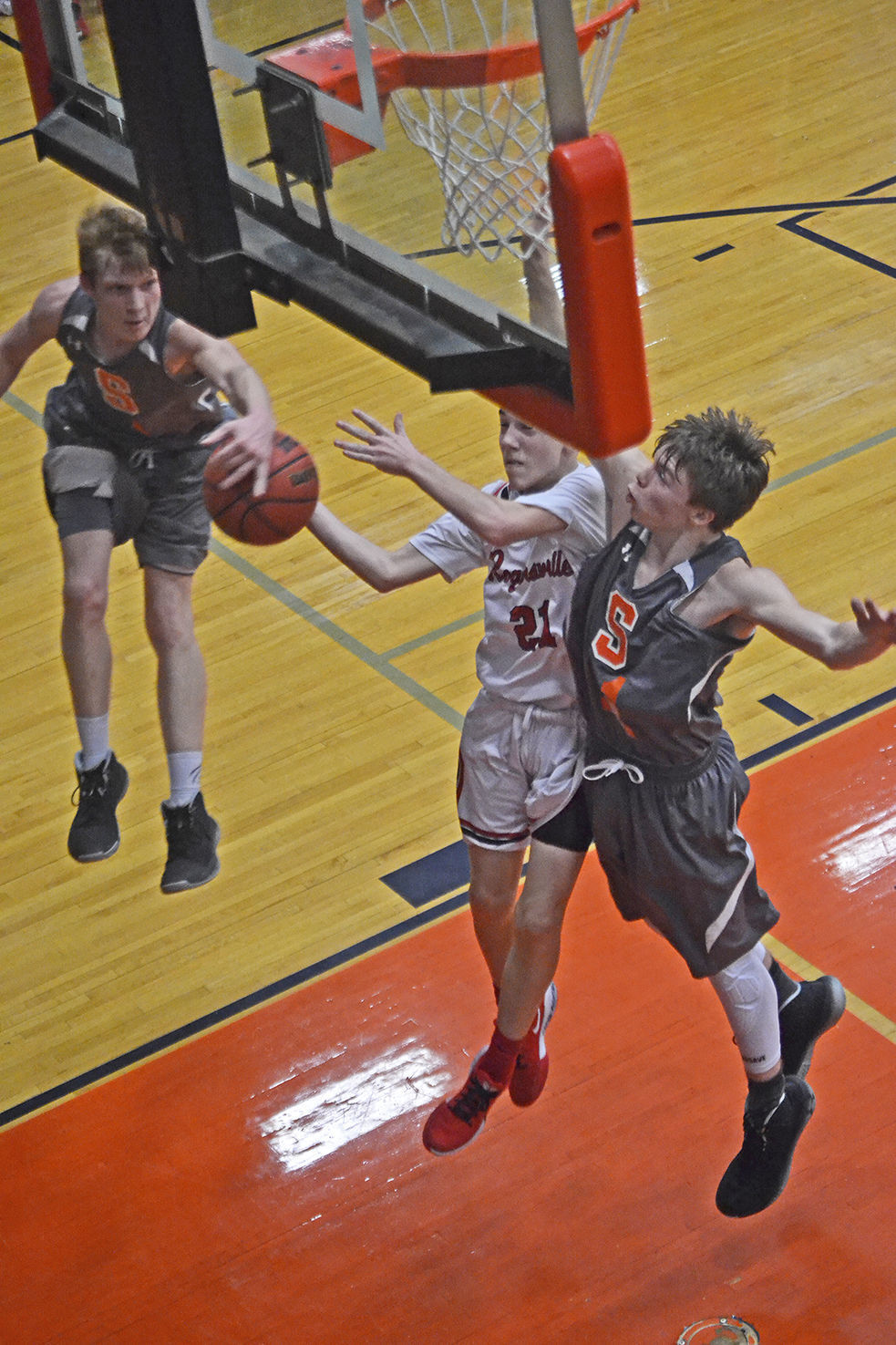 SMS coach Cody Sauceman cuts down the nets after winning the Area 3 title Wednesday at Volunteer.

Surgoinsville's Logan Johnson (1) goes up for a jumper against RCS's Jayden Ward (5).

The Eagles scored the first eight points of the game and led 14-2 after one period as all five starters scored, led by Logan Johnson with six.

A put-back by Rogersville’s Jayden Ward started the fourth-quarter scoring and cut the lead to 34-12.

Two free throws by Roman Borghetti-Metz were matched by a layup by Colten McLain, as Rogersville cut the lead back to 12, 36-24.

However, Surgoinsville then hit 5-of-6 from the free throw line to build its lead back to 41-24. A three by McLain followed by an RCS timeout saw the two teams retake the court with SMS holding a 41-27 lead.

Football Notebook: Schmedding thankful to have year of experience under his belt

'Hidden gems' becoming more rare in college football, but Huskers think they may have one in Mauga-Clements

Borghetti-Metz then went coast-to-coast to push the lead back to 43-27.

A drive by McLain and three by Zayden Hayes cut the lead back to 43-32 with 2:56 remaining.

Johnson finished with 16 to lead the Eagles. Nolan Amyx added 13, including 7-of-10 from the line. Borghetti-Metz added 11 and Lucas Case seven.

Both teams will play in the sectional tournament this weekend at John Sevier Middle. RCS goes in as Area 3’s No. 2 seed and was to meet Area 1’s No. 2 seed, University School, Saturday at 6:45 p.m.

Surgoinsville, Area 3’s No. 1 seed, gets a first-round bye and will play the Gray/Keenburg winner on Monday at 5:30 p.m.

Bulls Gap, which fell to Debusk in the boys consolation game earlier Wednesday, earns a berth in the sectional as the Area 3 No. 4 seed and plays Area 1’s 3-seed Providence Saturday at 11:15 a.m.