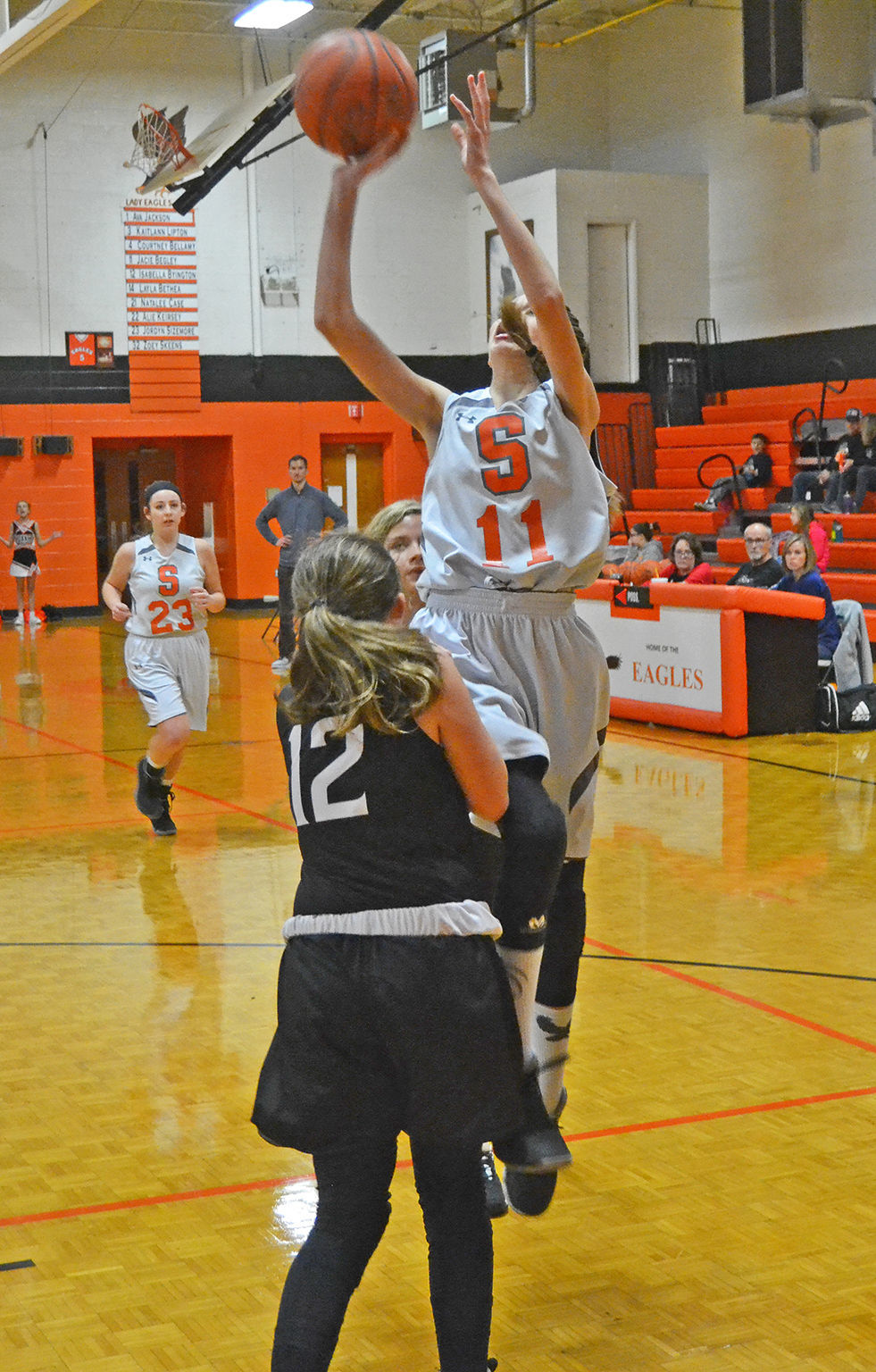 Surgoinsville’s Jacie Begley (11) pulls up for a shot against RCS’s Kaylee Russell (12). 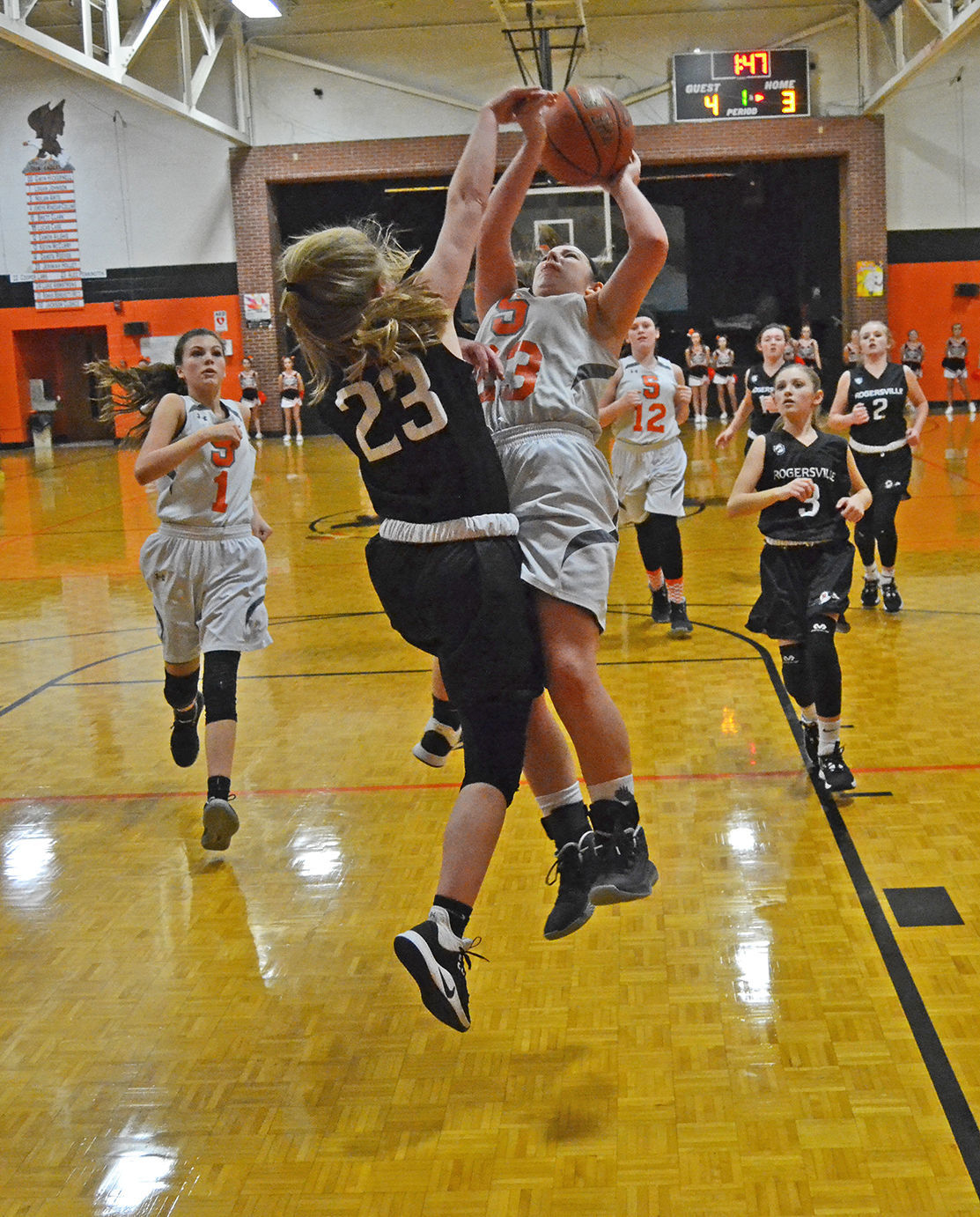 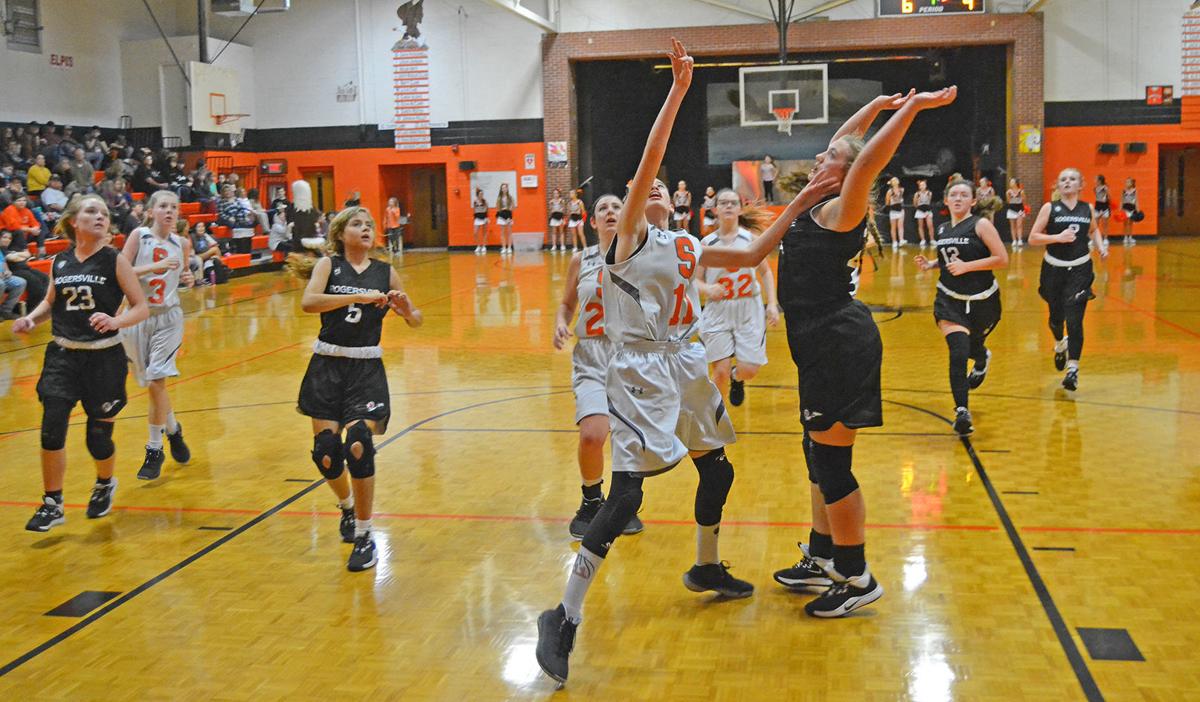 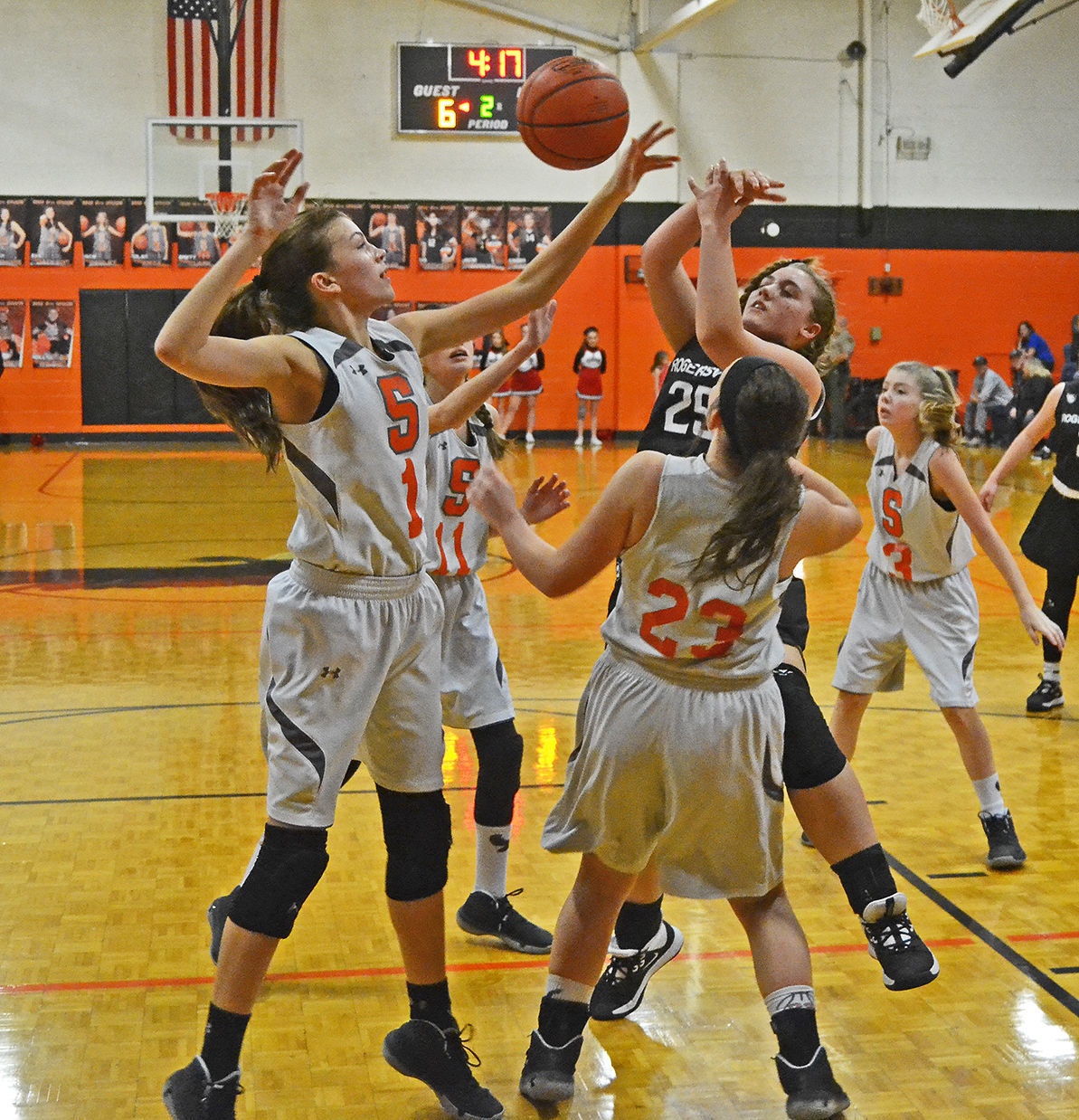 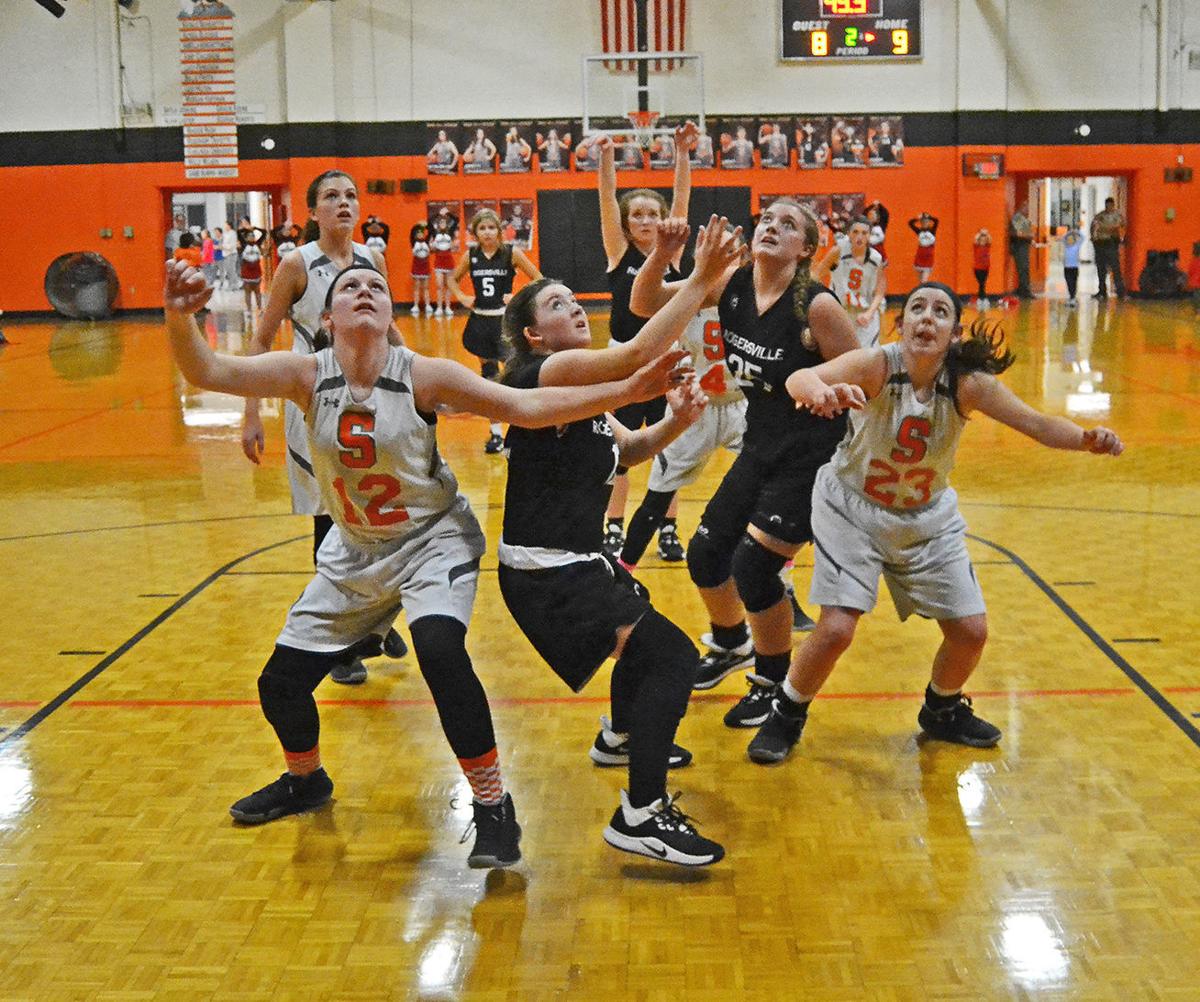 Surgoinsville’s Jacie Begley (11) pulls up for a shot against RCS’s Kaylee Russell (12).

Both teams battled hard in what was a defensive struggle during the first half, which ended with Surgoinsville ahead, 11-8.

The Lady Eagles upped the intensity in the third quarter, disrupting the Lady Warriors offense and contesting passing lanes leading to numerous turnovers and fast breaks for SMS.

Surgoinsville was able to keep the Lady Warriors at bay down the stretch.

Besides Begley’s 12, Surgoinsville got six points from Ava Jackson and five from Jordan Sizemore.

RCS was led by Ava Morgan’s six and five from Jasmyn Villa.