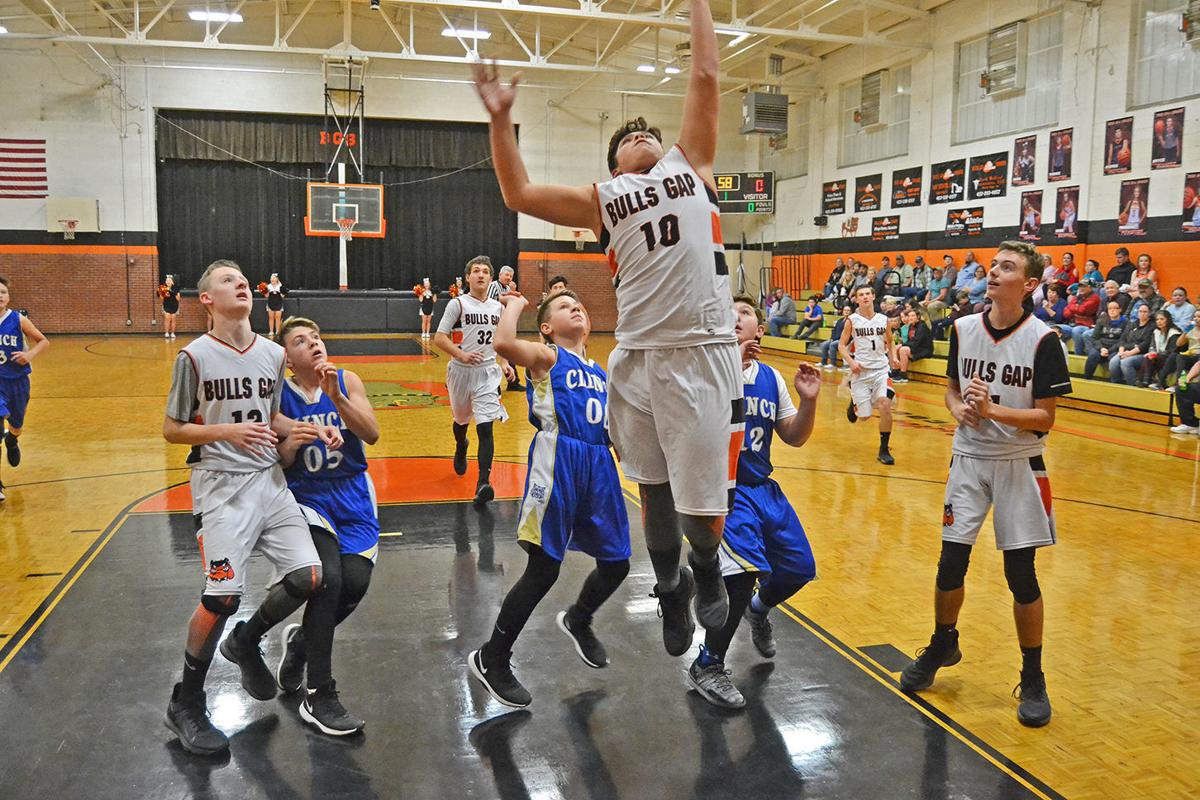 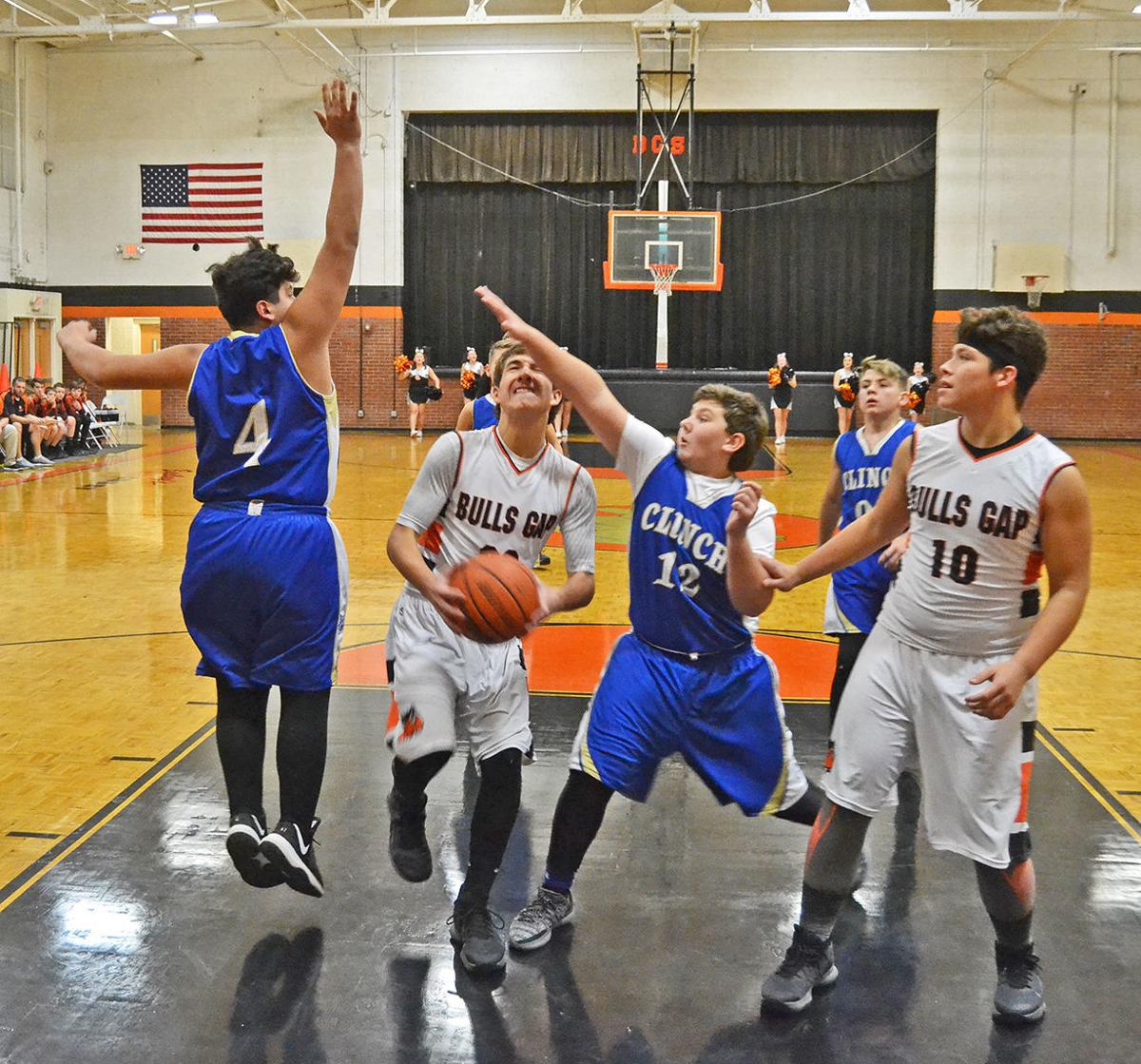 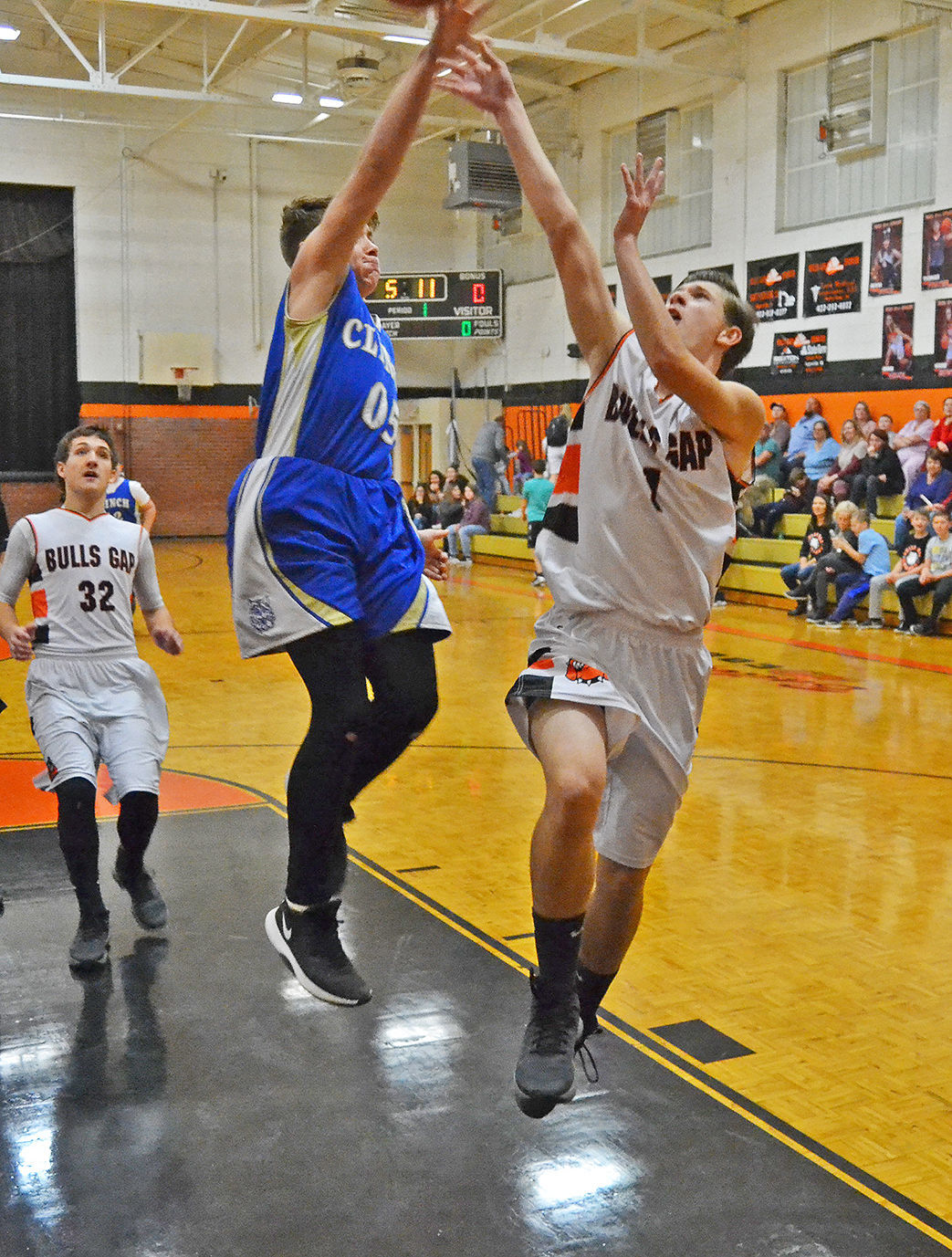 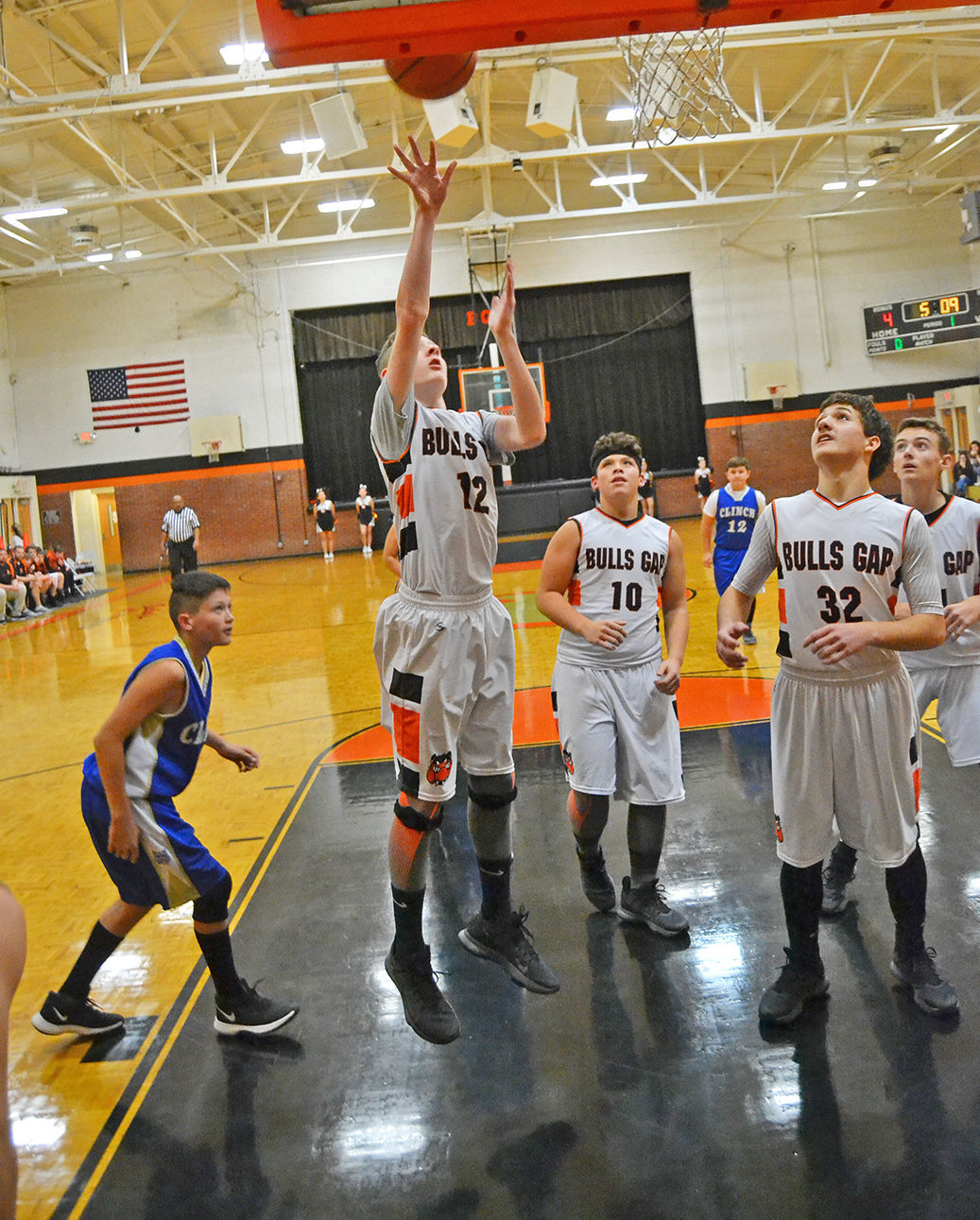 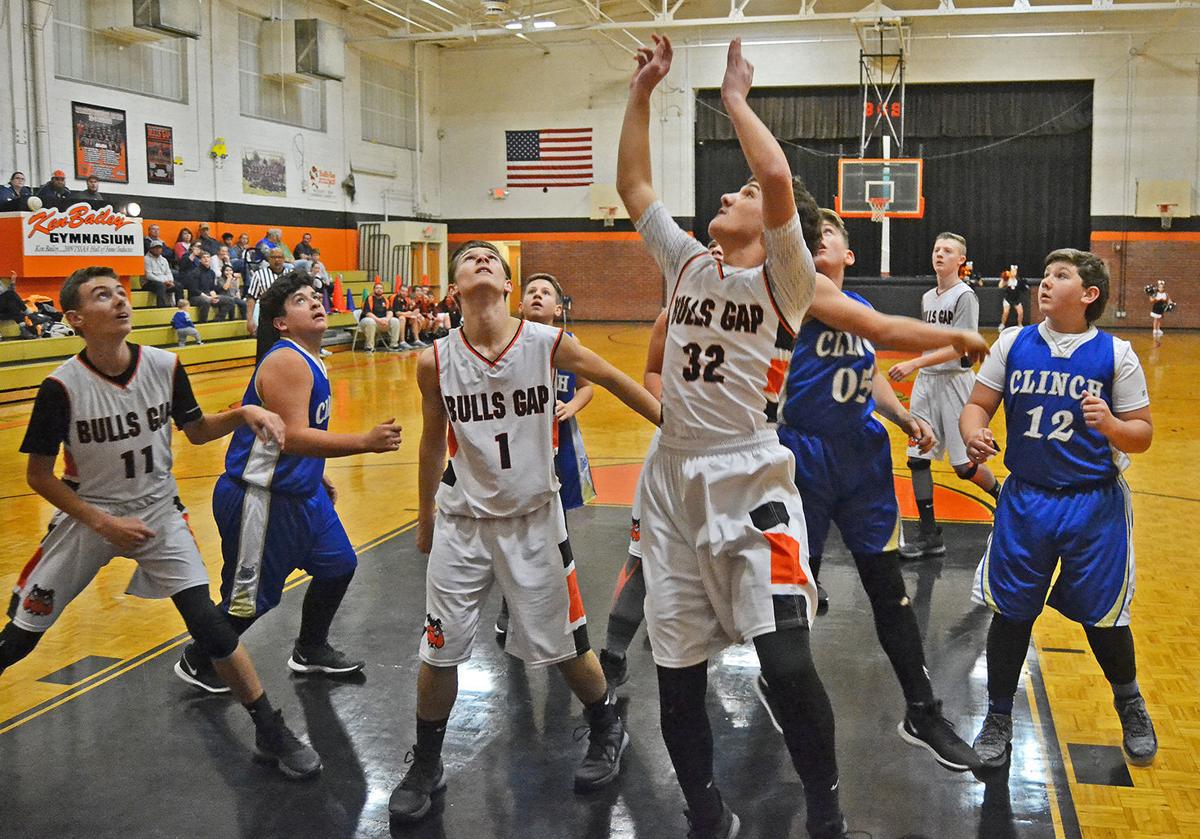 Members of Bulls Gap and Clinch battle for a rebound. 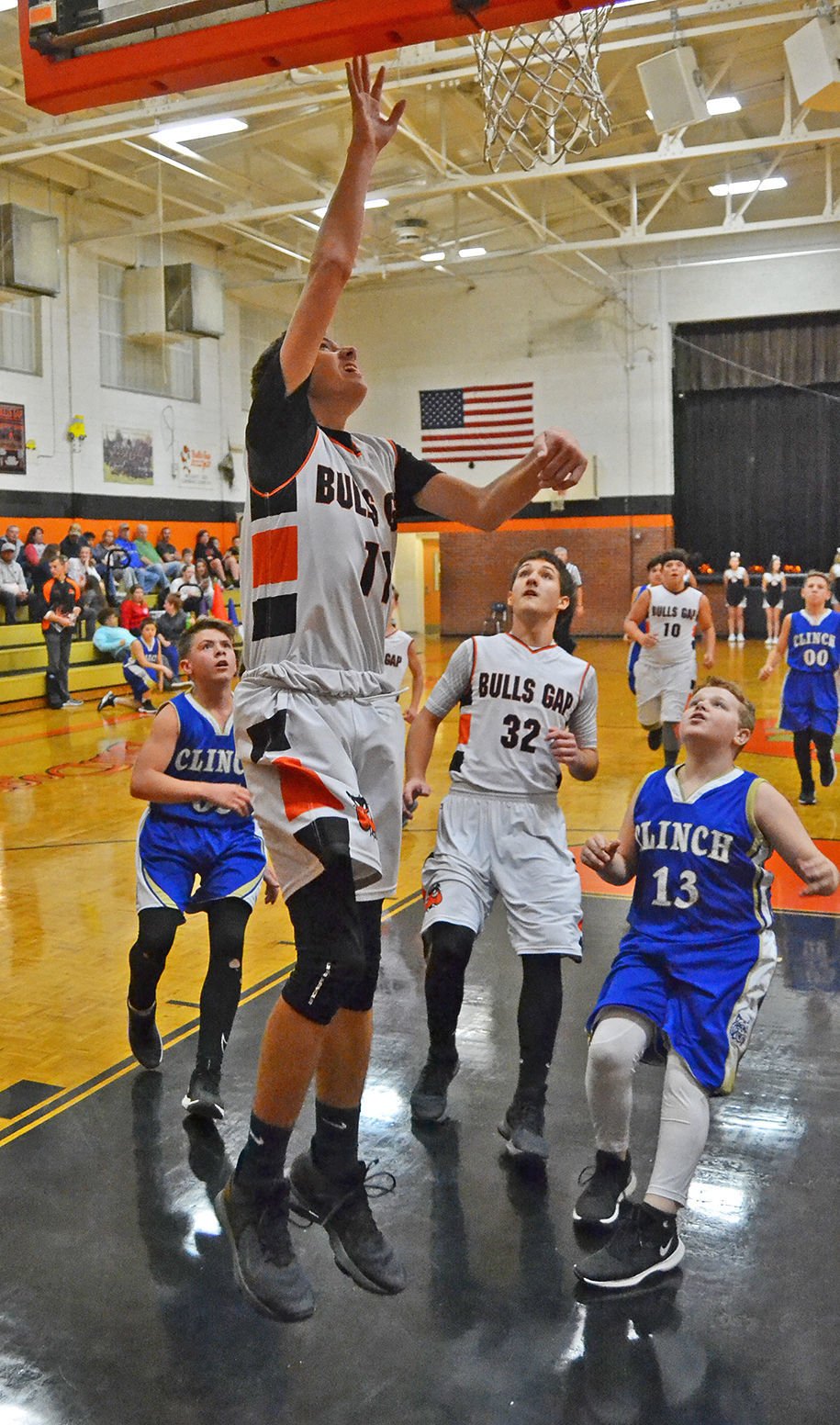 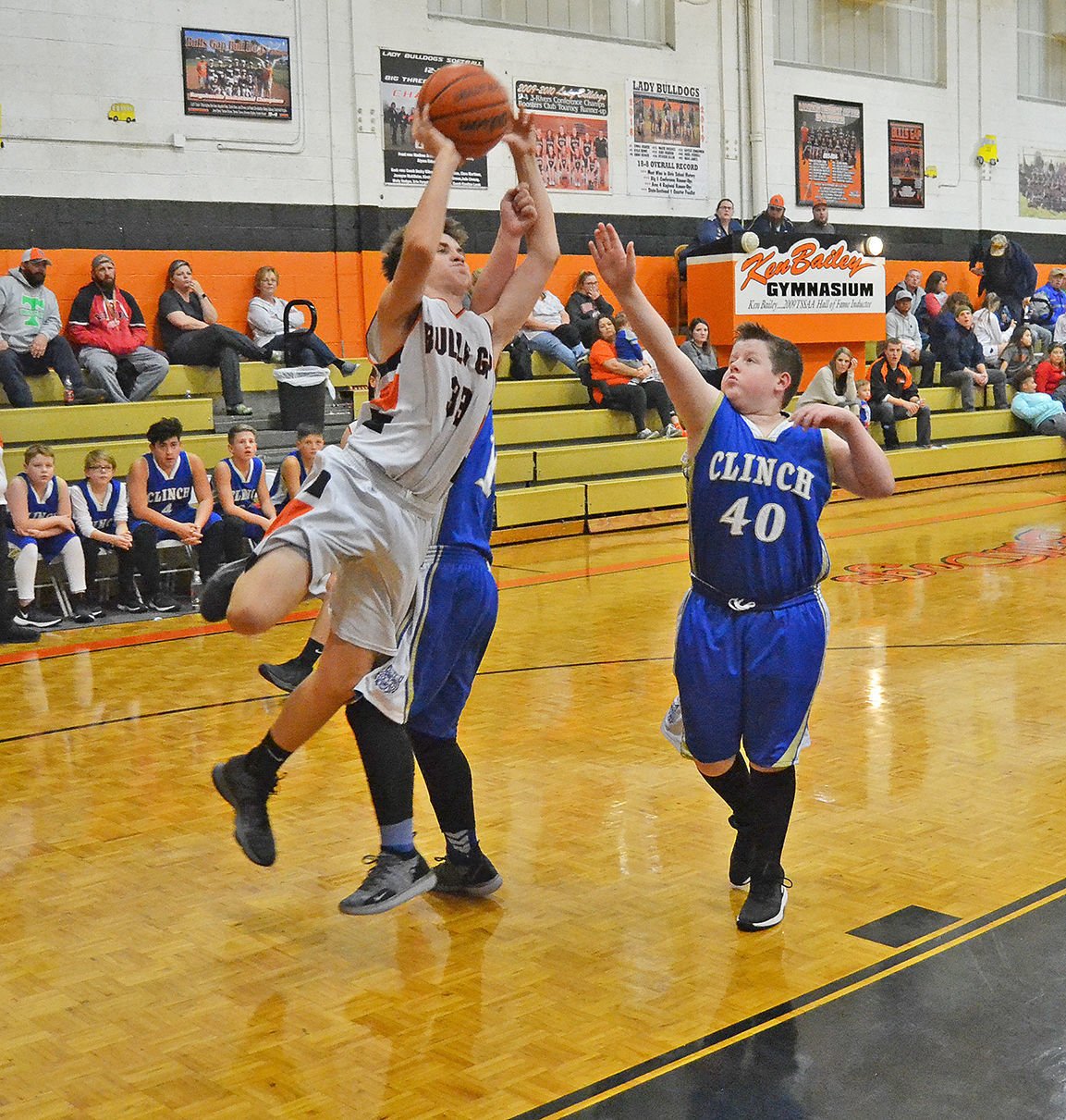 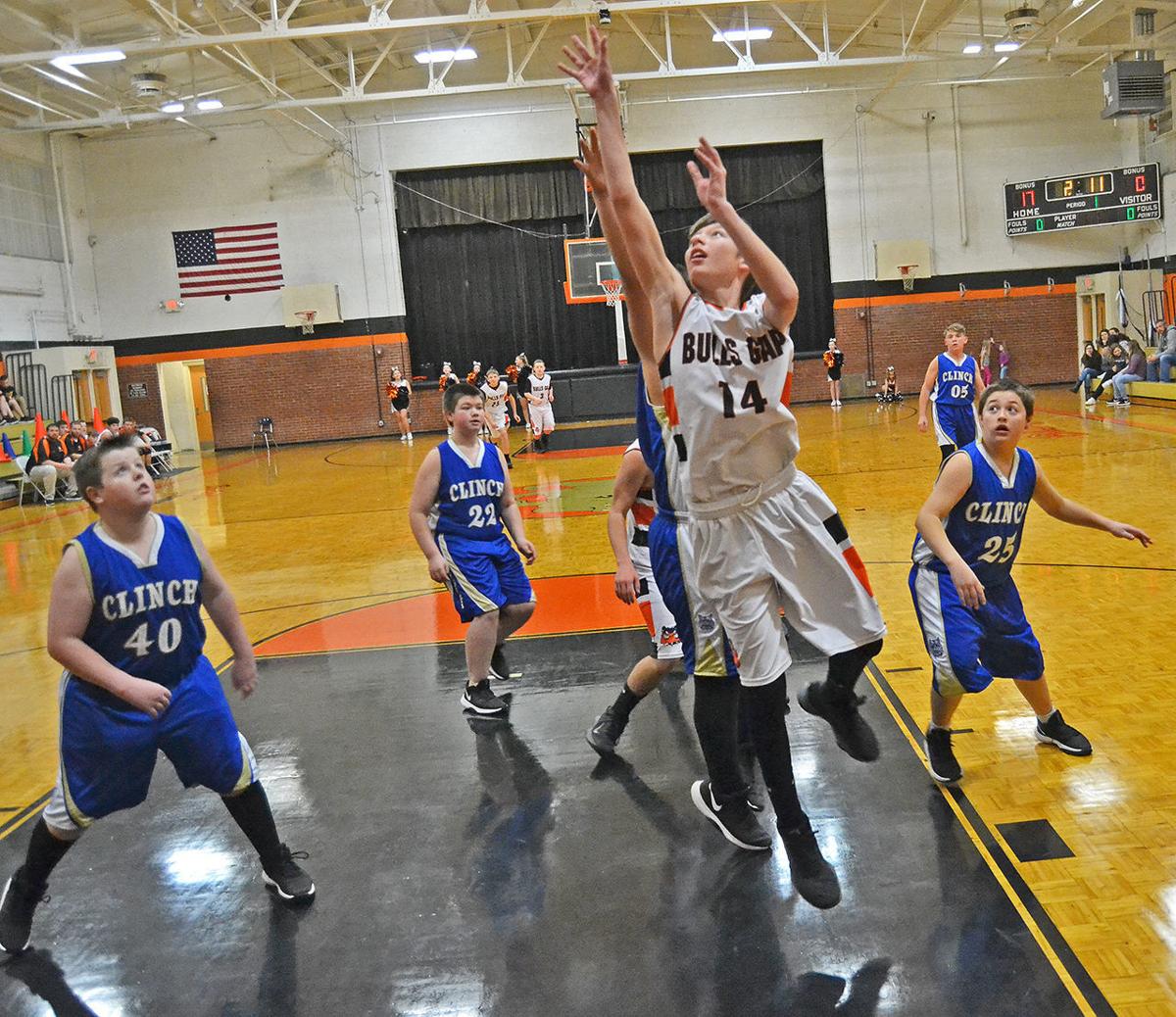 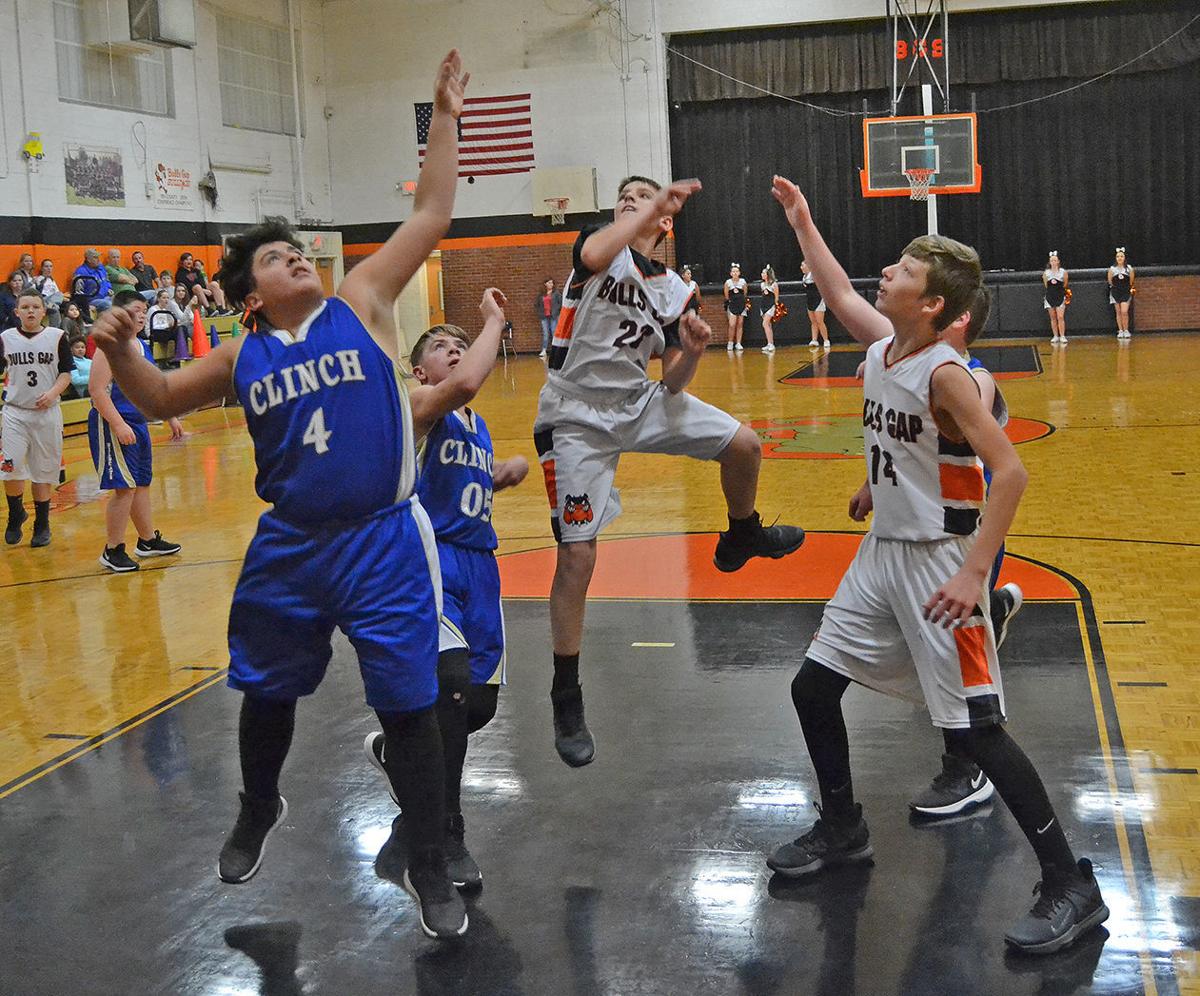 Members of Bulls Gap and Clinch battle for a rebound.

In Monday’s game, Bulls Gap held the Eagles scoreless over the first three quarters in building a 30-0 lead.

Elisha Jones and Andres Moncier led a balanced attack with nine points each. Moncier scored seven in the opening period.

The Bulldogs had another fast start Tuesday against Clinch, leading 21-3 after one quarter and 38-9 at halftime. The Wildcats scored all nine points from beyond the arc.

Colby Barton scored 10 of his game-high 14 in the first half, while Moncier had all of his eight points in the first half. Barton hit four of six from the line. Seven other Bulldogs scored in the game. Jones had six, while Thomas Prater and Jason Allen had five each.