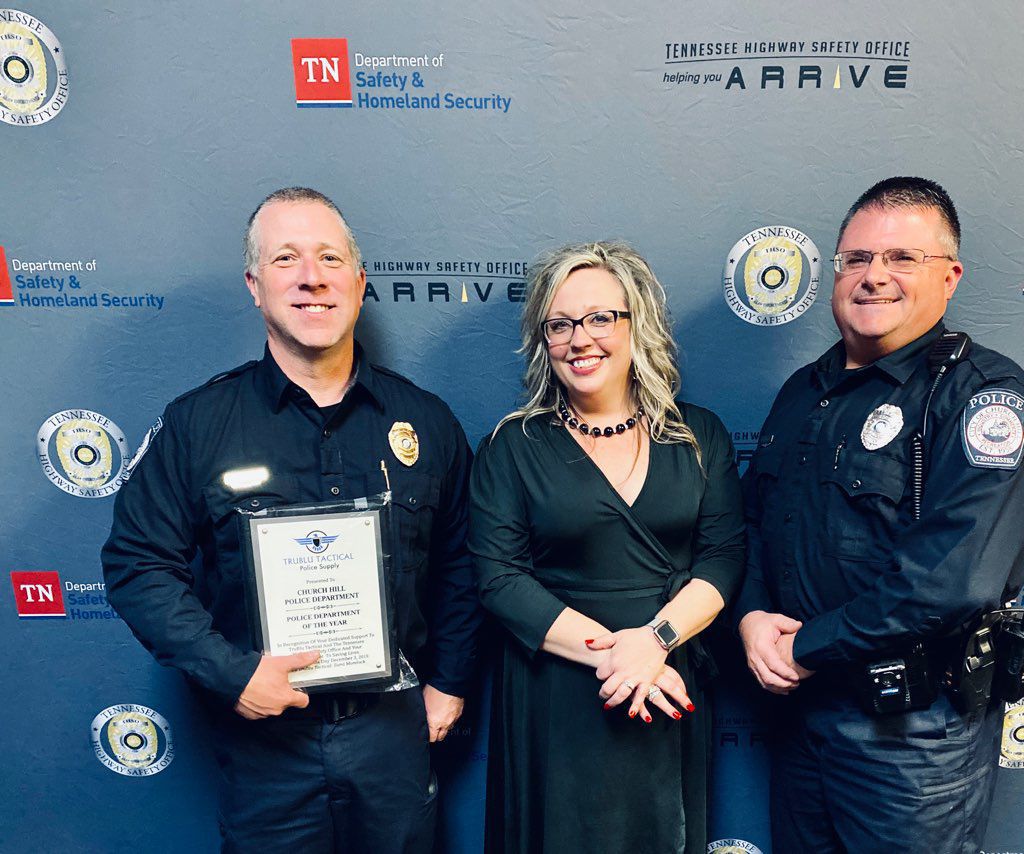 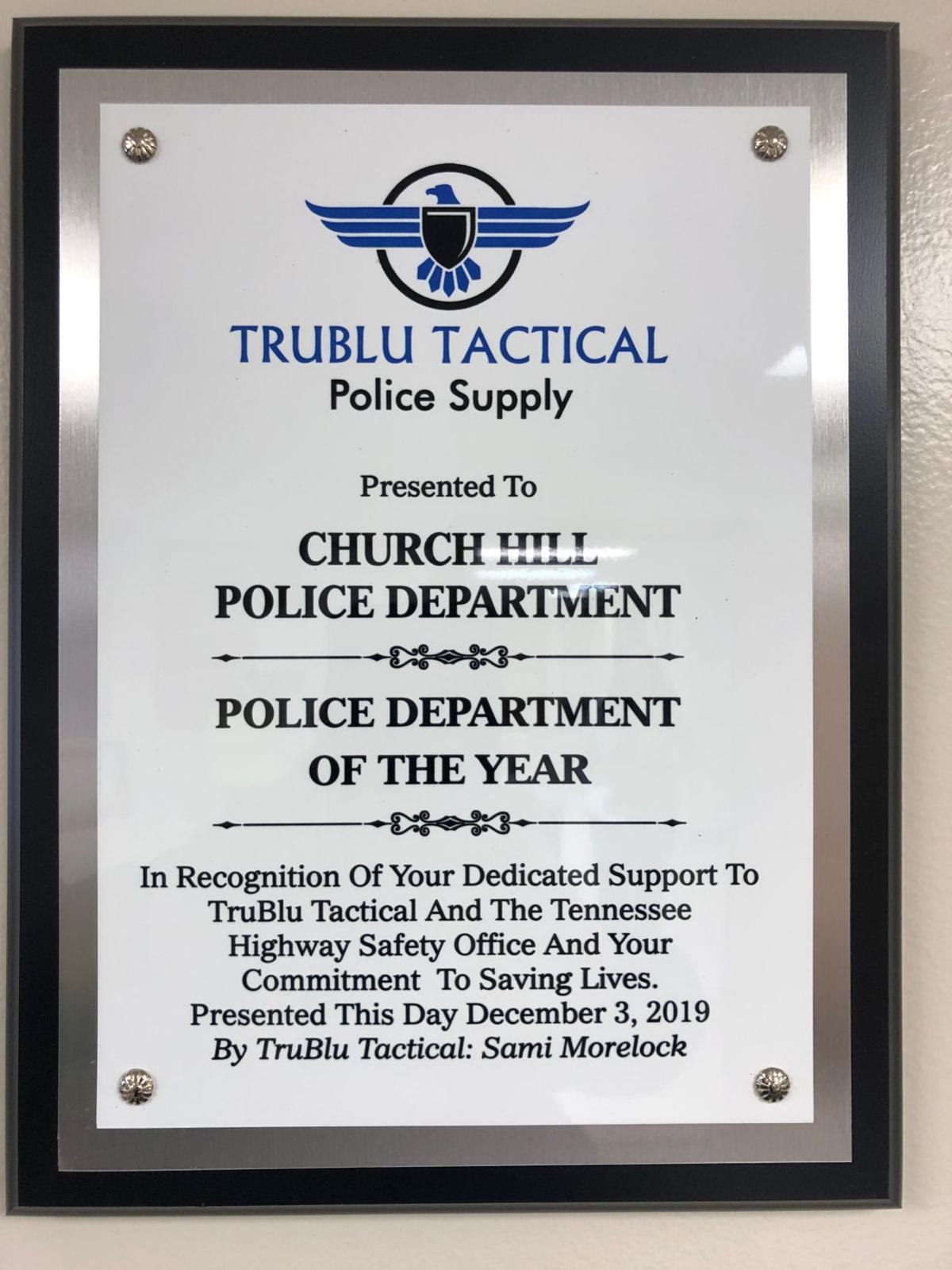 CHPD Chief Chad Mosley and Sergeant Dustin Dean received the award on behalf of the CHPD at the THSO end-of-the-year ceremony.

This is CHPD’s first time receiving the award.

“We were very honored,” Mosley said.

In order to qualify for this award, each police department must participate in THSO programs, such as “Click It or Ticket” or “Booze It and Lose It.”

“THSO is a great program, and they do a lot for police departments,” Mosley said.

Sergeant Dean has served as the CHPD’s representative for the THSO for the past several years.

“He puts in a lot of work,” Mosley said. “He organizes safety checkpoints and seatbelt checkpoints through our department. He does a lot in our community with schools and programs, so I think his help was a major factor behind getting this award.”

This award follows closely on the heels of Security Baron naming Church Hill as the safest city in the entire state, so Mosley explained that, naturally, everyone in the CHPD is pretty excited.

“In this line of work, it’s not often that you get recognized or receive awards, so it’s been good for us,” he said. “It’s definitely a morale booster.”