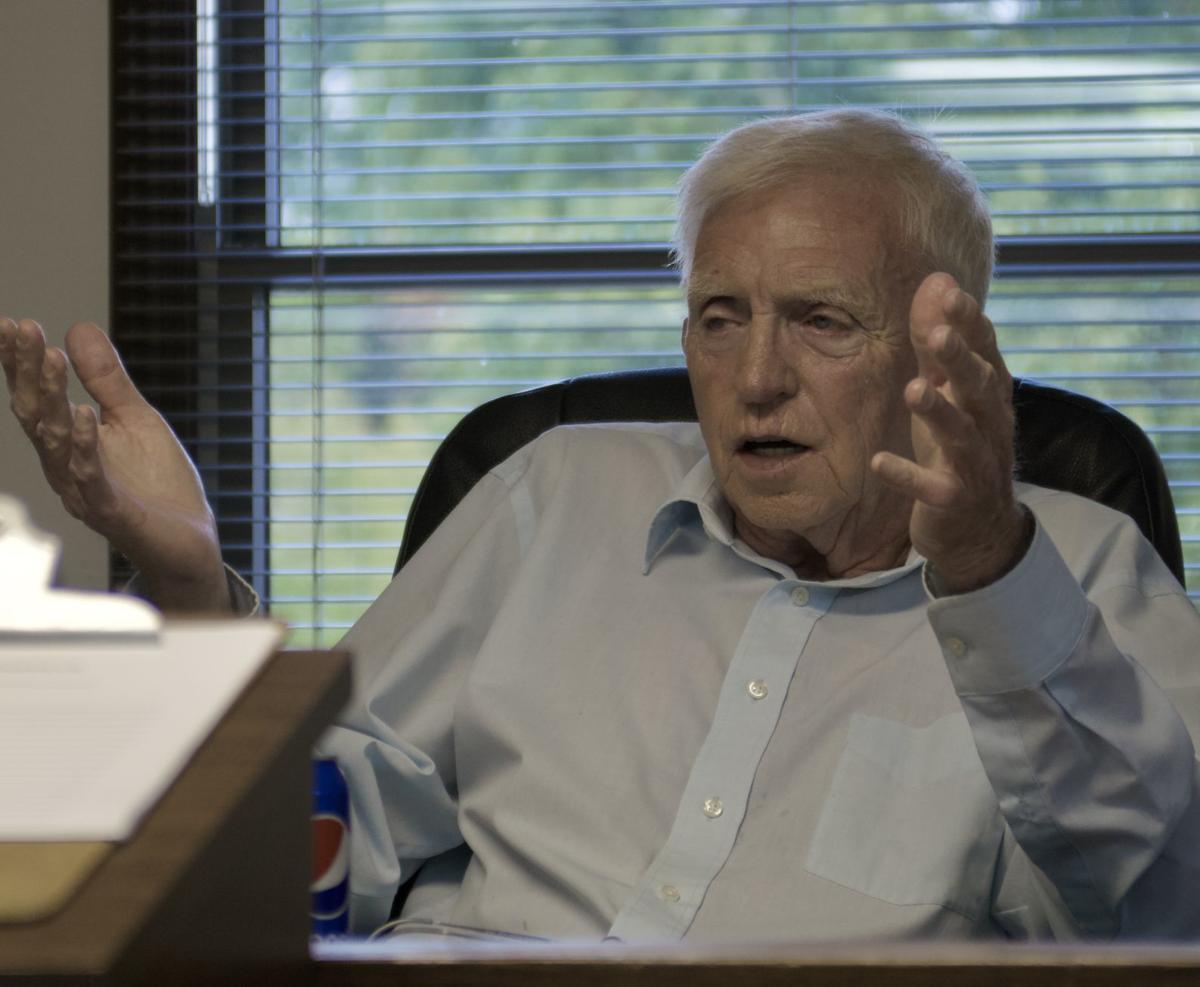 Surgoinsville Mayor Merrell Graham told the board that he felt tethering animals was “inhumane.” 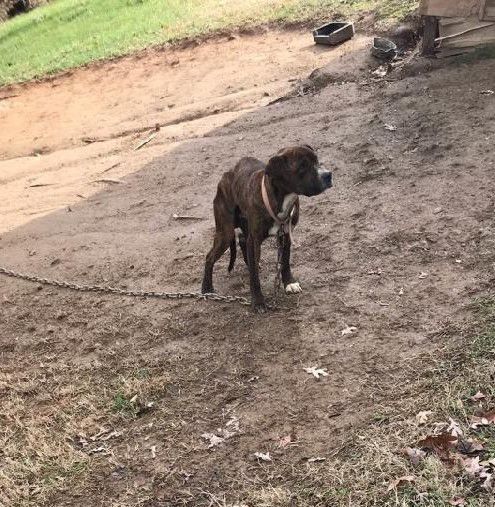 Back in December, the Hawkins Co. Humane Society shared the story of Rebel, who was found tethered and emaciated. Rebel was later rescued by a Hawkins Co. man Daren Livesay, and the two have been friends ever since.

Surgoinsville Mayor Merrell Graham told the board that he felt tethering animals was “inhumane.”

Back in December, the Hawkins Co. Humane Society shared the story of Rebel, who was found tethered and emaciated. Rebel was later rescued by a Hawkins Co. man Daren Livesay, and the two have been friends ever since.

The Surgoinsville BMA may soon consider an ordinance that would place restrictions on the tethering of animals.

Though Mayor Merrell Graham noted that it might be impossible to completely ban the practice, he said he felt tethering was “inhumane.”

The BMA did not have a quorum at their Monday evening meeting and could not conduct regular business, but the members who were present discussed some possibilities.

“We’ve had some suggestions, and we’ve had a little discussion about Rogersville’s ordinance about tethering animals,” Graham said. “As I understand it, they allow tethering for only 12 hours per day.”

“I’m sure there’s a model out there somewhere that we could look at,” Graham added. “But, I think one option would be not allowing tethering at all. But, I’m sure there would be people wanting to discuss that.”

He also noted that Surgoinsville already has several ordinances relating to animals, such as one prohibiting animals from running at large.

“I think if you’re going to tether a dog, leave it home and leave it tethered any amount of time is inhumane,” Graham added. “Used to, this was just something that was done a lot of the time. But, I’ve always thought it was inhumane.”

“Surely the ASPCA (American Society for the Prevention of Cruelty to Animals) or the Humane Society has suggestions dealing with confining animals,” City attorney John May added.

He then suggested the board look into the suggestions from these organizations.

“If it is implemented or tethering is prohibited, I would certainly recommend that the town give a time period for pet owners to adjust to and apply it,” McNally said.

May also suggested the town have a public hearing to gather citizen input.

“Surely there are people that believe, at least for certain breeds, they need to be out of doors as opposed to confined indoors,” he said. “They’ve got to be kept from running at large. But the ultimate purpose (of the ordinance), of course, is to prevent cruelty to animals.”

When asked what brought the issue before the board, McNally said that the issue has been on his mind for a while.

“From day to day working and being in and out of the Surgoinsville area, I kept seeing these animals continuously tethered,” he said. “Most of them are locations that are reoccurring—the same animal that is tied 24/7, and you never see it off a tether unless it breaks loose. I knew it was going to be an in-depth study to compile an ordinance that suits the needs of Surgoinsville and that everybody can deal with. Because I do think that it is inhumane to tether 24/7. I can see where there would be times when a pet owner would need to tether but not 24/7.”

He went on to add that research shows continuous tethering can lead to aggressive behavior in animals.

“When you really get into it, it’s a pretty in-depth issue,” he added. “It’s not as simple as just saying, ‘we don’t want you to tether or chain up your dog.’ Because the outcome for the dog may be that the owner does away with the tether and puts it in a 3x3 pen made out of wood pallets and propped up with tobacco sticks. Is that fair to the dog? No. Then, we’ve removed it from one bad situation and are somewhat responsible for moving it to another bad situation—unless we have really good regulations and enforcement of it. It’s not just cut and dry.”

The BMA will take up the issue when it meets next month on April 13, but Graham noted that the town will offer citizens ample time to give their input before the BMA makes any official decisions.