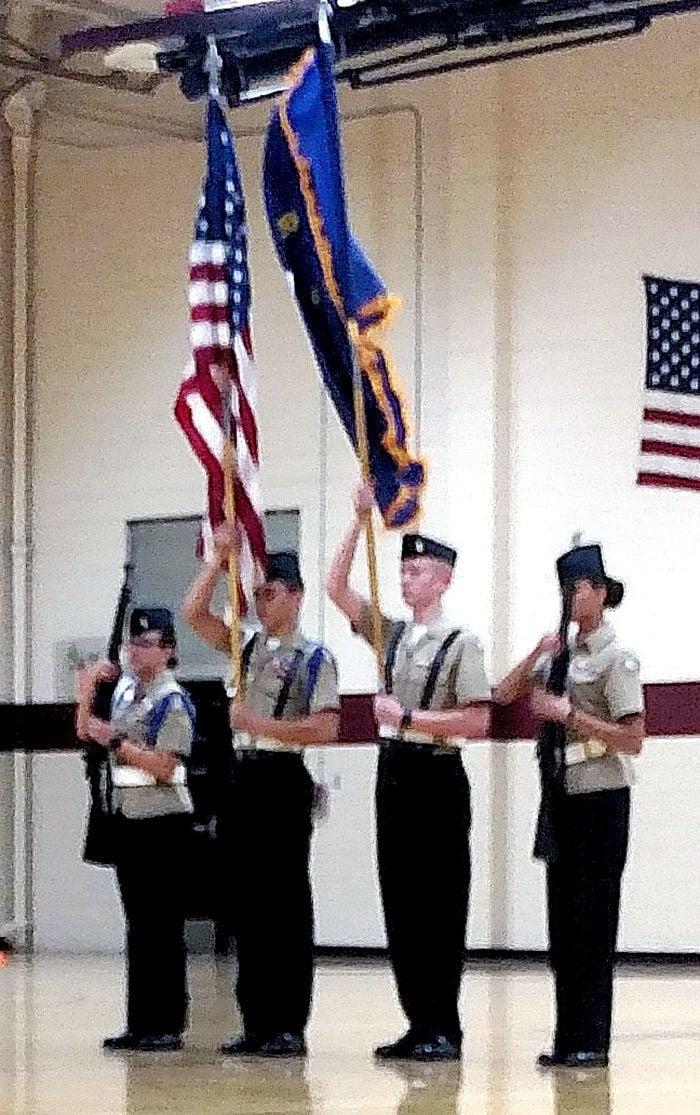 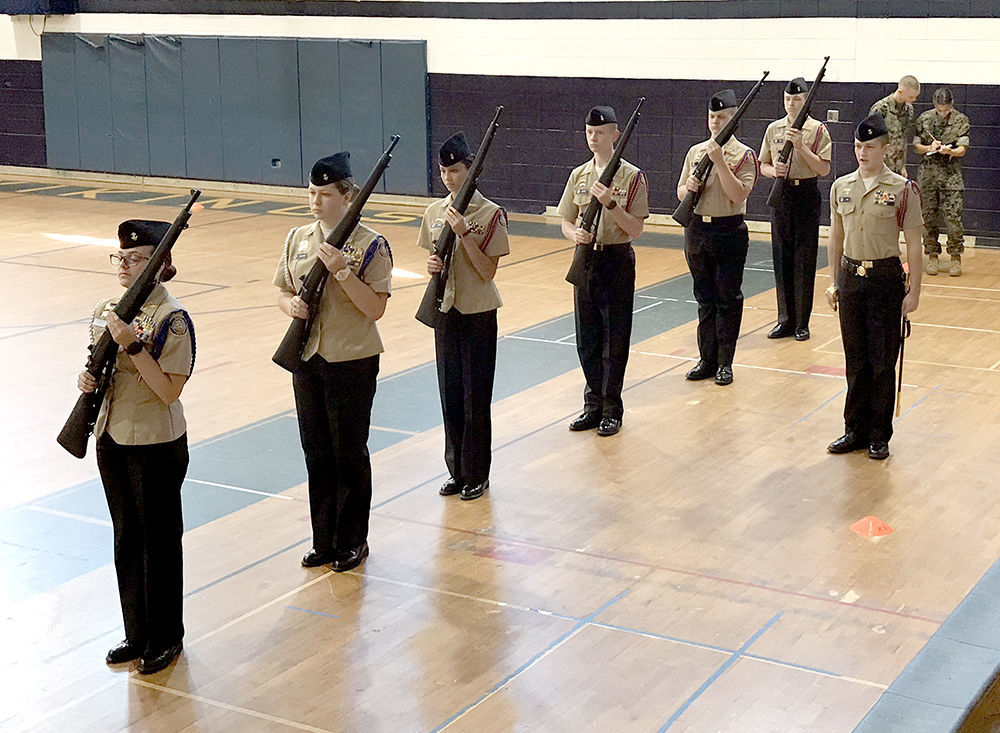 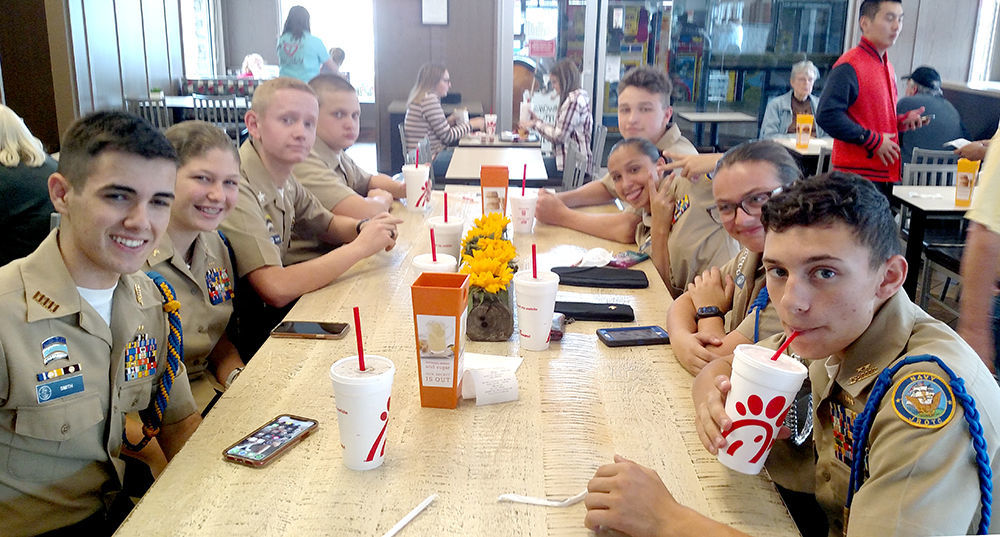 Following months of instruction from Cadet Commander Brandon Smith, who is the captain of the drill team, Volunteer competed in both competitions and performed excellently in front of the judges.

Cadet Hill, who was the commander for the Armed Squad portion of the drill sequence, called his commands with excellence in both competitions. His squad consisted of cadets from all year groups in the high school. His excellence in commanding and the willingness of his squad to follow the commands, led to a first place finish in both competitions.

Cadet Shelton was placed in command of the Unarmed Squad portion of the sequence. This was her first appearance as a drill commander in the 4 years she has been in the program. She also showed great command presence during the competition which brought home a second place finish in both competitions.

Combining the scores from all four events in each of the competitions, the Volunteer High School NJROTC Drill Team earned an overall third place at ARRC and an overall first place finish at South Iredell. The cadets got to experience inter-service competition and ultimately have a fun time while competing.

The mission of Navy JROTC is to instill in the values of citizenship, service to the United States, personal responsibility, and a sense of accomplishment. Trips to military bases and universities around the region help accomplish this mission by showing Cadets opportunities that await upon completion of High School. Cadets receive academic credit for their enrollment in JROTC while earning community service hours, participating in extracurricular activities, and developing leadership attributes. Cadets have no military obligation for participating in JROTC, but they can receive promotion in the armed forces should they chose to enlist.