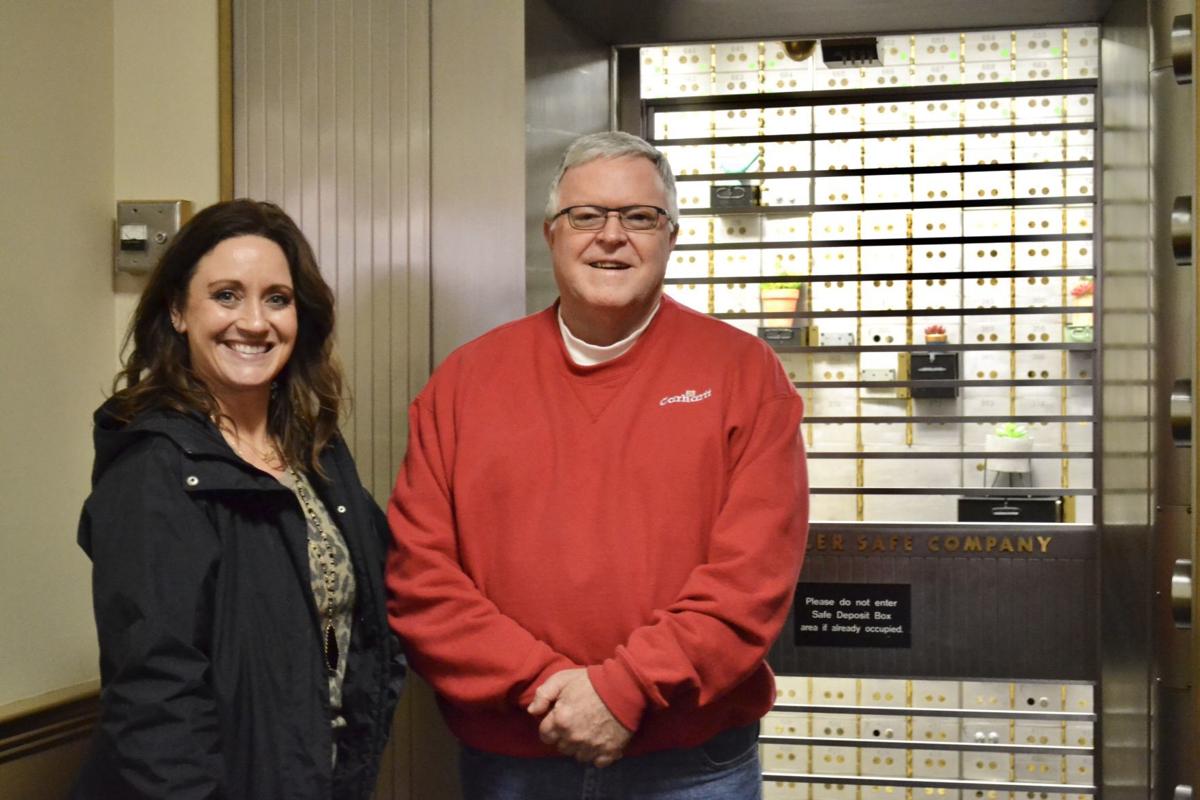 Drs. Amanda Dellinger (left) and Eddie Abernathy (right) stand in front of one of the vaults in the former US Bank building. 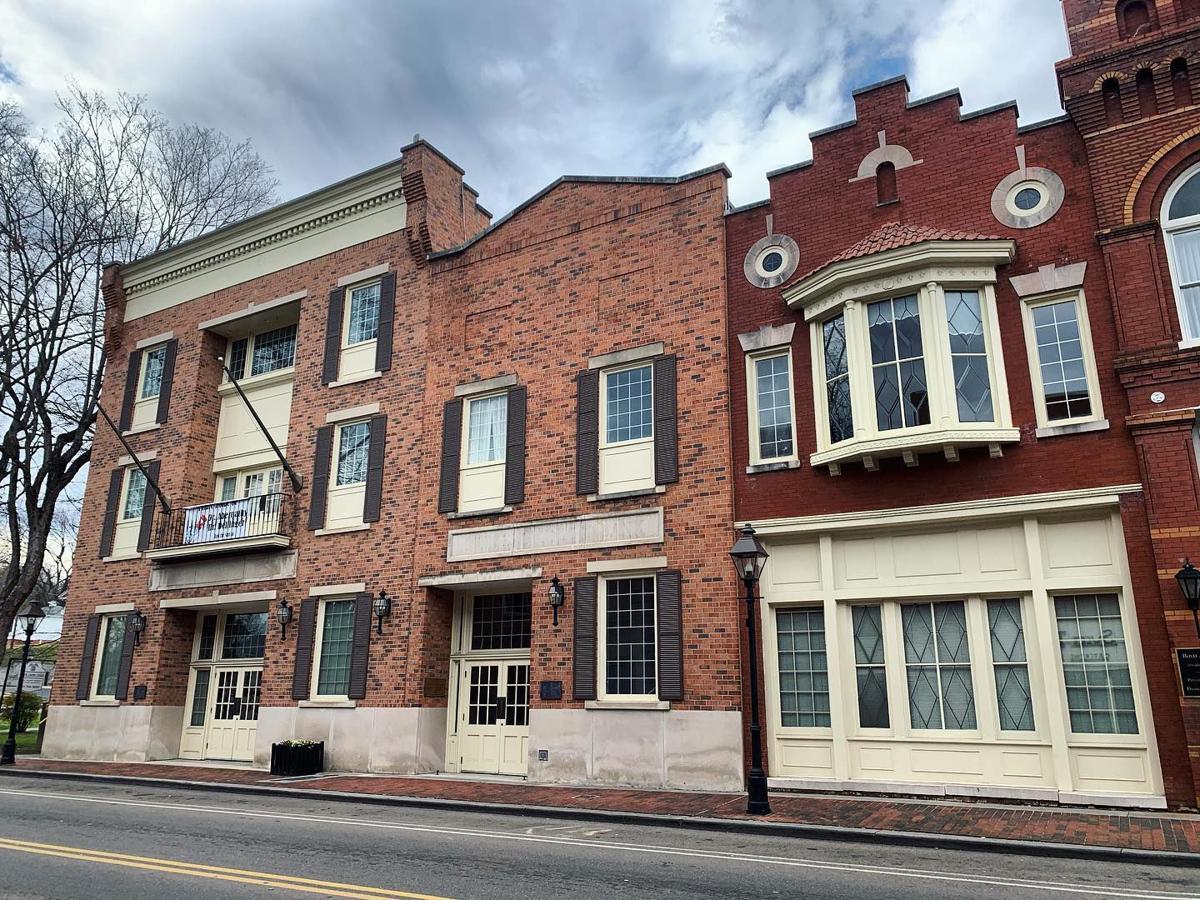 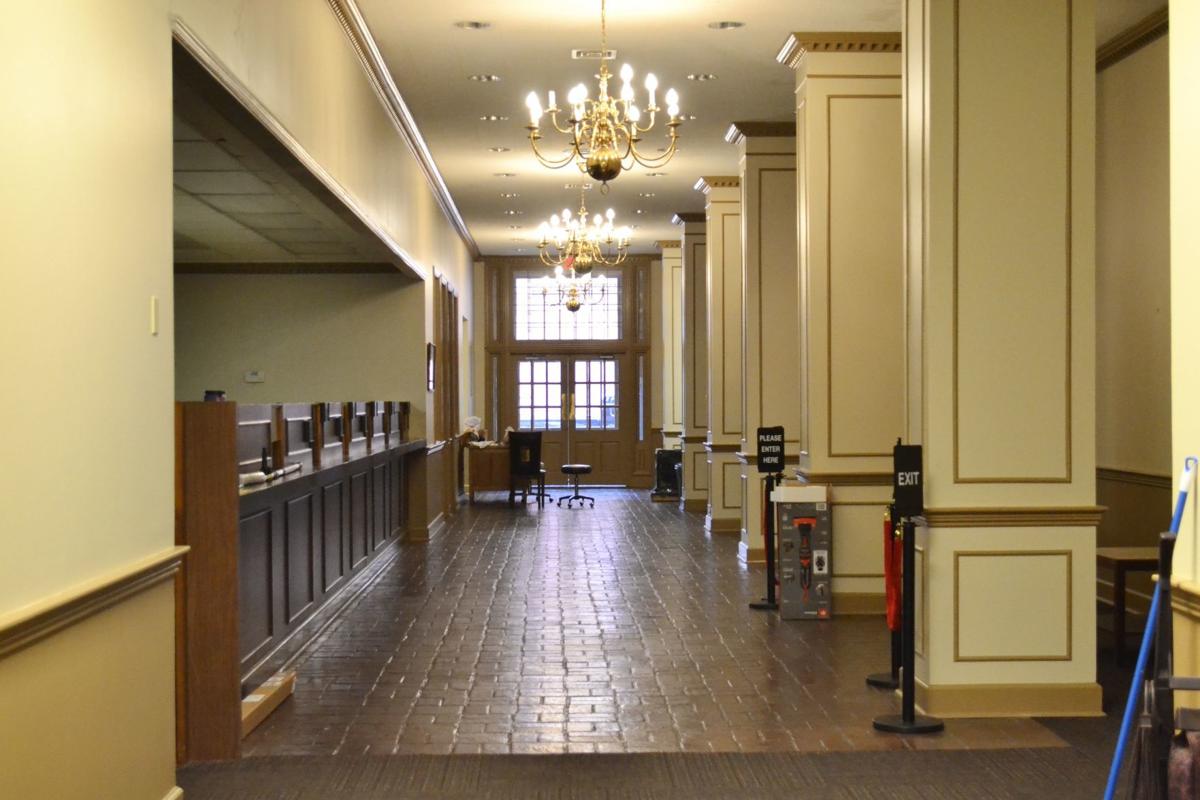 This is the view that patients will see when entering the former US Bank building from the back parking lot. The former tellers desk, seen here on the left, will be the new patient check-in desk. 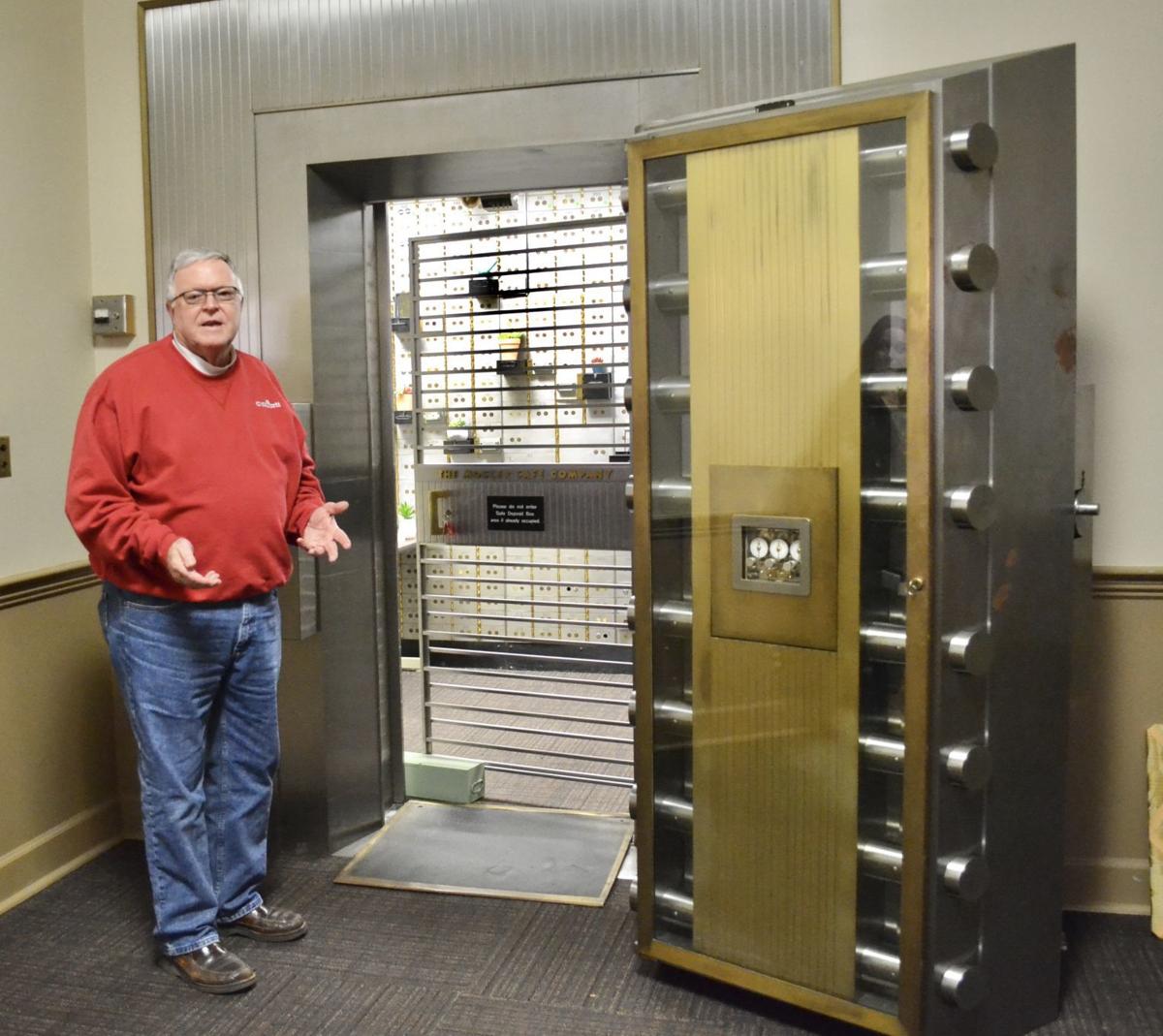 Dr. Eddie Abernathy stands next to one of the large vault doors in the former US Bank building 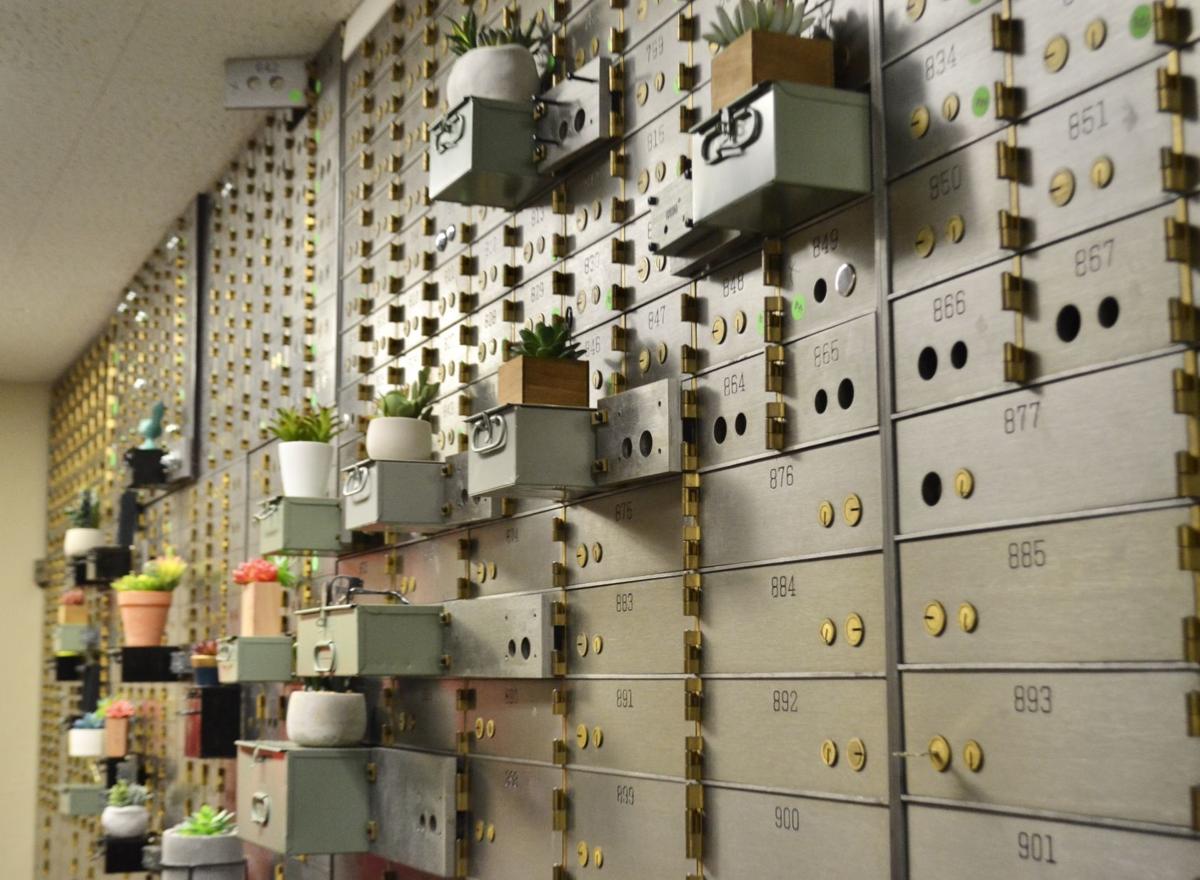 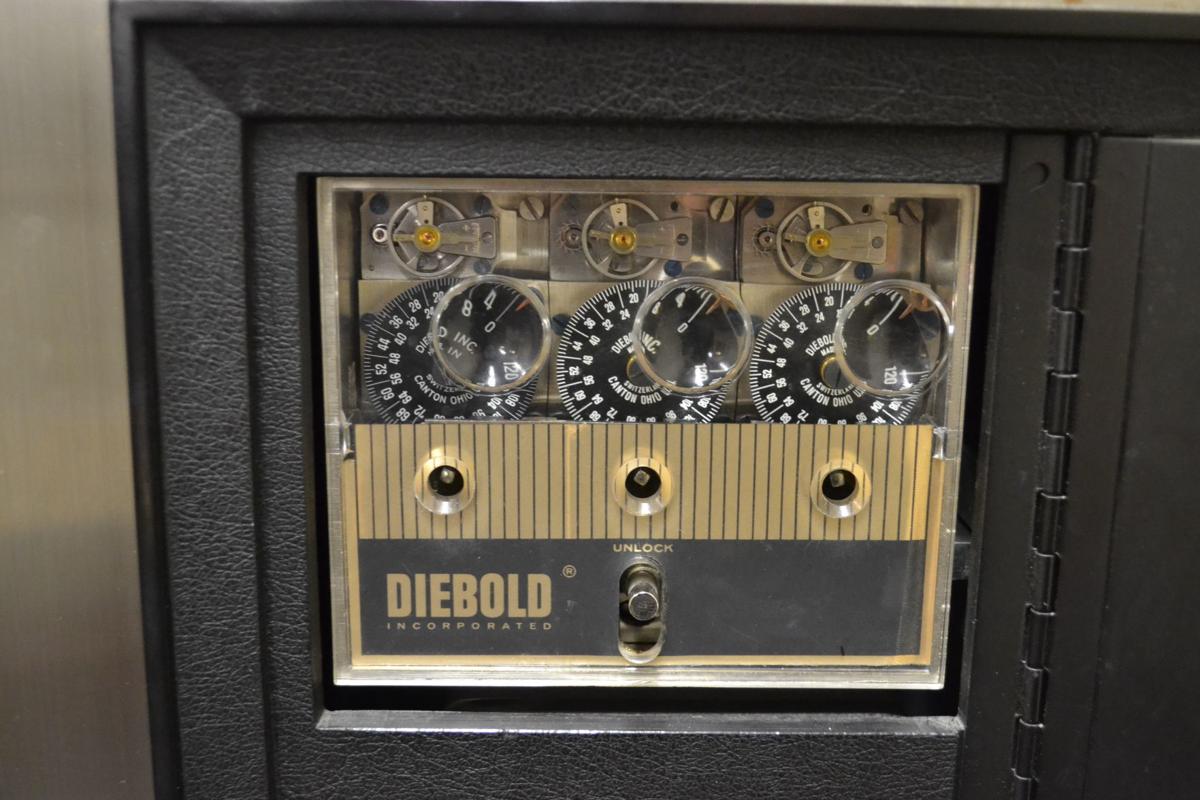 Drs. Amanda Dellinger (left) and Eddie Abernathy (right) stand in front of one of the vaults in the former US Bank building.

This is the view that patients will see when entering the former US Bank building from the back parking lot. The former tellers desk, seen here on the left, will be the new patient check-in desk.

Dr. Eddie Abernathy stands next to one of the large vault doors in the former US Bank building

Though change isn’t always easy, Dr. Amanda Dellinger explained that this is something she and Dr. Eddie Abernathy try to take in stride.

That’s why, after 36 years of service at their current office, located at 311 E. Main Street, Rogersville Vision Clinic is moving into the former US Bank building just two blocks away at 107 E. Main Street.

“Eddie is very good at accepting change,” Dellinger said. “You hear of people who stagnate when they’ve been in practice for some time. They don’t want to look at new technology, new ideas or any kind of progression. But when most people are looking at retiring, Eddie is taking on more responsibility.”

They will make the move at the end of February and plan to see patients at the new location on Monday, March 2.

More than three times the space

Though they now own the entirety of the building, they will only use the first floor for their optometric practice. They hope to rent out the offices on the second and third floors, and several entities are already occupying those spaces.

The first floor alone will provide more than three times the space of their current office, as they currently have around 3,500 square feet to work with and will be moving into around 11,500 square feet.

This will greatly aid their ability to see patients, as Abernathy explained that their current office is jam packed with equipment.

“Some of the rooms here (at the current building) may have three or four instruments in them,” he said. “If someone else needs to use one of them while someone is already in that room, they can’t use any of the machines until the person comes out of the room.”

He explained that, even if the two patients would be using separate instruments, they cannot be in the same room due to patient privacy and HIPAA (Health Insurance Portability and Accountability) regulations.

“We want to make it more accessible to patients because, what has happened is that we have technicians who are waiting with a chart in hand, but they can’t get into a room,” Dellinger said.

They went on to explain that nearly every instrument will have its own room at the new location.

Parking will also be much more accessible at their new location, as it offers an entire parking lot behind the building.

Though they have rented the parking lot next door to their current office for several years, Abernathy explained that this still presents a problem for patients with wheelchairs or walkers, as the parking lot is uneven, and there is a downward slope in the sidewalk leading into the building.

“We want to keep the bank feel,” Dellinger said. “The building has such great bones and has been such an anchor for downtown Rogersville.”

“When people walk in, they will think, ‘wow, this is the bank,’” Abernathy added.

Dellinger explained that they don’t plan to do any major renovations to the bank building and want to make use of the building’s unique features.

They haven’t completely figured out their layout yet, but they plan to use the large teller desk as the patient check-in and may display glasses inside one of the vaults.

Relocating an entire optometry practice is certainly no small feat, though. In almost every room of their current office, you will find at least one computer or wall-mounted screen.

All of this will have to be disconnected, moved and then reconnected.

Thankfully, they have lots of help and have hired moving professionals.

They have already begun to move some things to the new location, but the major equipment moves are set to take place on Feb. 27 and 28. Because of this, they plan to be closed half of the Feb. 27 and all of Feb, 28.

However, they explained that they will be there for patients who need them during this moving process.

“On the days that we’re moving if a patient comes in and needs to be seen for an emergency, we’ll make every effort to be there for patient care,” Dellinger said.

They will then begin seeing patients at their new location on March 2.

They will also be adding a third optometrist to their team soon after their move.

The existing US Bank building was built in 1943, but it underwent extensive renovations in the 1978-1979 so that very little of the original building still exists.

The bank now known as US Bank was established at Citizens-Union Bank of Rogersville on Jan. 2, 1887, and operated under that name until April 8, 1976, when the name was changed to simply Citizen-Union Bank.

On Jan. 23, 1993, the bank merged with and became a branch of First Union National Bank of Tennessee. It underwent several subsequent name changes before becoming part of US Bank.

US bank vacated the location in May of 2019, and Abernathy and Dellinger purchased the building in November of the same year.

Abernathy actually got his start in optometry in 1979 in the old J.W. McDonald & Sons Mill building, which is located just across the street from Rogersville City School.

His current office, which he moved to in 1984, actually served as a piano store before he converted it into an optometry practice.

“I think you’ll miss the nostalgia of the place,” Dellinger said to Abernathy. “This has been home for a long time.”

Though they don’t have any prospective buyers for their current office, Dellinger said they hope to find someone who would “make a good home out of it.”

“Both Eddie and I believe that we’re supposed to be in this new building,” Dellinger said. “We really do look forward to being in there.”