The highway department maintains a total of 850 miles of Hawkins County roads. 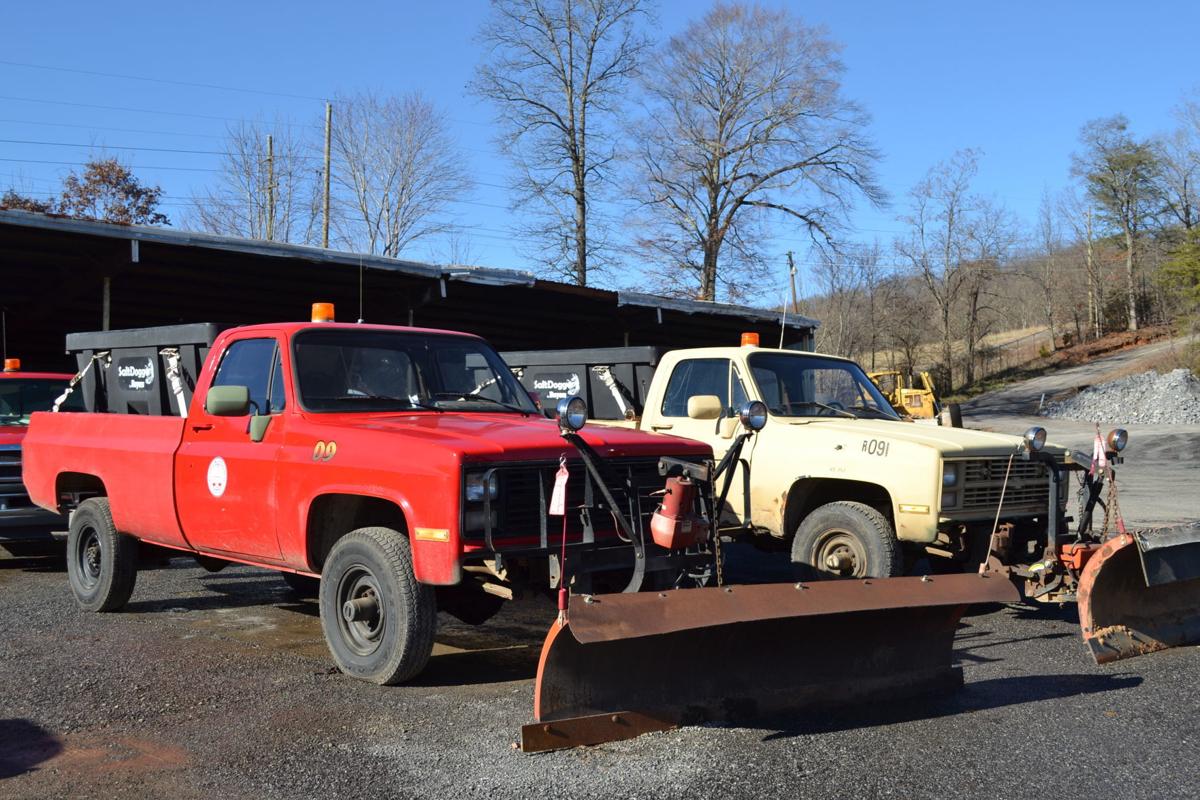 The highway department maintains a total of 850 miles of Hawkins County roads.

As we near the end of January, many Hawkins Countians are expecting the snow and ice to come our way.

Though Bean expects a mild winter, he and his crew are prepared for whatever weather might visit the area.

How much snow are they prepared for?

“We’re prepared for however much snow we get in this area, and we have gotten as much as a foot before,” Bean said. “We’re prepared to take care of that two or three times a year, but hopefully we won’t get that much snow.”

So, are there any ‘winter nightmares’ for which the county highway department does not feel prepared?

“No, not after last spring,” Bean told the Review. “After all that rain and the roads falling in, we went through that, and we’re prepared for that again if it should happen. If it comes a big snow and freezes, we’ve been through that, so we know what to prepare for. If it got any worse than it did last spring, we would be challenged a little. But, we were challenged last spring, and we handled it—and we did it all within our budget.”

Workers at the highway department begin preparing for winter around October by servicing each of their snow trucks and taking them for test drives.

It’s during January and February, though, when workers expect to battle the elements.

“I’m pretty much in bed with the weatherman during those two months,” Bean said with a laugh. “Those are my two worrisome months. If we get any snow in March, it’s usually a wet snow that we can easily blade (plow).”

In 2017, the highway department opened a new lot in Church Hill to house salt and ice chat, which Bean described as “a dust or really small gravel made from crushing rock” used to help cars get traction on slick roads. As he explained, this second lot has really shortened the time it takes to clear winter roads throughout the county.

Before, there was only the main highway department location in the county, which is located on Flora Ferry Road. So, workers trying to clear roads in the Church Hill and Surgoinsville areas would have to come all the way back to Flora Ferry Road to load more salt or chat into their trucks.

“That has been a tremendous help,” Bean said. “Now, a truck can load their trucks at that lot and be back on the road in 10 to 15 minutes.”

There are actually around 150 tons of both salt and chat at the Rogersville office and around 300 tons in Church Hill. Bean explained that, after a mild winter last year, the department only salted the roads one time and used less than 200 tons. So, they actually had a lot of salt and chat left over from last year’s supply.

So far this winter, the department has not had to salt or chat the roads a single time with the exception of a few small ‘slick spots’ throughout the county.

They also have to be careful what kind of deicer they use on each road in the county.

‘Hop top’ roads are made from hot asphalt “put down with a paver,” as Bean explained. These are used in areas of higher traffic, such as main highways.

Bean explained that ice chat is used on chipseal roads, as salt can damage that surface. Salt can safely be used on ‘hot top roads,’ but ice chat is often mixed with salt to give cars some extra traction.

What roads do they maintain?

There are 850 miles of Hawkins County roads, and the highway department maintains them all. This does not include roads within the county’s towns, as these are maintained by individual towns.

“That 850 miles just includes one side of the road, and we’ve got to maintain both sides,” he said.

So, really, the department maintains 1,700 miles of road. In the case of a deep snow, Bean explained that workers might even have to make a second pass over each road, bringing the department’s total distance traveled to around 3,400 miles.

“If it’s snowing, we’ve got priority roads that we will send trucks to, assuming that it is going to be slick,” he said.

Each worker is also assigned to the same truck and same area of the county each year, so, “that way they know all of the roads, all the slick spots and know how to handle it.”

Many of these are, of course, mountainous roads that are extremely dangerous when slick.

“We’ve had some close calls, but thankfully, we’ve never had anyone get hurt,” Bean said. “We’ve had to pull some trucks back over the bank where they went over, but that’s just part of it.”

He went on to explain that the department often pre-treats many of these dangerous roads with salt and chat if the weather calls for a bad winter storm.

Things you might not knowBean explained that one of the most difficult winter situations he and his crew have faced in the recent past took place around four years ago.

“Probably the worst winter we’ve had was about four years ago when it came a big snow, and the temperature didn’t get above freezing for six or seven days,” he said. “When you’ve got a temperature like that, your salt doesn’t work. You can blade (plow) the roads all you want to, but you’re just wasting your time. You can put salt on the roads, and, if the sun comes out, it will begin to melt a little. But, it will freeze back that night, and then it is slicker than ever. Most people don’t realize that.”

In fact, an article from Cargill Deicing Technology’s website explains that the “practical working temperature” of salt is above 15 to 20 degrees Fahrenheit.

So, what can the highway department do in a case like this?

“Most of the time, we just use chat for traction,” he said. “I’ve even used a little bigger (gravel size) than chat before just for traction purposes. When it gets down in that solid ice, all you need is something for traction. That’s all you can do until it gets warm enough to melt.”

What can you do to help?“If people really want to help when it snows—if you don’t have to get out, stay home and let us work on the roads,” he said. “The more people travel a road, the harder it is to clear it because the snow and ice gets packed down. It just doesn’t blade well when you pack it down.”

Bean also encouraged everyone to pay attention to the weather and make preparations if the forecast calls for bad weather.

“We’ve had people who wait until the snow gets here, then call us and say something like, ‘I’m about out of my oxygen or my medication,’” he said.

He also ensures readers that, if there is bad weather, the highway department employees are working hard to keep the roads clear.

“I know a lot of times people think we’re not doing anything, but we’re working,” he said. “When ‘quitting time’ comes, that doesn’t mean a thing. We just keep working during the night or whatever. When we’re out here working as hard as we can, and you call to ask us to come clear your road—that doesn’t help a thing.”

He explained that, when there is a bad snow, the highway department office workers often answer over 100 calls per day from people asking for their road to be cleared.

“Now, if we’ve been working, have most of the roads clear and there are a few roads that we haven’t gotten to, then call and tell us,” he said. “But, remember that calling and being hostile to the people answering the phone isn’t going to get your road scraped any faster.”

So, readers, enjoy the unusually warm January weather of late but remember to thank the highway department when the next snow falls.