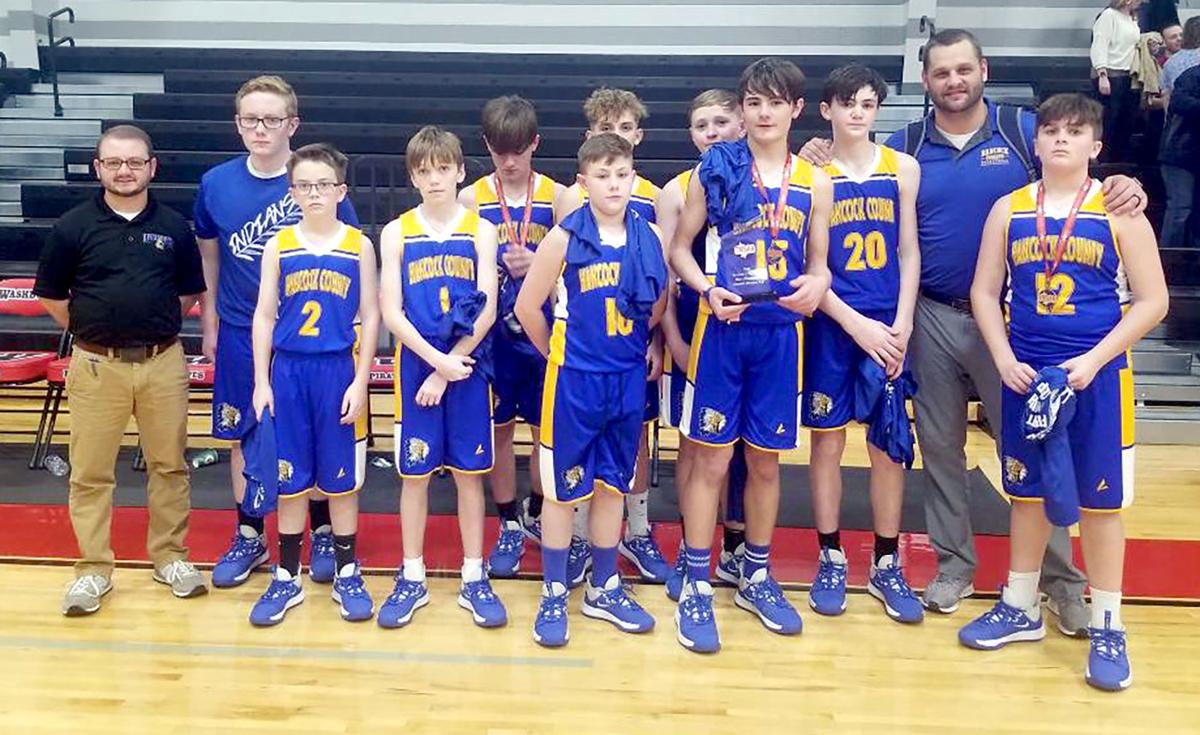 Hancock County Boys team that competed in the tournament. (Our apologies ... a photo of the Girls team was not available.) 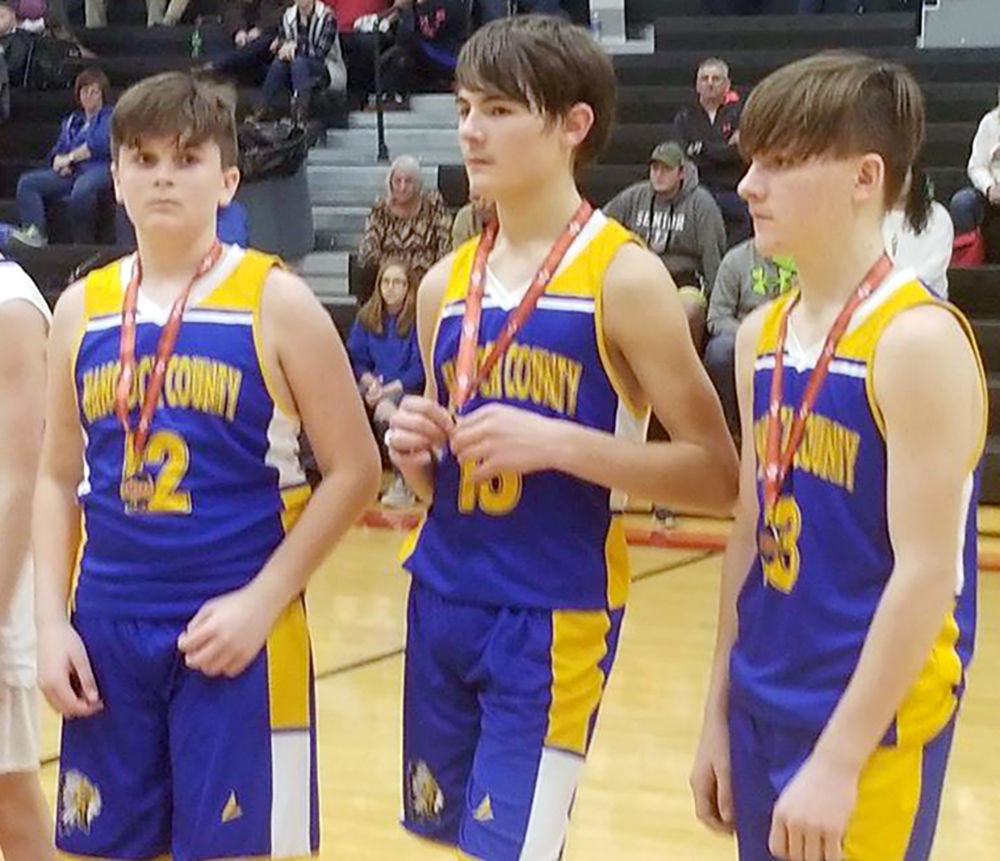 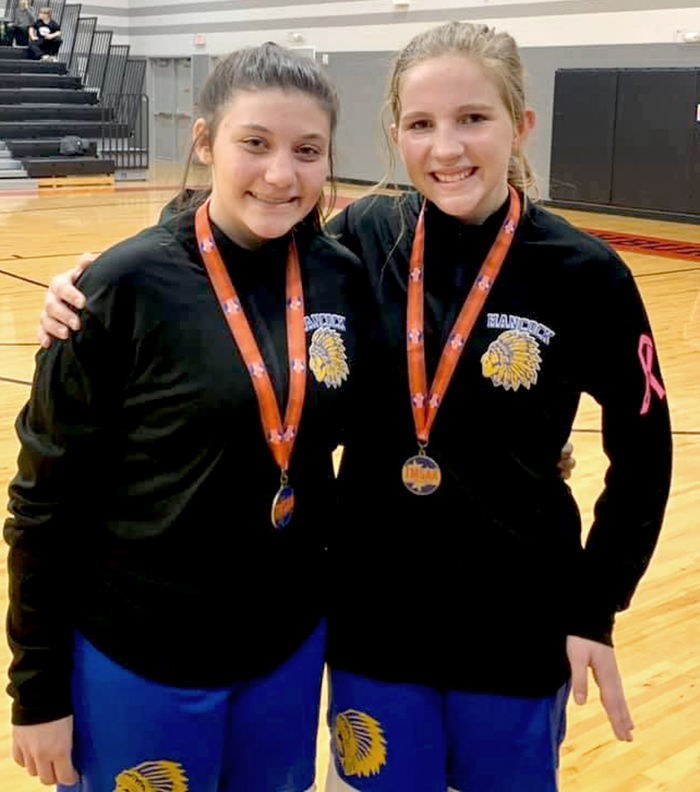 Hancock County Boys team that competed in the tournament. (Our apologies ... a photo of the Girls team was not available.)

WASHBURN — In first round action on Saturday, Jan. 25, 2020, at the District 2A, Area 6 District Tournament, at Washburn, the Hancock County Lady Indians faced the Midway Lady Devils.

The Lady Indians came away with the victory to advance to the second round.

Jade Combs dropped in 11 points and Cylee Seal added 8 more to secure a 25-9 victory over Midway.

In the Second Round on Monday, Jan. 27, the Hancock Lady Indians faced HY Livesay Lady Eagles.

Jade Combs had seven points while Cylee Seal added six more but the Lady Indians fell short, 27-15, placing them in the consolation bracket on Tuesday night.

Jade Combs dropped in six points with Caylee Seal adding another six, but the effort wasn’t enough for the Lady Indians, as they fell short 26-17.

On the Lady’s side of the bracket:

On the Boys’ side, the Hancock Co. Indians finished their regular season in district play in second place behind the HY Livesay Eagles giving them a first round by in the tournament.

On Monday, Jan. 27, the Indians saw their first game action, taking on the Powell Valley Indians, in a chance for the district tournament championship game. The Hancock Indians took home the victory, 37-23, with Brady Swiney scoring 11 and Chandler Parson adding nine more, securing them a shot at the district championship.

The Championship Game on Tuesday, Jan. 28, saw action between the Hancock Indians and the HY Livesay Eagles. The Indians were in a battle the entire game but the Eagles came out ahead with a 44-28 victory over the Indians.

In the boys bracket :