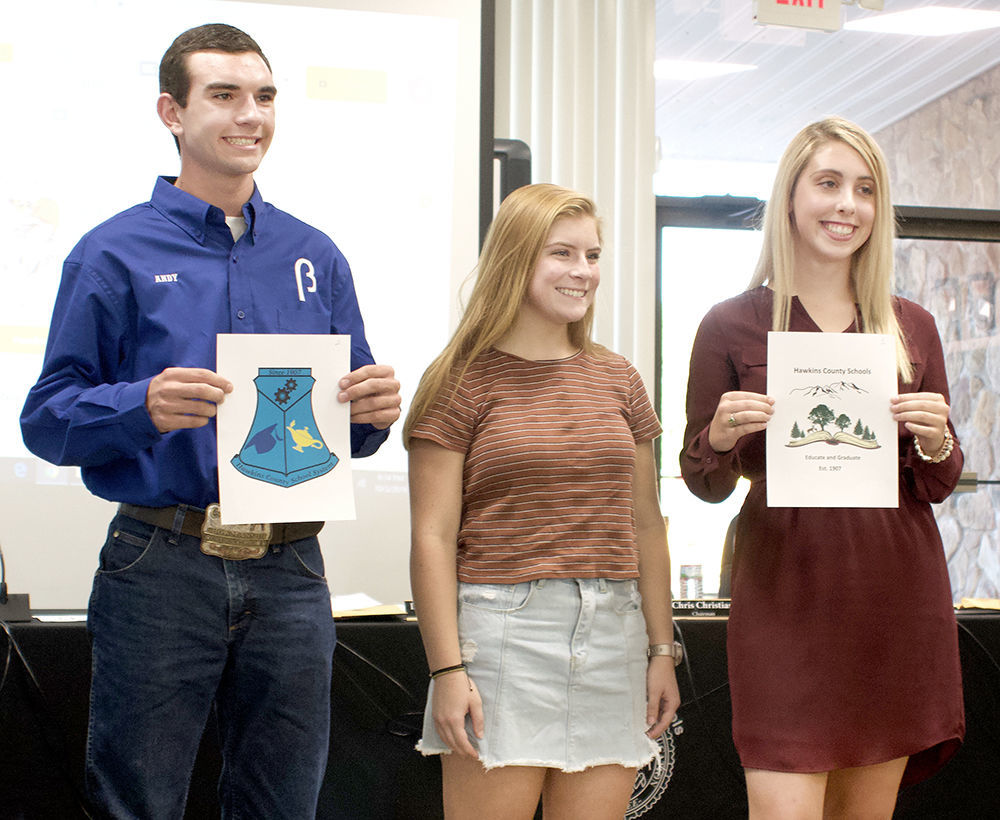 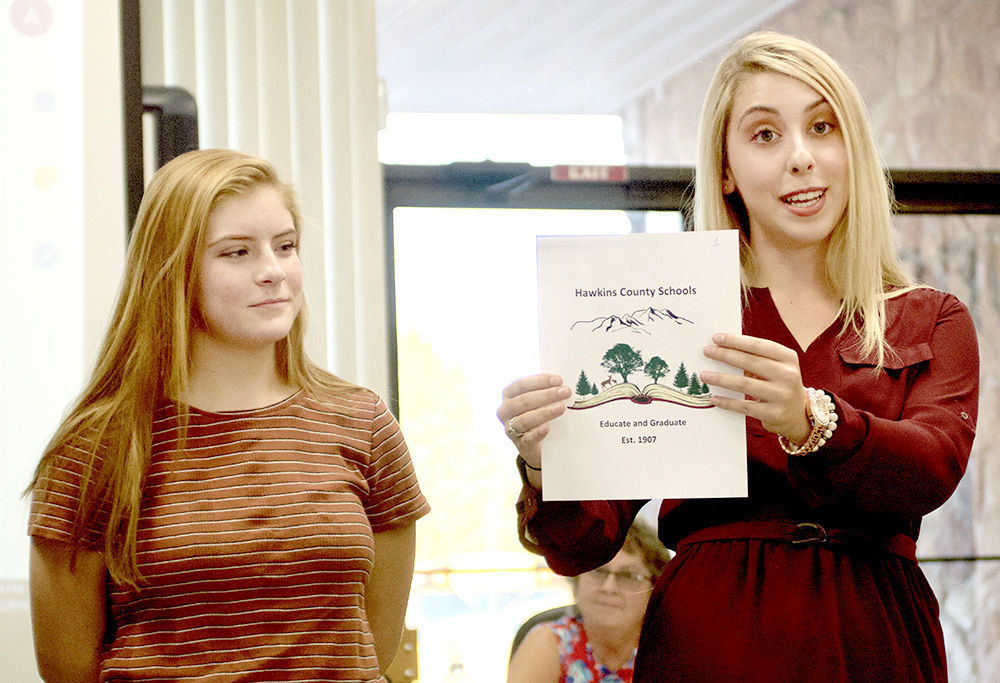 Abby Moffitt (left) and Ellie McLain (right) created a design that features deer and several trees popping out of a book with mountains in the background. 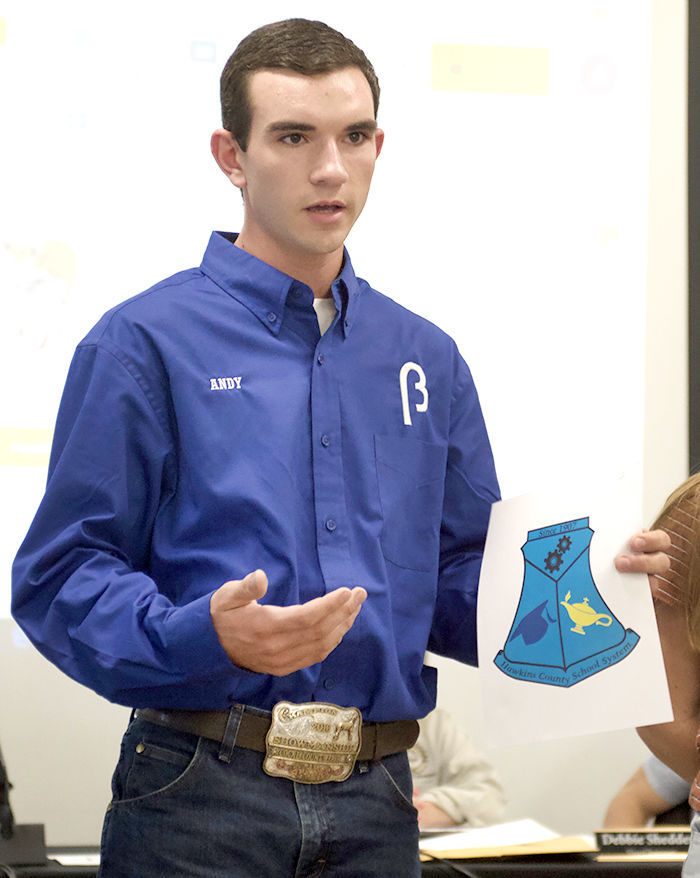 Andy Davis and Zach Evans (not pictured) created a design composed of a graduation cap, the lamp of knowledge and a set of gears.

Abby Moffitt (left) and Ellie McLain (right) created a design that features deer and several trees popping out of a book with mountains in the background.

Andy Davis and Zach Evans (not pictured) created a design composed of a graduation cap, the lamp of knowledge and a set of gears.

ROGERSVILLE — Hawkins Co. students recently designed a series of logos as part of a contest to create the new face of Hawkins Co. Schools. The BOE has been working to narrow down the designs and has chosen two finalists.

Though the board will vote on the ultimate winner at their November meeting, Director of Schools Matt Hixson recommended at the October meeting that both logos be put to use ... one as the logo for Hawkins Co. Schools and the other for the county’s CTE (Career Technical Education) program.

“There is no real second-place or loser in this contest — particularly between the two top, final designs because my recommendation to the board, should they accept it, would be to take one for the school system logo and one for a CTE design,” Hixson said.

The vote to determine the ultimate winner was originally scheduled for the October meeting, but it was delayed due to the absence of three board members.

“Before we vote on a final design, I would like to get that in front of all of the board and have them present because it is a pretty important contest,” Hixson said.

Creating their designsBoth of the logo finalists were created by pairs of Volunteer High School students.

Abby Moffitt and Ellie McLain created a design that features deer and several trees popping out of a book with mountains in the background. Andy Davis and Zach Evans, who was unable to attend the meeting, used an outline similar to a family crest for their design. Within the crest, there is a graduation cap, the lamp of knowledge symbol and a set of gears.

“This was the most stressful thing I’ve ever been through,” McLain told the board with a laugh. She explained that she and her partner, Moffitt, actually remade their design several time.

“We started out with these big, tall mountains,” McLain said. However, when her instructor pointed out that Tennessee mountains are not as tall and sharp as her design portrayed, she decided to draw them again.

“So here I am: not artistic and trying to draw Tennessee mountains,” she said. “Then, I looked around school and thought ‘we’ve got a lot of hunters and a lot of people who like farming,’ so, we’ll add some trees in there. That’s like Tennessee, right? Then, we put the year down here because we like to have our history. So, 1907: Educate and Graduate. That’s how we put it.”

After the students presented their work, Hixson congratulated them saying “I wanted to thank each of you in public for your efforts and your creativity.”