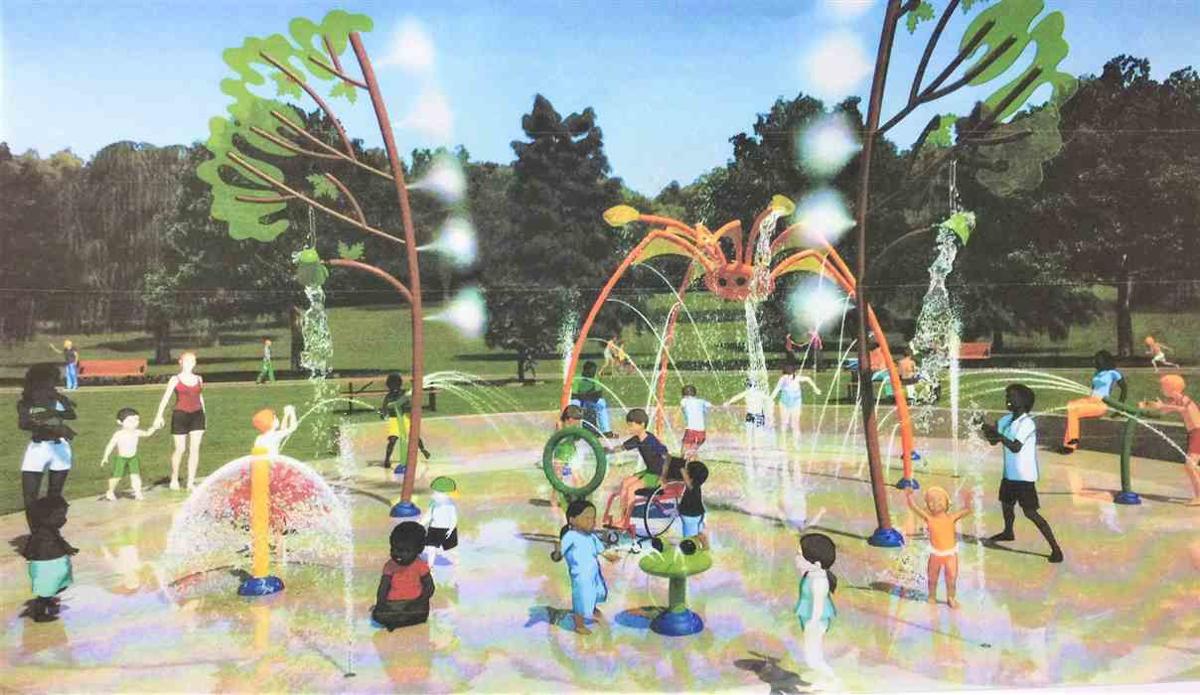 This stock photo gives an idea of what the completed splashpad will look like when installed. 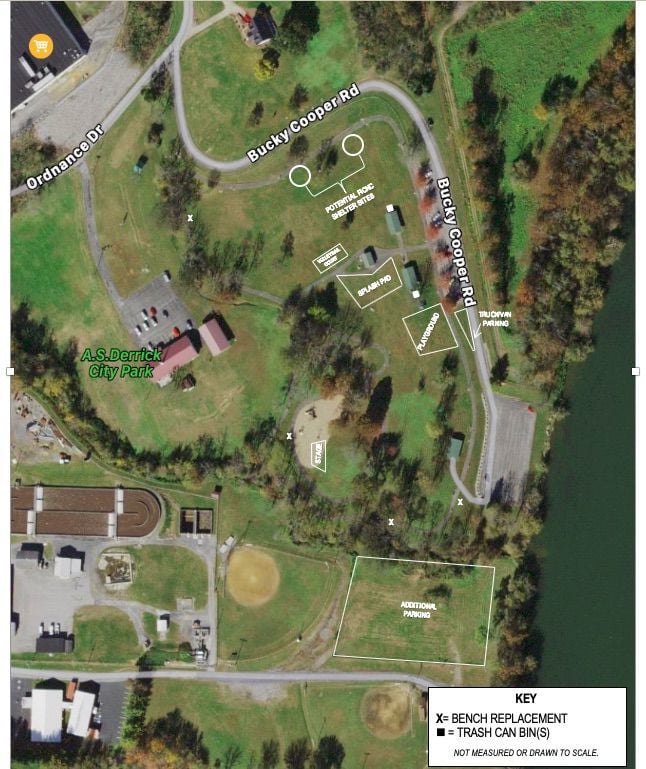 This map details the proposed improvements to Derrick Park so far. In addition to the splashpad, ADA-compliant equipment will be added. The parks committee has also looked into moving some of the existing equipment to different areas of the park.

This stock photo gives an idea of what the completed splashpad will look like when installed.

This map details the proposed improvements to Derrick Park so far. In addition to the splashpad, ADA-compliant equipment will be added. The parks committee has also looked into moving some of the existing equipment to different areas of the park.

Church Hill has big plans to improve the town’s parks, and citizens may be able to enjoy these improvements by early June.

The Church Hill BMA voted unanimously at their Feb. 18 meeting to accept the lone bid of $280,590 from Vortex Aquatic Systems to install a splashpad at A.S. Derrick Park, which is located at 710 Ordnance Drive in Church Hill just behind Food City.

In addition to the splashpad, the BMA is also in the process of having ADA (Americans with Disabilities Act) compliant playground equipment installed into the park, relocating some existing equipment, adding additional parking and potentially building a stage.

Alderman Keith Gibson told the board that the contract for the splashpad’s installation will specify a completion date of “the first weekend in June.”

Keith Gibson told the board that the original design for the splashpad included a wall, but the park redesign committee decided to remove this, as it saved $40,000.

“You can buy a lot of extra benches for $40,000,” Gibson said. “It’s a good savings, and it could help pay for some of the other renovations we’re talking about doing.”

“It is on a five-minute interval,” Gibson said. “There is a button, and, when you push that button, it comes on for five minutes. If it goes off, somebody has to go push it again. I’m sure that’s on a timer and could be changed as you desire.”

That way, the splash pad is only running when someone is using it. Gibson also added that it can be programmed to be completely shut off during the night and then re-activate in the morning.

“The reason we have to act so fast is to get us on the schedule to get it done,” he said. “We don’t want to wait until the end of the summer to get this thing done. After it is done, they will spend a week testing it to make sure everything works. But it should not be an issue on being done (in time).”

The city will not provide any supervision or lifeguard at the splashpad as they do at the city swimming pool, but City Recorder Josh Russell explained that “there is no requirement for supervision at a splashpad, whereas there is for a swimming pool.”

“I’ve spoken with our risk-assessment person from the (Tennessee Municipal League) pool, and they explained that our insurance covers any issues, but there is not a liability like there would be for a swimming pool,” he added.

Mayor Dennis Deal also noted that numerous surrounding towns such as Kingsport and Greeneville have splashpads and do not provide supervision.

The city will draft a set of safety rules to be posted alongside the splashpad. Alderman Tom Kern also told the board that the committee has also been in contact with the city police department about keeping Derrick Park on 24/7 surveillance to deter vandalism and keep the area safe.

“I’ve heard a lot of favorable comments about this splashpad from people,” Gibson added.