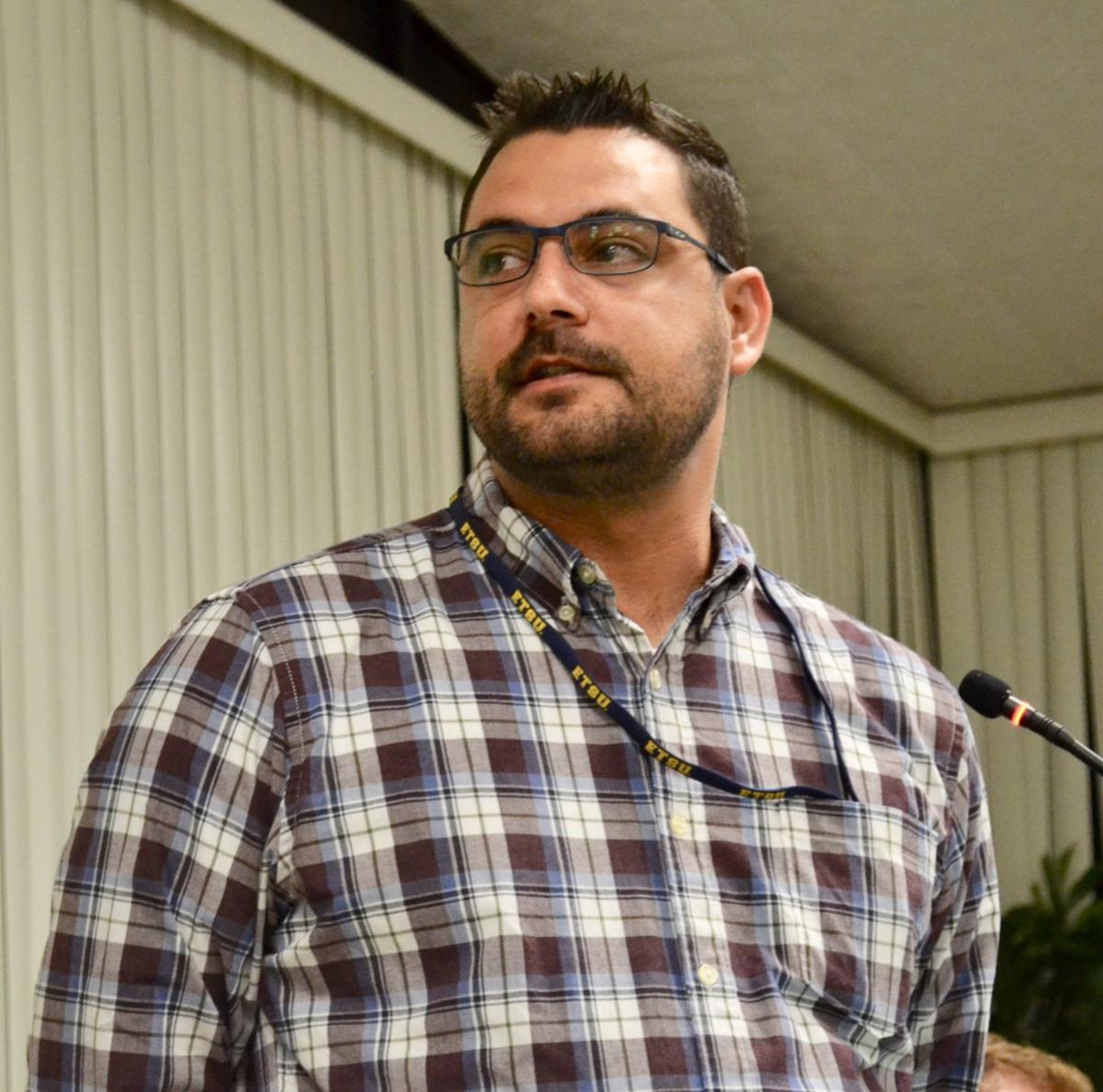 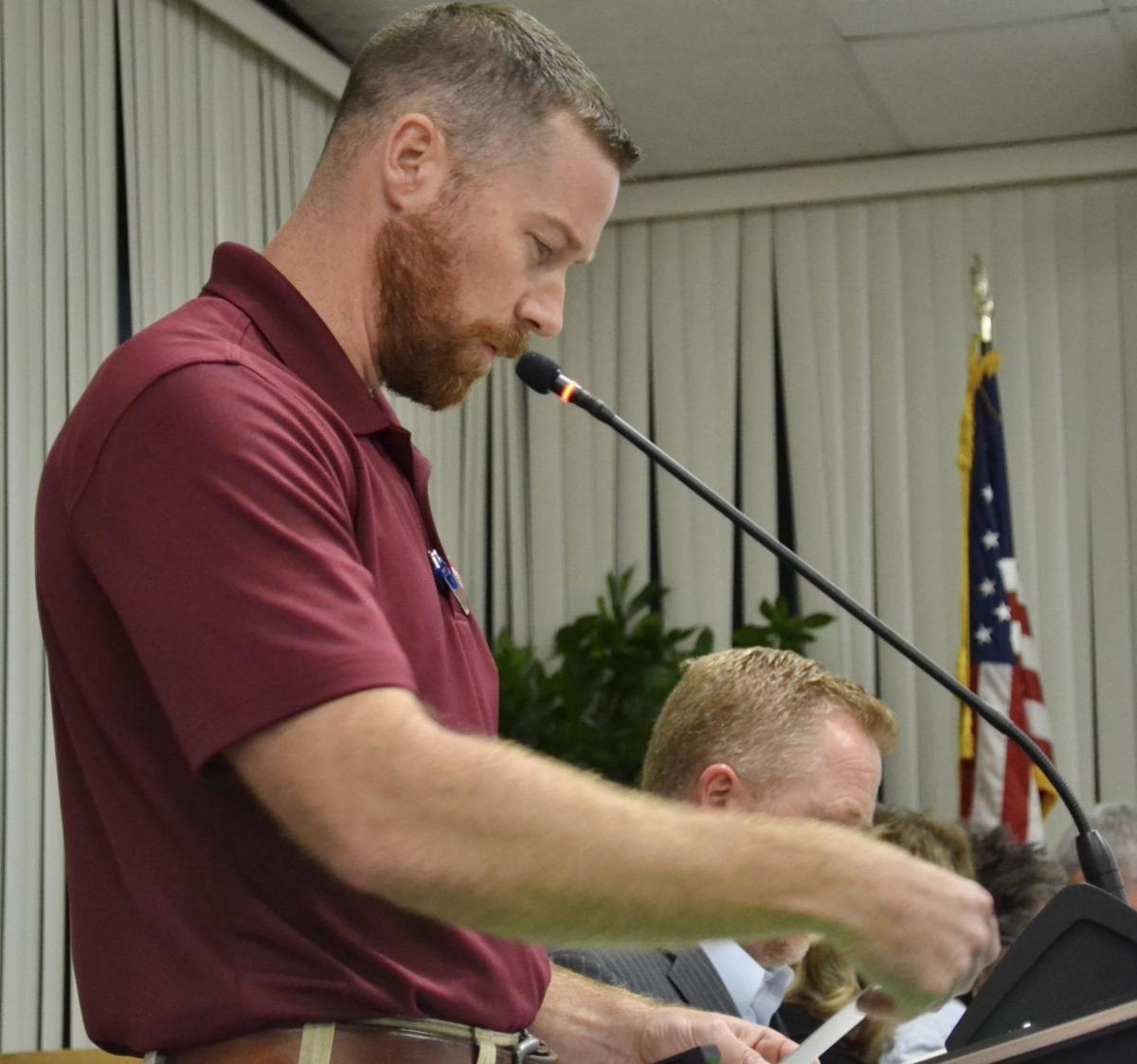 The matter of a malfunctioning well at Clinch School has been on the BOE agenda for the past several months.

Hawkins Co. Schools Energy Specialist Brandon Williams explained that he and the maintenance staff are asking the board “to approve a partnership with Mattern and Craig and let them design this project, bid the project and administer the construction of the project.”

After a lengthy discussion at the Dec. 5 meeting, the BOE voted to look into bringing public water to the school before agreeing to purchase a new filtration system or partner with Mattern and Craig.

Williams told the BOE that there have been problems with the Clinch well for quite a while, and most of them stem from an electricity issue and the control system that operates the well.

“It’s a programmable device, and it glitches pretty often,” he said. “Clinch is the only school that is served by Powell Valley Electric. In that area, we get a lot of spikes in what we call ‘dirty power,’ and it can cause this machine to go offline. Our students may show up, the machine is perfectly capable of running, but it has sat all weekend without running. Then, we have no fresh water for the students.”

No power means no water

Clinch is the only school in the entire county that uses a well rather than public water, and, in its current state, Clinch School has no water if the school has no power.

During the meeting, Director of Schools Matt Hixson noted that the school currently has to be shut down when the power is out.

“If we didn’t have power, we’d shut the school down anyway, though,” BOE member Bob Larkins added.

“If it were an emergency, we had a shelter in place and it was deemed safer to stay inside the building, we would feel better about doing that if we at least had water,” Hixson responded.

Jason Snapp of Mattern and Craig Engineers and Surveyors gave a presentation during the BOE meeting that laid out two possible ways to repair the malfunctioning well.

Both of the proposals Snapp laid out included redundant water filtration systems, which provides a backup filter that would kick in should the primary filter stop working. They also both include an emergency backup generator and “are pretty much a complete upgrade of the filtration system.”

The redundant system in addition to the backup generator would ensure that the school would still have water even if the school did not have power.

The option that Snapp called the “Cadillac” is a more robust system that he explained could last around 30 years, includes upgraded features and would cost roughly $250,000.

The option that Snapp called “the one that will get it done” will last around 12 years and cost roughly $125,000.

The only difference in the cost is the filtration system itself, as Snapp explained the cost is nearly the same to install either system. He also noted that the maintenance of either new system would cost around the same as maintaining the current system when it was functioning properly.

Larkins noted that the BOE met with the Appalachian Regional Commission and the Sneedville Water District around two years ago to look into bringing public water from Sneedville to Clinch School and the surrounding areas.

It turns out that Clinch School is roughly six miles away from the Sneedville Water District, and, according to Larkin, the District was interested in providing water to the school. However, it would cost roughly $6 million to run the water line to the school.

BOE Chairman Chris Christian brought up the $900,000 Cherokee High School septic system that was installed a few years ago. He noted that, had the school system been successful in partnering with Rogersville city sewer service and extending that service to the school, the school system might have saved money.

Plus, he noted that this could have benefitted the community surrounding CHS as well.

“Any time that we’re going to throw a lot of money at something, if we can get a long-term and permanent fix, we’re better off,” Christian said. “I just wonder if it would be possible to ask these agencies, ‘if the school system were to partner up, would it be considerable to run a water line to us?’ What would be the harm in asking?”

Larkins then suggested that Hixson approach the County Commission to ask if they would partner with the school system to pay for the water line.

“If we invested half a million, and they invested half a million, that would be a good down payment,” he added. “Then, we could even get a loan over 20 years. That school’s going to be there probably forever. Rather than a fix for eight or 10 years just to do it again, I’d like to see it fixed. Bring clean public water to the school system and the community, and let’s get off the well.”

In the end, the BOE unanimously voted in favor of Hixson exploring the idea of public water access. The matter will be brought up again at the BOE’s January meeting.