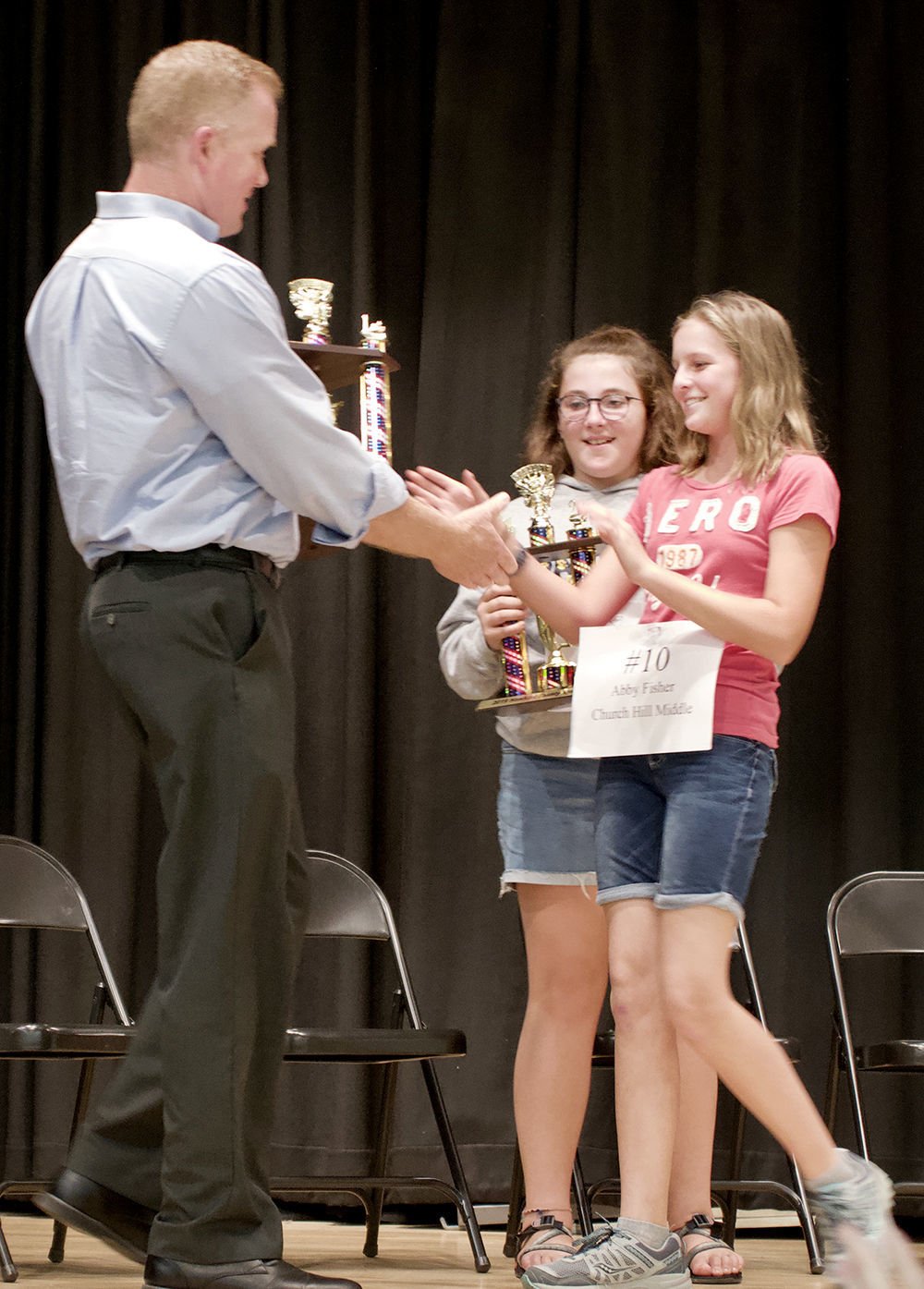 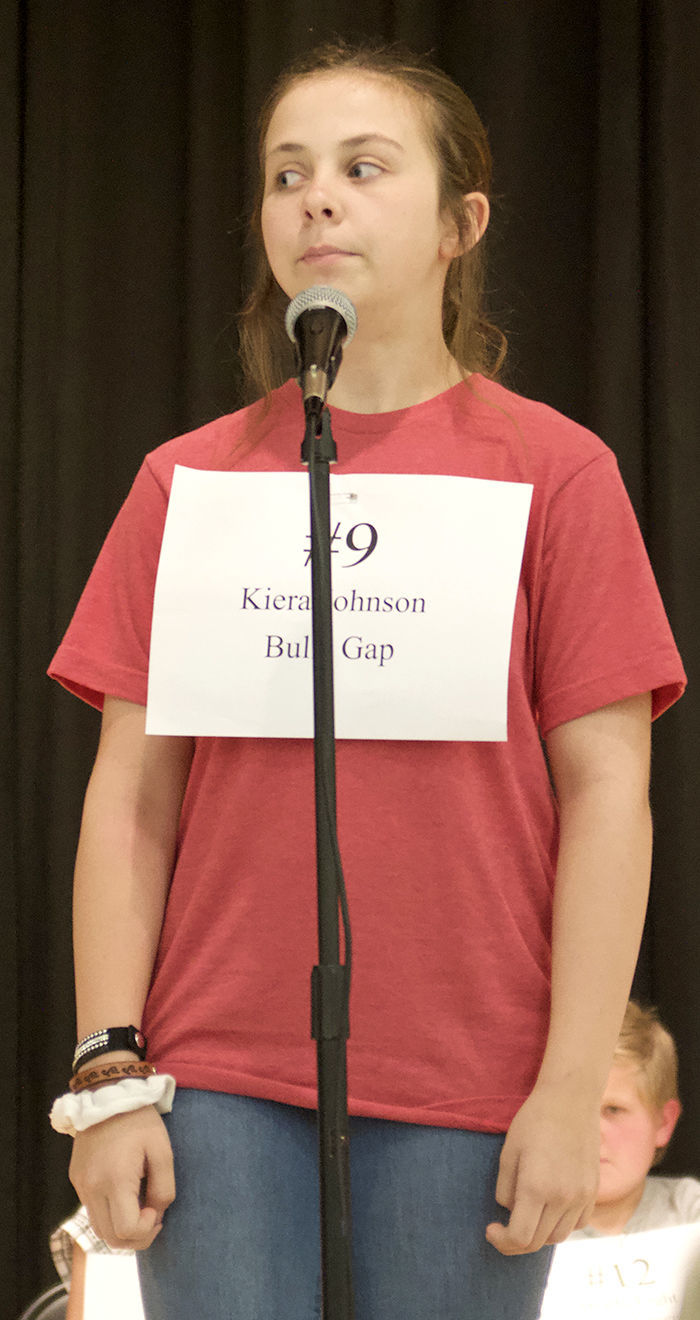 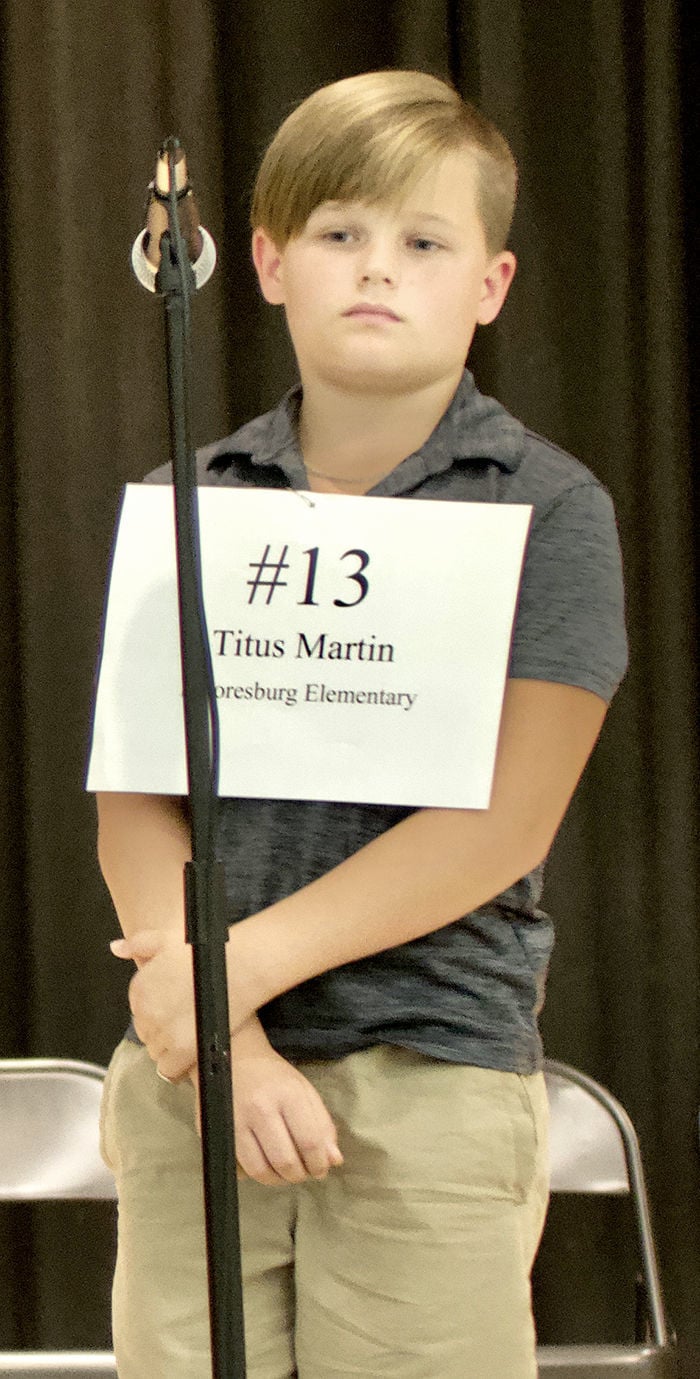 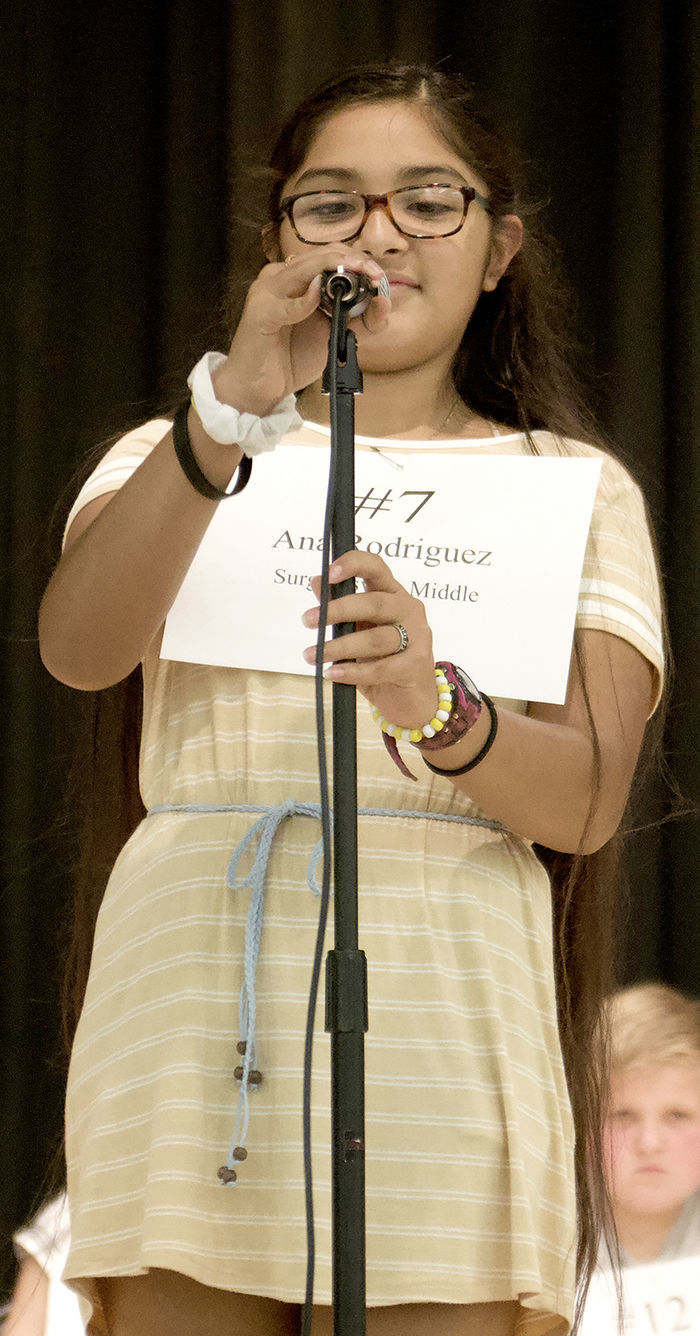 Director of Schools Matt Hixson presented both Fisher and Brown with trophies at the end of the bee. As Hawkins County’s winner, Fisher will represent the county in the District Spelling Bee, which will be held in Knoxville in March of 2020.

A total of 15 students competed in this year’s spelling bee after winning their school bee, with the following students receiving a medal for their school-wide win:

A technicality eliminated the first speller, Light, who began to spell ‘frog’ with F-O before correcting himself to spell the word F-R-O-G. Though he correctly spelled the word, the rules stated at the beginning of the bee specified that participants cannot correct their spelling of a word if they began incorrectly.

Perry was eliminated on the second round with ‘paste,’ but no other spellers were eliminated until round five when Crawford misunderstood her word and correctly spelled ‘ribbet’ instead of spelling ‘ribbon.’ Armstrong also struck out in round five with ‘joyful.’

The words became increasingly difficult with each round, with Clark misspelling the tricky word ‘ivory’ and Cinnamon misspelling ‘elderly’ in round six. ‘Hoax’ eliminated Bradley in round seven as did ‘jewel’ to Lee. Round eight saw Blair eliminated by ‘alligator,’ and round nine tripped up Gregg with ‘apology.’

Only five students were left at the beginning of the tenth round, with the students correctly spelling some tricky words: Johnson correctly spelled ‘orchard,’ Brown spelled ‘pioneer,’ Fisher got ‘elephant,’ and Martin nailed ‘telescope.’ Rodriguez came in fifth place after missing ‘disappointed.’

The competition began to heat up in the 11th round when no one was eliminated; however, Johnson and Martin tied for fourth place when both were eliminated in the 12th round by the difficult words ‘eligible’ and ‘measles.’

When Brown misspelled ‘coyote’ in the 13th round, Fisher went on to spell that word correctly as well as ‘rehabilitation’ to claim the winning title.