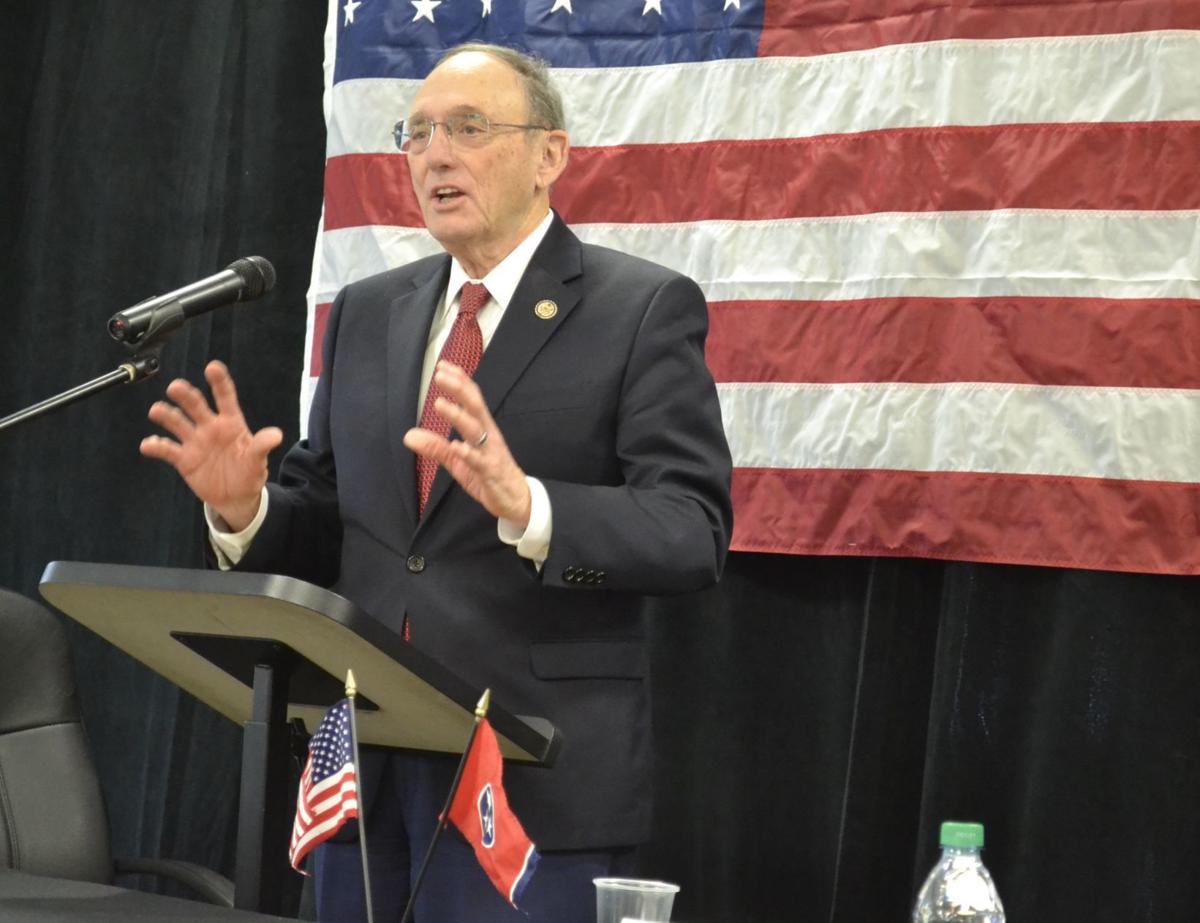 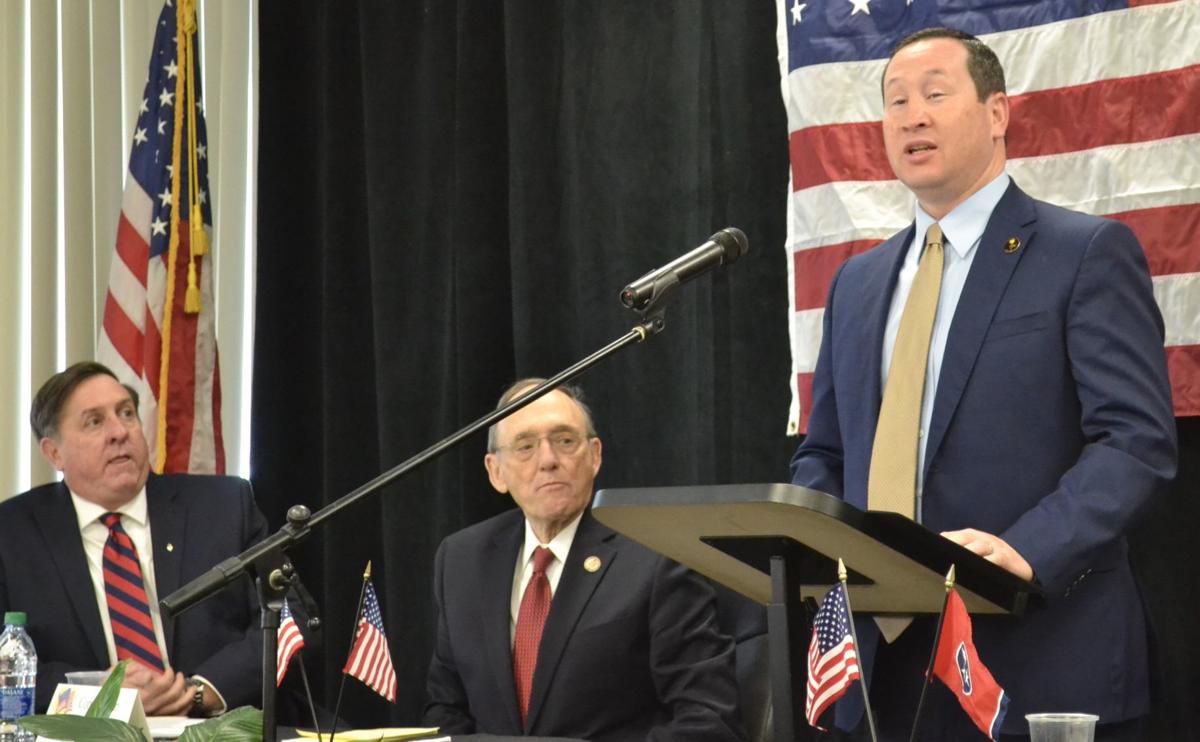 “One of the things we want to try to do this year as we get out and about is talk about the positive things that are going on down in Nashville,” Gary Hicks said. Chamber of Commerce President Patrick Lund (left) and U.S. Rep. Phil Roe (right) look on. 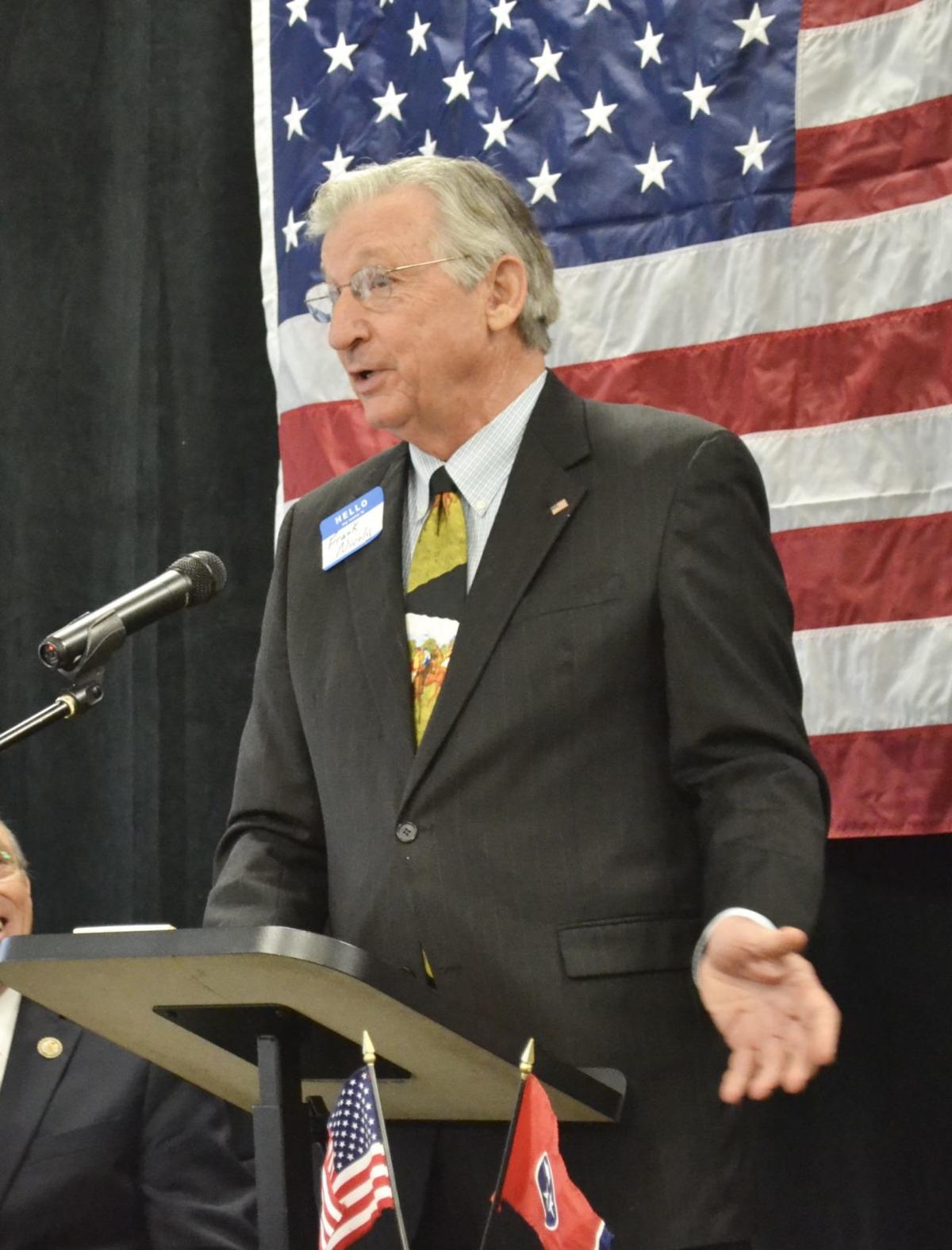 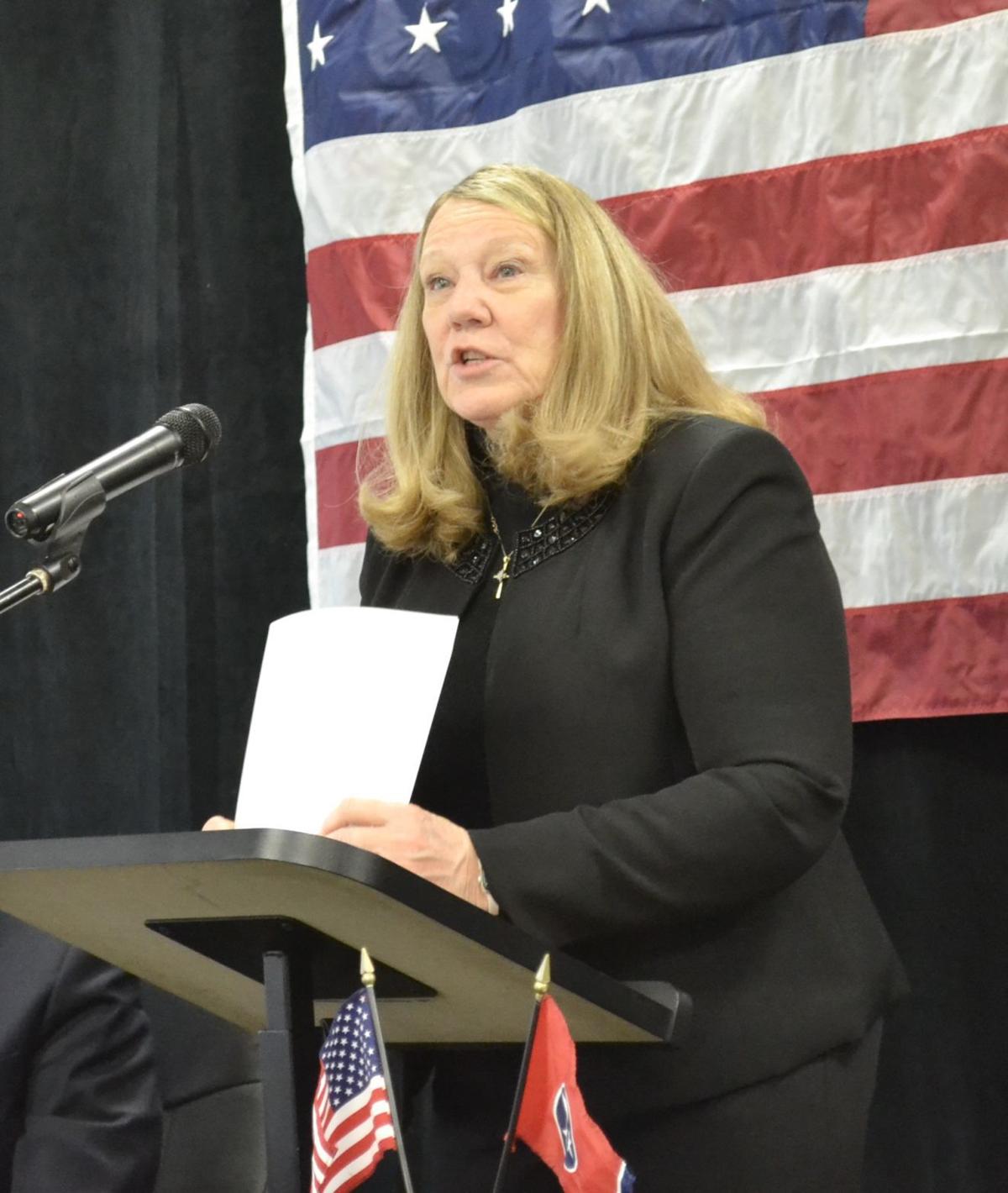 “One of the things we want to try to do this year as we get out and about is talk about the positive things that are going on down in Nashville,” Gary Hicks said. Chamber of Commerce President Patrick Lund (left) and U.S. Rep. Phil Roe (right) look on.

Though Roe has faithfully attended the Legislative Breakfasts since 2008, this may be the last one, as he announced on Jan. 3 of this year that he will retire at the end of the 116th Congress.

“I certainly appreciate his support through all these years,” said Chamber of Commerce Director Nancy Barker. “He not only attends the breakfasts, but he comes to our parades and he even helped us send off the CHS basketball team when they went to state. Anything we need him to do, we just give him a call. He has served with honor and dignity. He is a servant leader and he has a servant heart.”

“You all have some big shoes to fill,” Barker said to the hopefuls.

“I appreciate the privilege of serving you”Roe began by thanking his supporters and noting that “it has been an honor to serve you all.”

He also discussed the latest happenings in Washington such as President Donald Trump’s impeachment trial and House Speaker Nancy Pelosi tearing a copy of Trump’s State of the Union Speech.

“It’s great stuff,” Roe said with a laugh. “It’s been a real pleasure to watch this fiasco go on.”

He went on to address the economy and his take on several other changes that have taken place under the Trump administration.

“Our economy now is the best it’s ever been in my life,” he said. “I have never seen the economy to where, if you want a job, you can get a job. This is the first time in my life the unemployment rate has been where it is. We have the lowest unemployment for African Americans, Hispanics, for women and for veterans.”

He went on to add that Tennessee is the only state in the county with free community college and technical school.

When Trump was elected, “he took a hand grenade to Washington,” as Roe put it.

He joked that, if Trump would simply fly over Tennessee and wave, he could already win over the state.

“The only thing they (Tennesseans) tell me is that they wish you (Trump) wouldn’t tweet so much,” Roe said.

He mirrored sentiments of Frank Niceley, saying that, when Republicans cut taxes at the federal level, revenue went up.

“When seventy percent of our economy is driven by personal consumption, if you have more people working, they consume,” he said. “That creates more jobs. That’s exactly what has happened in our economy.”

He also noted that the country is now the largest energy producer in the world, and he is glad to see that.

He joked that this low price is good thing for Tennesseans, where the “mode of mass transportation is the Ford F-150.”

In regard to business regulations, Roe said that the Trump administration has “taken the boot off” of businesses.

To finish out his term, Roe explained that he plans to focus on eliminating surprise medical bills and the mental health crisis—something close to home for Roe, who is a physician.

“When I graduated medical school in 1972, there were 500,000 inpatient psychiatric beds in the United States,” he said. “There were three state mental hospitals. You know where our mental hospitals are not? In the jails. It’s barbaric what we’re doing.”

The second leading cause of death for people between the ages of 10 and 35 is suicide, Roe said.

“I had a roundtable discussion when the school shootings occurred in Florida,” he said. “I thought we would talk about how to harden the schools and have more resources officers. It wasn’t ten minutes into the discussion that we were talking about the problems with families and their children.”

To close his speech, Roe explained that he looked forward to spending time with his family and in the “third tee box behind his house” during retirement.

“I want to finish by saying how much I appreciate the privilege of serving you for what will be 12 years,” he said in conclusion.

“Changing the narrative” “One of the things we want to try to do this year as we get out and about is talk about the positive things that are going on down in Nashville,” Hicks said as he began.

He explained that, as of Thursday, Feb. 6, there had already been 1,500 bills introduced in this session of the state house. Each of these will be assigned to committees and are scheduled to be considered this session. He predicted this session would end around the week after Easter.

“It’s amazing how we’ve really changed the narrative,” Hicks said. “Once upon a time, we were a state where really no one was looking at us and the things that we were doing financially or educationally. Now, folks are paying attention to what we’re doing and the conservative nature we serve.”

He explained that, for 2019, Tennessee was named the number one best fiscally managed state in the county for the first time. The state also has a AAA bond rating, the lowest debt per capita and has been named as the best business climate in the county.

“We’re number one in the U.S. for advanced industry job growth and the best state for small business growth,” he added.

He went on to say that the state garnered 108 project commitments that created 16,500 jobs and $3.6 billion in capital investment in Tennessee.

“There’s still more work to do, but if you look at those (aforementioned) numbers, I am proud that more than half of those projects that have been announced happened right here in rural counties,” he said. “The governor (Bill Lee) has certainly put legs under his words when he began talking about that.”

He went on to add that numerous large businesses such as Mitsubishi and Amazon made expansions into Tennessee this past year.

He also explained that the 2021 budget is $40.8 billion, and this is the 11th consecutive year of revenue growth that the state has seen.

“We are truly the envy of many other states,” he said.

“We’ve had surplus after surplus”Nicely began by noting that, “We’re going to miss Congressman Roe.”

He also told the crowd about the governor’s fiberoptic initiative as well as large tax cuts.

“Once you get fiber optics, you need nothing else,” he said.

He added that Governor Bill Lee put around $25 million into broadband services and $7 million into agriculture enhancements, bringing it to $28 million a year.

“I didn’t vote to raise taxes on cigarettes,” he said. “All of my poor friends smoke. But, looking back, it has been a good thing. When you invest money in farms, it stays here. Nobody realizes that agriculture is still the number one industry in the state.”

He went on to explain that, when he and other republicans began discussing large-scale tax cuts in 2012, they were “taking a big chance.”

“We were told, ‘if you abolish the inheritance tax and gift tax, in two or three years, you will have more money than you know what to do with,’” he said. “And it worked.”

He noted that Hall’s income tax was abolished and the professional tax is “just about been abolished.” Additionally, he noted that the tax on food has been cut by 40 percent.

“We’ve had surplus after surplus,” he said. “All the way back through history, you see that if you cut your taxes and stimulate the economy, you end up with more money.”