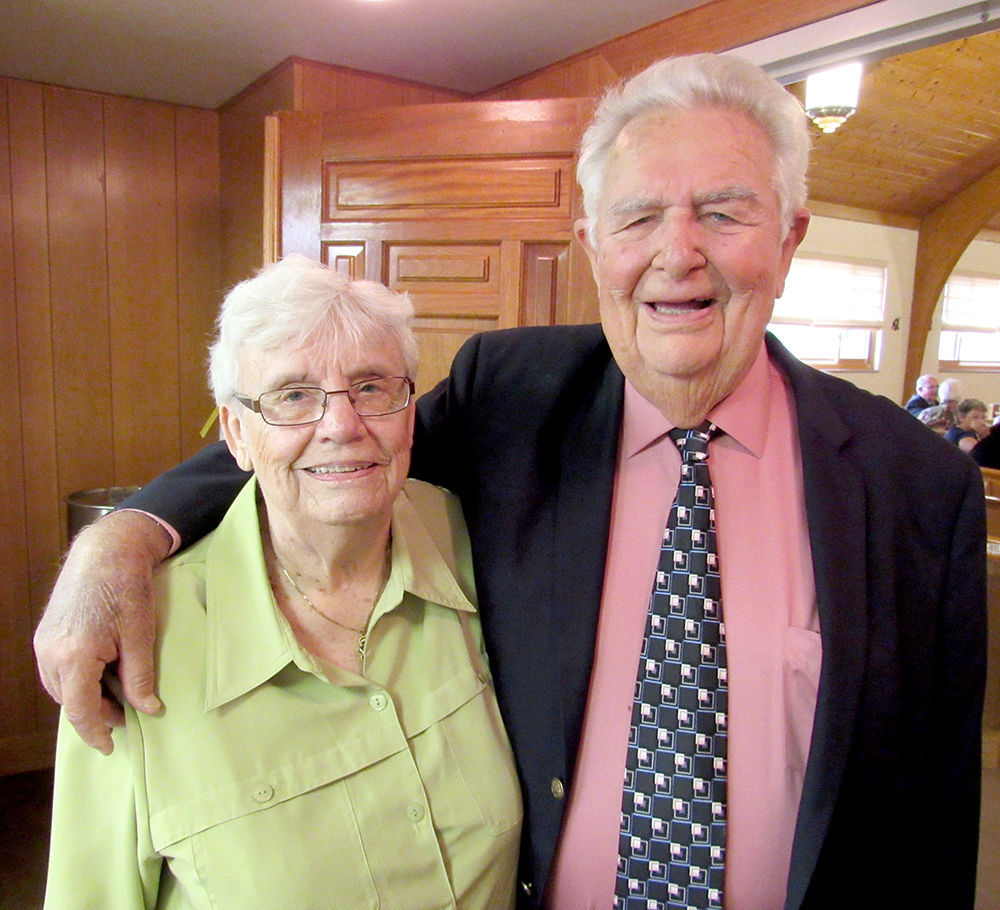 Rita and Maurice DeWitte, of Rogersville, have been married for 61 years and were the longest-wed couple to reaffirm their marriage vows on Saturday morning at St. Henry Catholic Church during a mass celebrated by Bishop Richard F. Stika. 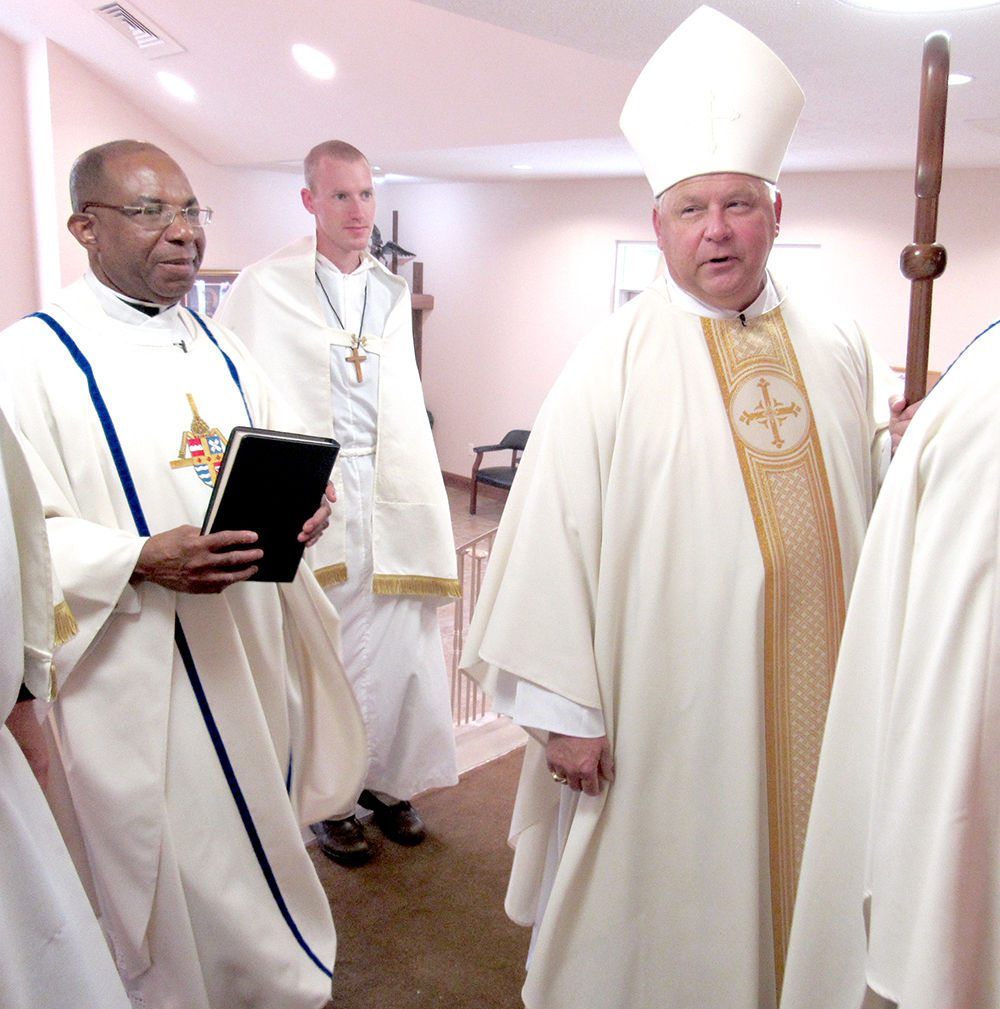 Rita and Maurice DeWitte, of Rogersville, have been married for 61 years and were the longest-wed couple to reaffirm their marriage vows on Saturday morning at St. Henry Catholic Church during a mass celebrated by Bishop Richard F. Stika.

ROGERSVILLE — Some 15 couples from across the Diocese of Knoxville gathered at St. Henry Catholic Church here on Saturday morning, Aug. 12, to reaffirm their marriage vows during a mas celebrated the Most Reverend Richard F. Stika, Bishop of Knoxville.

The couple married the longest – 61 years – among those taking part in the service was Maurice (Mory) and Rita DeWitte, of Rogersville.

The couple said they met in their native Indiana after Mr. DeWitte returned from service in the Korean War as a U.S. Army engineer. They were married in South Bend, the home of the University of Notre Dame.

The DeWitte family moved to Rogersville in 1971 when Mr. DeWitte was sent here to open the Reliance Electric Dodge Division plant on Highway 11W west of town, the couple said. They raised sons Mark and Larry and remained in Rogersville after Mr. DeWitte’s retirement 27 years ago.

Their son, Mark, is now a Rogersville alderman and a member of the Rogersville Water Commission.

Rita DeWitte noted that the couple could have been married even longer that 61 years, but were older for their day, at 25 and 26, when they married.

She explained that she and Mr. DeWitte met while she was a dancing instructor and he was taking ballroom dancing lessons.

“They said the magic words ‘you cannot date the instructors’,” Maurice DeWitte noted.

“He couldn’t learn the polka,” Rita remembered. “I’m Polish and I love it (the polka).”

Asked before the ceremony what the secret to staying married is, Mr. DeWitte said, “I guess it’s a simple as I loved her then, I love her now and I’ll love her forever.”

During the subsequent mass celebrated by Bishop Stika, the opening prayer said, “Oh God, Creator of all things. In the beginning made man and woman that they might form the marriage bond, bless and strengthen the union of thy servants, that they may show forth an ever more perfect image of the union of Christ and his church. Through our Lord Jesus Christ, your son, who lives and reigns with you in the unity of the Holy Spirit, one God, for ever and ever.”

Another Rogersville couple, Drs. Bernardino and Josefina Marcelo, who have been married for 53 years, also renewed their wedding vows during the mass.

Later in the mass, the couples were invited to reaffirm their wedding vows.

The Bishop then invited the couples renewing their wedding vows to pray the following prayer. “Heavenly Father, we thank you for all your blessings to us. We thank you for all things that have enriched our lives, for all people who have blessed us with their love and friendship. We thank you for our marriage, for our homes and families and friends. Give us, O Lord, this further blessing, that as we have freely received, so we may freely give. Confirm and strengthen our marriages that our homes may be to us, and to our friends and strangers, a place of joy and gladness. We ask this in the name of Jesus Christ our Lord. Amen.”

After the mass ended, the couples joined Bishop Stika for a luncheon provided by The Diocesan Office of Marriage Preparation and Enrichment. The luncheon, which was catered by Sagebrush Steakhouse of Rogersville and featured a wedding cake, which the DeWittes, as the longest married couple, was invited to cut.

Each couple also received a commemorative certificate and had a photo taken with Bishop Stika “to thank you for your witness to the world of the joys found in a sacramental marriage.”