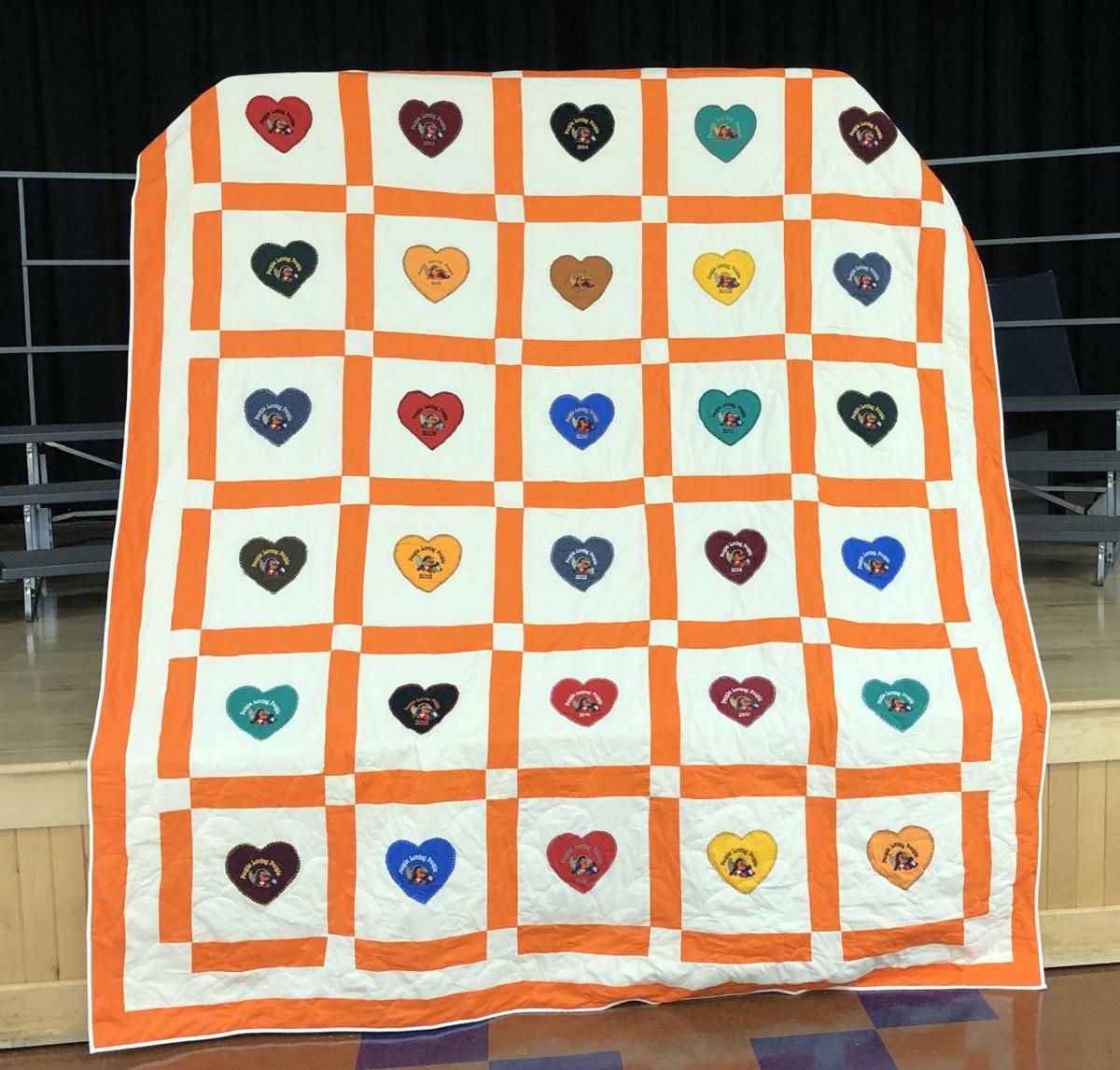 PLP volunteer Edith Robbins surprised Dr. Blaine Jones with a quilt that she made from PLP Thanksgiving event shirts through the years. The quilt was on display at the 2019 PLP Thanksgiving meal. 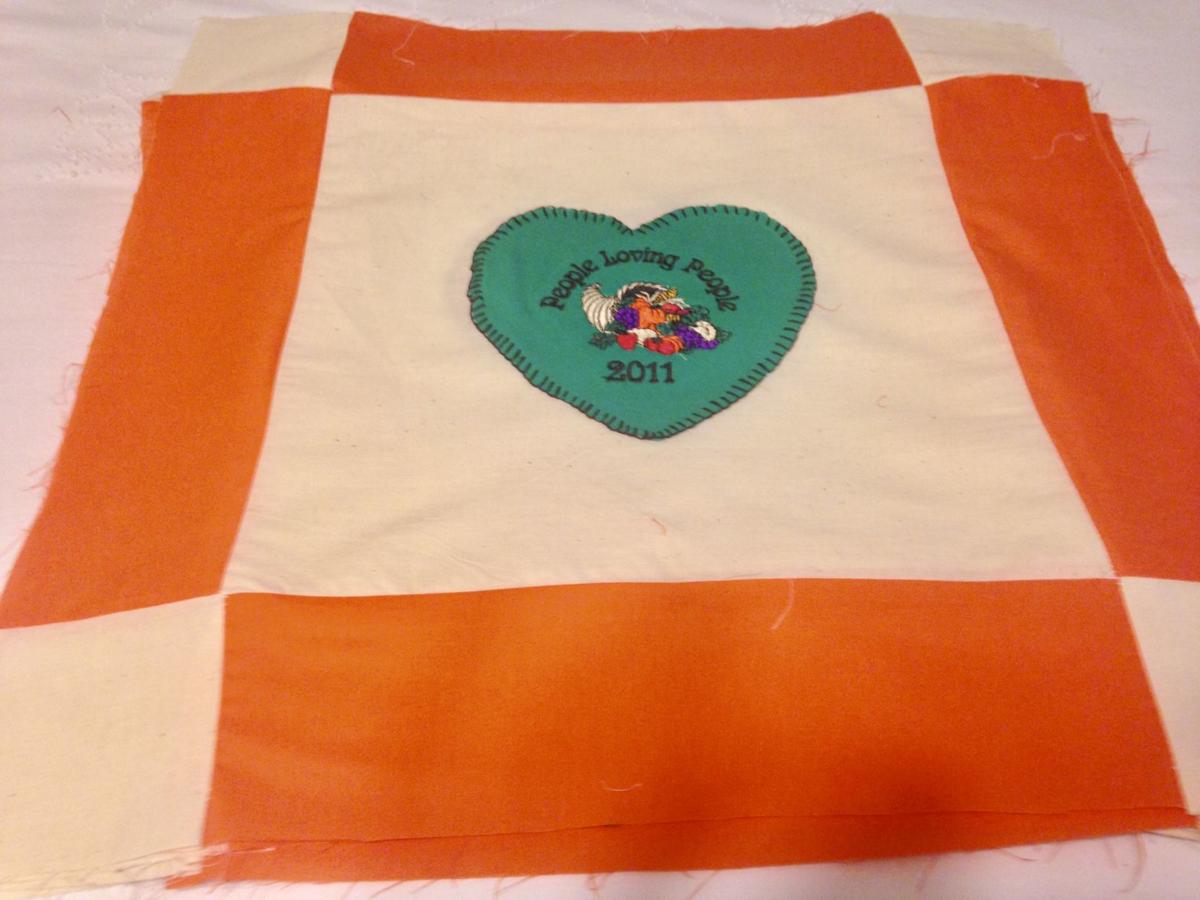 Each square of the quilt Edith Robbins made contains the emblem from a PLP Thanksgiving event t-shirt.

PLP volunteer Edith Robbins surprised Dr. Blaine Jones with a quilt that she made from PLP Thanksgiving event shirts through the years. The quilt was on display at the 2019 PLP Thanksgiving meal.

Each square of the quilt Edith Robbins made contains the emblem from a PLP Thanksgiving event t-shirt.

Edith Robbins began working with Rogersville’s People Loving People in 2005 when the organization was just in its infancy.

“I had most of the t-shirts that the volunteers wore (at the PLP free Thanksgiving dinner) through the years, and they were just stacking up in my drawers,” she said. “So, I decided to do something with them.”

Jones is the co-founder of PLP, which serves a free Thanksgiving meal to thousands of East Tennesseans each year. To be exact, PLP served more than 3,900 meals at their 2019 Thanksgiving meal.

“Since Blaine gives to everybody, I wanted to do something for him,” she said.

“I cut the emblem out of each shirt, appliqued them onto quilt squares and then put the quilt together,” she said. “I didn’t have quite enough emblems for the entire quilt, so Mark DeWitte (another co-founder of PLP) helped me. He took my scrap t-shirts that I had left and printed me some more emblems.”

So, there are a total of 30 emblems on the enormous, king-sized quilt, and the entire quilt took Robbins two weeks to craft.

“I actually worked on it a lot when I had to take my grandson to ball practice,” she explained with a laugh. “While he was practicing, I would work on the quilt.”

When the quilt top was finished, Robbins took it to a friend to be machine quilted.

“I was pleased with the way that it turned out,” she said.

Believe it or not, Robbins explained that quilting is not something she does often.

“It’s not something I do all the time,” she said. “It’s just when I decide to make one.”

Robbins actually decided to surprise Jones with her gift.

“I just took it over to his house and said, ‘since you have done things for everybody else, I wanted to do something for you,’” she said. “I shocked him with it. I had it folded inside out, so when I helped him opened it up to see the top, he said, ‘the shirts!’”

Jones, too, admitted that he was quite surprised by the gift.

He explained that seeing the quilt also brought back many sweet memories.

“The other thoughts that rushed through my head were memories of my sister Karen,” he said. “She and Ms. Robbins were part of the ‘dressing or stuffing crew’ that made over 700 pounds of dressing each year. My sister passed away a few years ago, yet Ms. Robbins and many of the original crew continue their 1:00 a.m. sojourn to make dressing for those in need. Lots of precious memories there.”