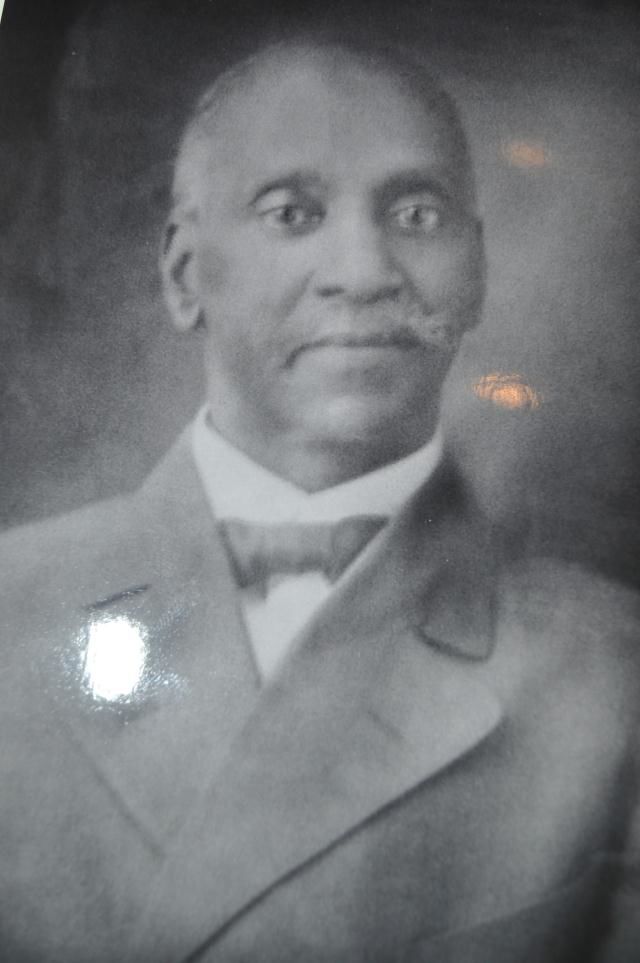 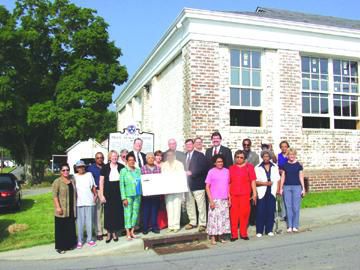 This photo is from a 2002 article in the Review titled “$84,000 grant to fund Price Public School restoration project — Building will become new community center.”

This photo is from a 2002 article in the Review titled “$84,000 grant to fund Price Public School restoration project — Building will become new community center.”

In honor of Black History month, which takes place during the month of February, the Review spoke with two employees at Rogersville’s Price Public Community Center: Casandra Palmer and Stella Pyles.

As Palmer explained, Rogersville is home to a wealth of information in the form of the Price Public Community center and St. Marks’s Church, which is being restored.

However, both Palmer and Pyles explained that preserving and honoring black history involves more than just setting one month aside or restoring a historic building.

When the Civil War was over, several Presbyterian Churches began organizing schools for Freedmen, and the doors of Maryville College in Maryville, Tennessee were opened to these individuals.

“William Henderson Franklin, one of the first African-American graduates of Maryville College, was born in 1852 in Knoxville to slave parents,” reads an informational pamphlet from Price Public. “After graduation, he entered Lane Theological Seminary in Cincinnati, Ohio and graduated in 1883. Subsequent to his graduation, Franklin was ordained, commissioned and sent to Rogersville to preach and organize a school. The same year he arrived in Rogersville, Franklin established Swift Memorial Institute and served as its principal and later as the president.”

During the first ten years, classes were conducted inside the local church or in an open-framed house. After ten years, the academy’s first official structure was built and named in honor of the Reverend Elijah E. Swift, President of the Board of Missions for Freedmen and pastor of the First Presbyterian Church of Pennsylvania.

Unfortunately, in 1901, the state enacted a statute that closed Maryville College’s doors to African Americans. However, the school’s board of trustees voted to convey $25,000 of its endowment to Swift Memorial Institute.

How well does Hawkins Co. remember and preserve Black History?

“Since I’ve been here, I’ll say that Hawkins County is improving but not very fast,” Palmer said. “I can’t really put any blame on anyone because the blacks have to do their part, too. It can’t be just one group’s job. We need to work together. We do have this building (Price Public), and we try to do some kind of community program each February for Black History Month.”

However, she noted that the turnout for their events is not always as high as she would prefer.

“We also plan on getting a little better with it,” Palmer said. “When Mrs. Stella Gudger was here, she would have maybe two or three things going on.”

In regard to the specific improvements she has seen, Palmer said, “Just the fact that people are recognizing it (black history month) now. Just this month, I heard three stories of what I call ‘black history heroes’ that were broadcast on WRGS.”

“I am also really proud of how the whole community has come together to restore St. Mark’s Church,” Pyles added.

What improvements would you like to see in the future?

“I’d like to see more involvement from both sides—blacks and whites,” Palmer said. “I don’t really see a whole lot of involvement from the blacks, even though there’s not a whole lot of us here. I do know that a lot of them are getting older now, but it seems like the young ones haven’t been motivated to step in and take over. This building (Price Public), for example, is a legacy—it was built specifically for the black kids here to go to grade school. This room (the office of Price Public) is the office for the American Legion Auxiliary Unit 231, which is a widow unit, and everyone here is African American.”

She proudly noted that Price Public sponsors a Veteran’s Dinner on Veterans Day during which people from Price Public provide all homemade food. Annie Horton, who recently passed away at the age of 105 and Mollie Pope, who is 102 years old, began this tradition.

“We really need people to keep it going,” Palmer said. “Before I came to Rogersville, I really didn’t have a way to thank Veterans one-on-one, but participating with that dinner gives me a way to say thank you.”

How do you feel about the way the nation celebrates Black History Month?

“I do watch TV, and I have noticed that, as the Bible says, ‘those who were last will be first,’” Palmer said. “There is a lot of color on TV now. A lot more than there used to be. It just shows that we have brains, we contribute we participate and we’re not just here to see what we can get. We like being a part of things, being respected and being recognized. We’re responsible, and we’re accountable. That’s what makes the nation work—being accountable for yourself. We are our brother’s keeper.

Talking about the past

“It seems like the Jewish people keep their stories going, but we don’t keep ours,” Palmer said. “We don’t want to talk about it. Nobody wants to talk about things that happened in the past, but, for a lot of people, it’s still in them. It’s gotten them stuck. You’ve got to get past that, because, on the cross, Jesus said, ‘Forgive them, for they know not what they do.’ It’s hard to forgive, but we’ve got to get past that and just give it to God.”

What should readers think about during Black History month?

“We call it ‘Black History,’ but this is all of our history,” Palmer said. “Regardless of how some Caucasians feel about Blacks, I can’t do without you and you can’t do without me. We may not know each other, but, one day, our paths are going to cross. That’s how God made it. So, to try to separate and say ‘you stay over there’ As the Bible says, we are all part of one body: the body of Jesus.”

“There are a lot of things we all could do every day to learn about each other,” Pyles said. “There is so much division going on that, sometimes, we all just choose not to learn about the other cultures or other races of people.”

What should young people know about your experiences?

“The racism was much more open when I was growing up,” Pyles said. “The young people, who are going to be our future, handle each other a lot better than their parents did. They hang out together, go places together, eat together and get in trouble together. Not all of them, but the majority. They don’t seem to have near the problems that we did.”

Who inspires you the most?

“For me, my most inspirational figure would definitely be a female,” Palmer said. “Harriet Tubman, for one, because she got out and she came back to get others out. Even militaries say, ‘no man left behind.’ As far as modern-day inspirational figures, I would have to go with Michelle Obama. A lot of people talk about Obama and different things he signed or okayed, but remember that he was a black man with his family in the White House. Three females- his wife and his daughter, who came there young. I often thought to myself, if our country would kill a white president, what’s to stop them from killing a black one.”

“I worried about that man every day for eight years, and I was very proud of him,” she said. “A lot of the good things that they (the Obamas) have done for America, you never really heard about it because nobody wanted to lift him up—everybody wanted to tear him down.”

Stay tuned to the Midweek Edition of the Rogersville Review for part two of this story.