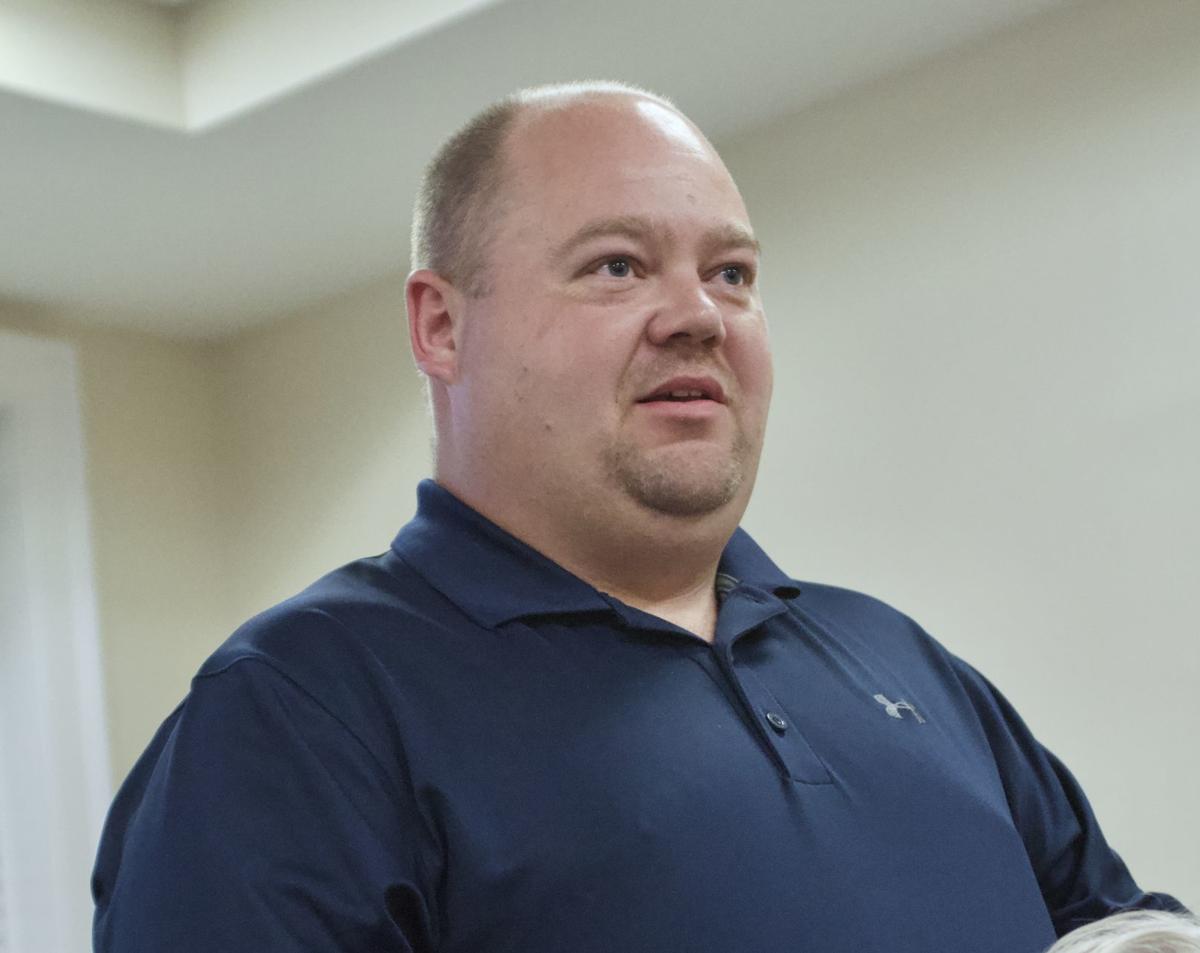 EMA Director, Jamie Miller, requested that EMA be notified by both call and text of certain emergencies in the county.

EMA Director, Jamie Miller, requested that EMA be notified by both call and text of certain emergencies in the county.

At the Jan. 9 911 board meeting, the board decided not to honor EMA Director Jamie Miller’s requested to be called in addition to the automated texts he receives in the case of specific emergencies in the county.

Citing high call volumes at Central Dispatch and the lack of an Interlocal Agreement, Chairman Mike Herrell explained that Miller would be notified of the items he requested via automated text message as usual, but dispatchers will no longer take extra time to call him for every incident on his list.

Herrell later told the Review that, regardless of whether or not Miller is called, the county is already liable in any legal situation that should arise from problems with a 911 call because Mayor Jim Lee has yet to sign the Intergovernmental Cooperation Agreement.

Miller also later told the Review that, by dispatchers only sending a text and not following up with a phone call to ensure that Miller has been notified of an exceptionally bad 911 call, everyone in the county is being endangered.

This agreement is in place because Hawkins County provides $175,000 to Central Dispatch each year. In exchange, Central Dispatch provides dispatching services for all first responders, including police and fire departments, and assumes all potential legal liabilities instead of allowing those to fall upon the county.

The issue over this agreement has been brewing since September, as Lee requested 911 Central Dispatch’s bank records for the past three years, Director Gay Murrell’s payroll summary for the past three years, the minutes from the meeting during which Murrell’s employee contract was signed as well as the meeting prior to the contract being signed before he would sign the agreement.

Lee received the documents in November, and, in the latest development, Lee turned over these bank records to the Tennessee State Comptroller of the Treasury because he allegedly found inconsistencies.

On Nov. 15, just a little over a month into his new role, Miller sent Central Dispatch a list of incidents of which he requested EMA be notified by a phone call in addition to automated text.

The list also included a “ring down call list” that gave an order in which certain people associated with EMA should be notified. Miller was first on the list, and he requested that EMA Assistant Caleb Sick be called should Miller be unavailable. If neither Miller or Sick are available, Miller requested that Lee be notified by phone call.

The list of incidents of which Miller requested to be both texted and called includes 39 different emergencies such as “active shooter or two or more people are killed in an attack,” “any emergency vehicle in a significant accident” or “any mutual aid request by other counties/cities.”

“This whole list could be summed up as ‘the bad 911 calls,” he later told the Review.

Who is legally liable?

Director Gay Murrell then specified that Miller will still receive the automated text messages that he currently receives. When a dispatcher enters the information from a call into the computer system, Miller automatically receives a text with that information.

“My response to that would be that this affects 56,000 citizens in the county plus every business industry for every emergency situation,” Miller replied during the meeting. “I feel like that endangers the public.”

“If you’re not going to notify, the responsibility is on you, not the county,” Lee then said to the board.

“It’s on the county because you haven’t signed the interlocal agreement,” Herrell replied.

“No, there’s no law that requires me to sign that,” Lee responded. “We will look at the interlocal agreement when the Comptroller gets finished.”

“We will stop doing this (calling Miller), unless the board votes to do it, until we get the interlocal agreement signed,” Herrell said.

What does this mean for EMA?

During the meeting, Miller explained that several of the incidents on his list would not be something over which he would receive an automated text. He gave “major illness and breakout” and “major incidents with fatalities” as examples.

“Your automated system doesn’t have the capability of determining that (fatalities),” he said at the meeting.

“We don’t know if there’s a fatality or not as soon as the accident happens, so we’re not going to have that information,” Murrell replied. “How are we supposed to notify you of that?”

“When you have that information,” Miller said.

“I’ve not asked you to stop and call me,” he replied. “I asked you to call me in a timely manner when a dispatcher is not tied up.”

Murrell later clarified for the Review that Miller will now receive all automated texts and will be called in incidents when dispatchers deem that it is necessary. The only thing that will change is that dispatchers are not following the exact list.

“We (at Central Dispatch) don’t stop and call the Sheriff (who also gets automated texts),” Murrell later told the Review. “We don’t stop and call the EMS Director. This is unless a sergeant on the road asks, for example, for us to contact their chain of command. Then, we do it when we have an opportunity to do so. I understand that’s what Miller is asking also, but 9 times out of 10, he has received a text message and then he’s wanting that phone call also.”

Miller later told the Review that, for example, he might get an automated text saying that there had been a vehicle crash, but the text might not specify whether or not there were fatalities. The number of fatalities would be entered into the automated system by a dispatcher later, once the dispatcher obtains that information.

Thus, Miller requested that he be called when this information is obtained.

“This (text only) is not a reliable form of communication,” he later told the Review. “If I don’t have my phone or if my phone is dead, they have no way to know that I didn’t get that message. That’s why I have that list set up in ring down formation. Sometimes I have responders contact me on these types of incidents, but I like for it to be coordinated through 911 so I have one contact point. I am the type person who likes to have things in writing, so that’s why I gave them this list.”

He went on to explain that EMA’s response time greatly affects their ability to mitigate a dangerous situation.

“Obviously there is an issue going on between the Mayor and 911 on the Interlocal agreement, but I don’t think the safety of the residents, businesses and visitors of this county should play into that at all,” he said.

The matter is on the agenda to be looked at again at the next board meeting.