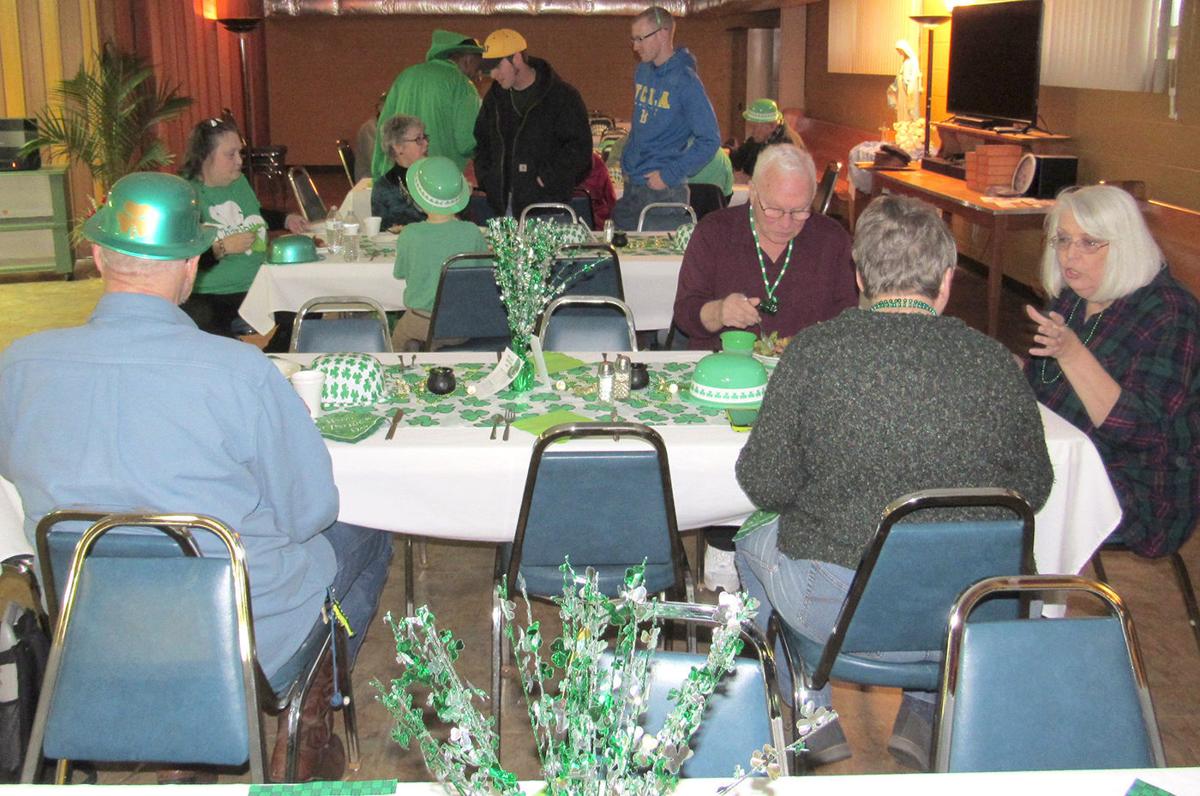 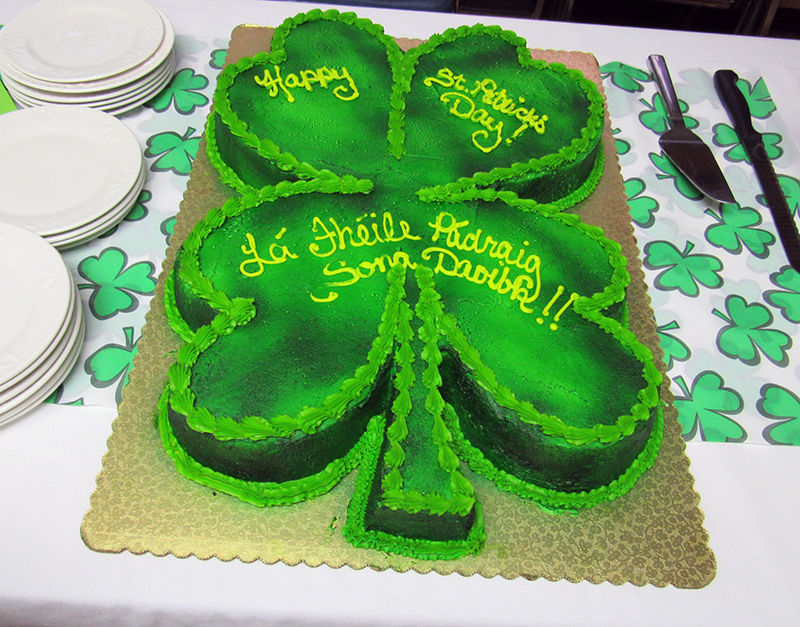 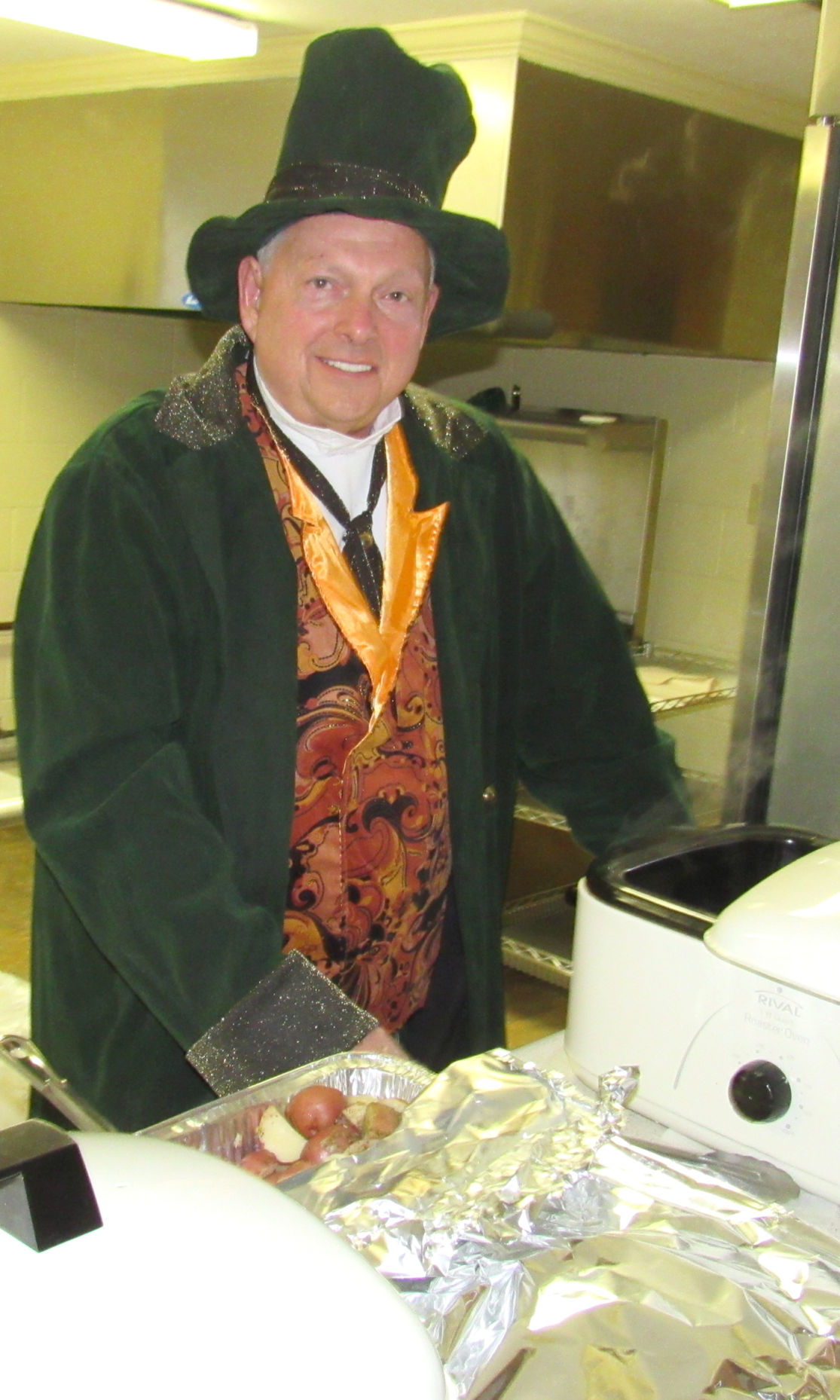 A leprechaun was on hand to dish up the corned beef and cabbage. 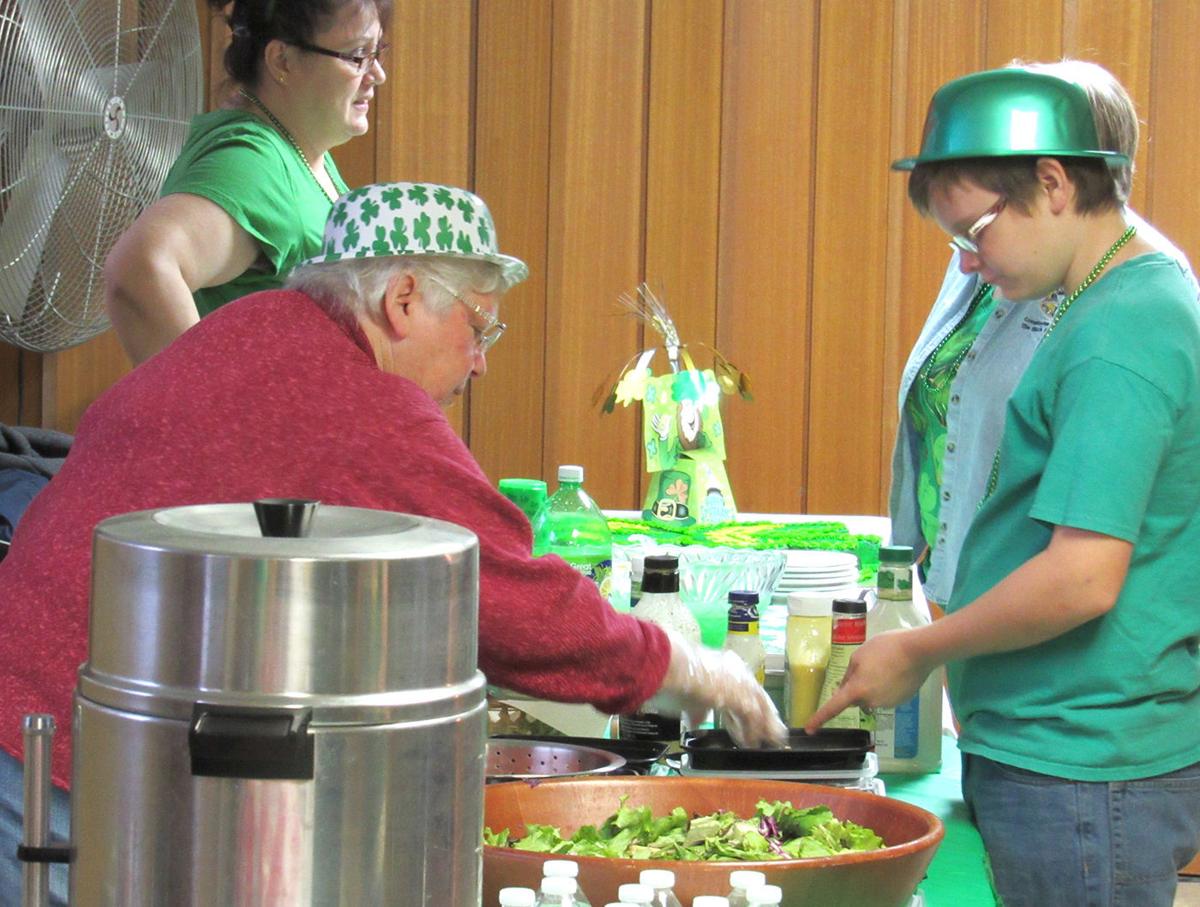 Green hats and beads were the order of the day for the St. Patrick’s Day Dinner. 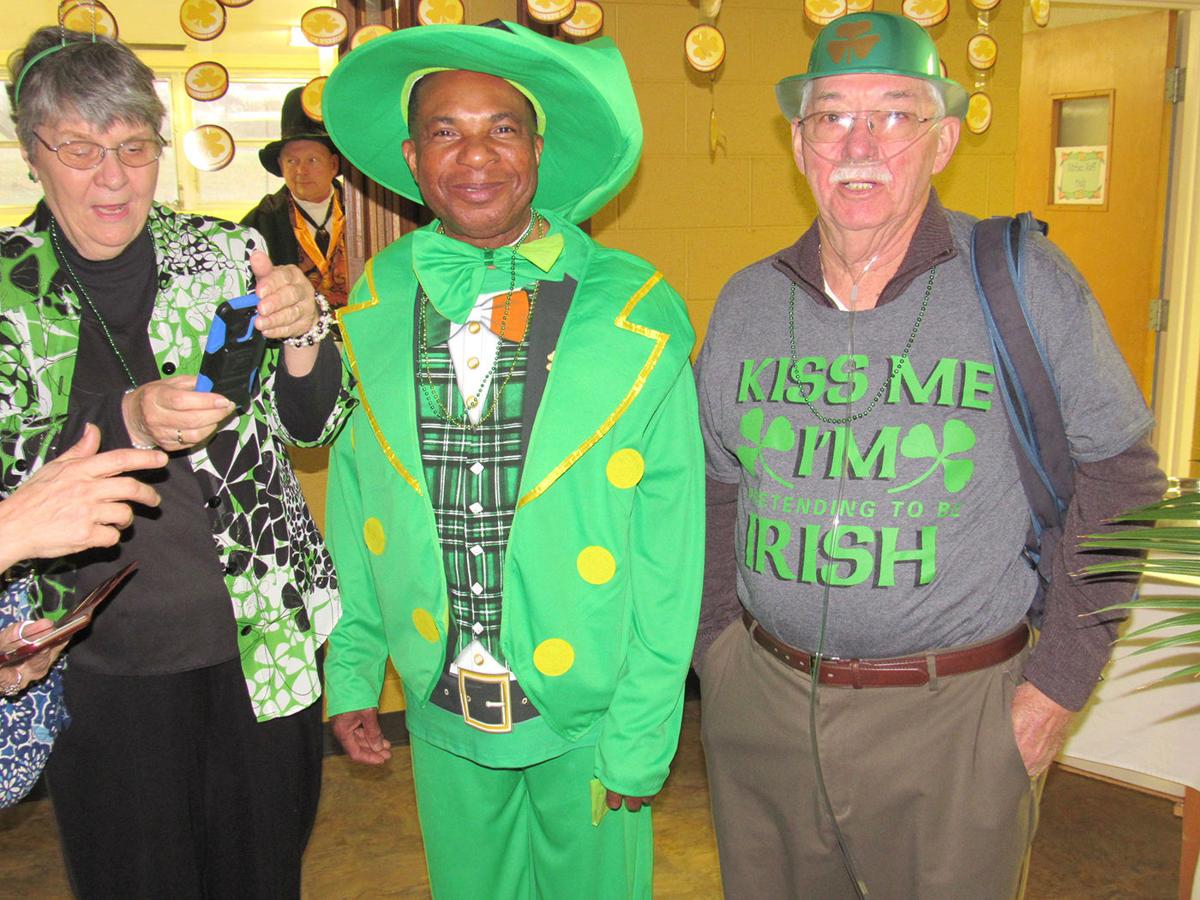 A leprechaun was on hand to dish up the corned beef and cabbage.

Green hats and beads were the order of the day for the St. Patrick’s Day Dinner.

ROGERSVILLE—The Knights of Columbus of St. Henry Catholic Church and St. Henry Volunteers hosted the first of what they hope will be many annual St. Patrick’s Day dinners in the church basement on Friday, March 17.

Grand Knight Steven Meyers said the event was a fundraiser for the Knights and noted that the dinner menu included corned beef and cabbage, a drink and a dessert. Party favors also were included and the buffet table featured a green-frosted St. Patrick’s Day cake in the shape of a shamrock.

Diners were festooned for the occasion with green hats and beads and several patrons wore costumes reminiscent of legendary Irish characters. Parish Priest Father Bart Okere was dressed head-to-toe in green as a leprechaun for the occasion.

A leprechaun is a type of fairy in Irish folklore. They are usually depicted as little bearded men, wearing a coat and hat, and who partake in mischief.

According to Wikipedia, Saint Patrick’s Day, or the Feast of Saint Patrick, is a cultural and religious celebration held on March 17, the traditional death date of St. Patrick (c. AD 385–461), the foremost patron saint of Ireland.

Saint Patrick’s Day was made an official Christian feast day in the early 17th century and is observed by the Catholic Church, the Anglican Communion (especially the Church of Ireland), the Eastern Orthodox Church, and the Lutheran Church. The day commemorates Saint Patrick and the arrival of Christianity in Ireland and celebrates the heritage and culture of the Irish in general.